Wizards plummet to No. 9 overall pick in 2019 NBA draft 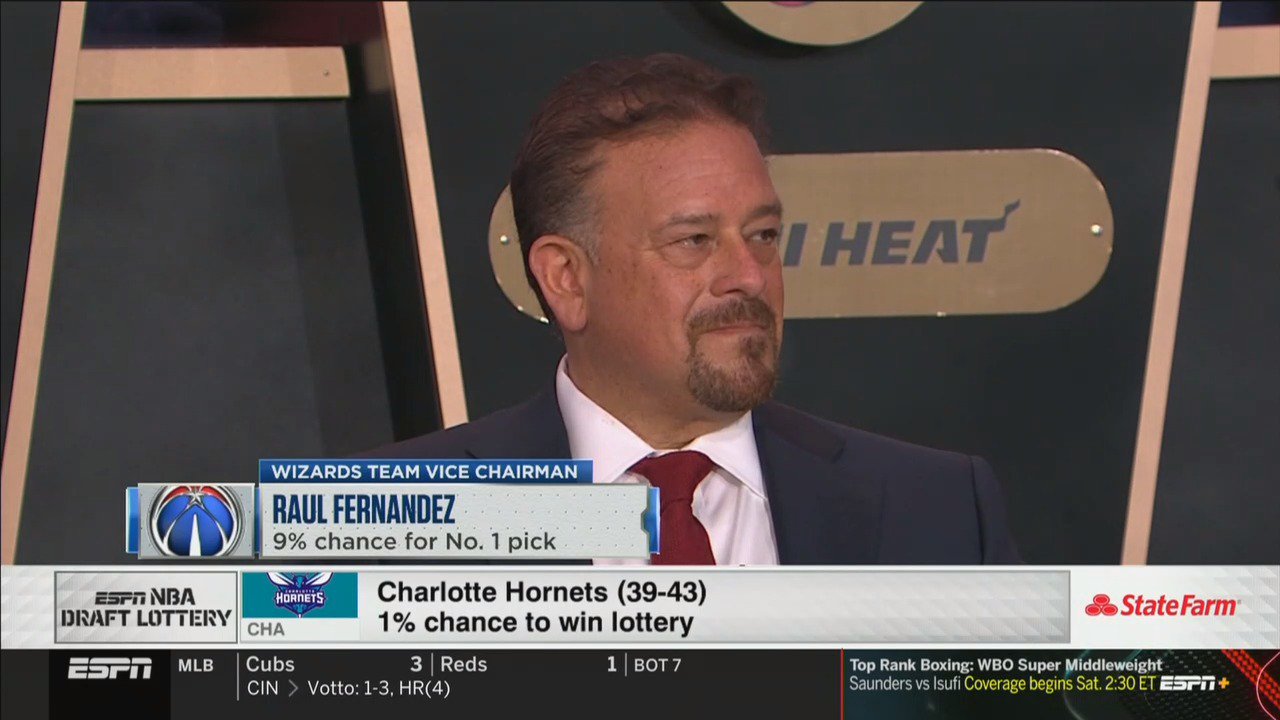 Wizards plummet to No. 9 overall pick in 2019 NBA draft

The New Orleans Pelicans, Memphis Grizzlies, and Los Angeles Lakers all leapfrogged the Wizards into the top-4 despite having a better record than Washington this season. The new anti-tanking format has seemingly revolutionized the NBA draft lottery in its inaugural season and the Wizards got the short end of the stick. Here are the full results of the 2019 NBA draft lottery.

The likes of Zion Williamson, Ja Morant, R.J. Barrett, Jarrett Culver, and Brandon Clarke will almost certainly be off the board by the time the Wizards are on the clock on June 20th at the Barclays Center. Some names that might still be there include SF Cam Reddish (Duke), C Jaxson Hayes (Texas), SF De’Andre Hunter (Virginia), C Bol Bol (Oregon), F Sekou Doumbouya (France), G Coby White (North Carolina), PG Darius Garland (Vanderbilt), C Bruno Fernando (Maryland), SG Tyler Herro (Kentucky), SG Romeo Langford (Indiana). All of the draft boards will shift daily based on the upcoming combine, team pre-draft workouts, and more so maybe someone not already named will be a Wizard in just over a month.

Right out the #SoWizards lottery gate we have a popular name emerging… Bol Bol pic.twitter.com/qBO8J1pXeC

Ted Leonsis must now return focus to officially naming the next front office head after 16 seasons of Ernie Grunfeld as team president. Whether that is removing the interim tag from Tommy Sheppard or reuniting Scott Brooks with Troy Weaver, things need to get going. In seasons where Washington made the playoffs and/or did not have a first-round draft pick, they started pre-draft workouts in late May. That does not seem readily feasible if Sheppard is not part of the organization’s future. Other lottery teams have already held multiple pre-draft workouts, while the Wizards have been idle.

On the bright side, not actually, Washington will save $1.3 million during the upcoming season with the No. 9 overall pick projected to make $4.5 million relative to the $5.8 million the No. 6 overall pick will make. Should they guarantee the contracts of Jordan McRae and Tarik Phillips, who Sheppard awarded non-guaranteed contracts to at the end of the season a month ago, the team has six empty roster spots with only $12.4 million in salary cap space. If they want to compete for the playoffs like majority owner Ted Leonsis has made known, the five-month offseason rebuild has not started off well.