Your Morning Dump... Where we digest rumors and lottery odds 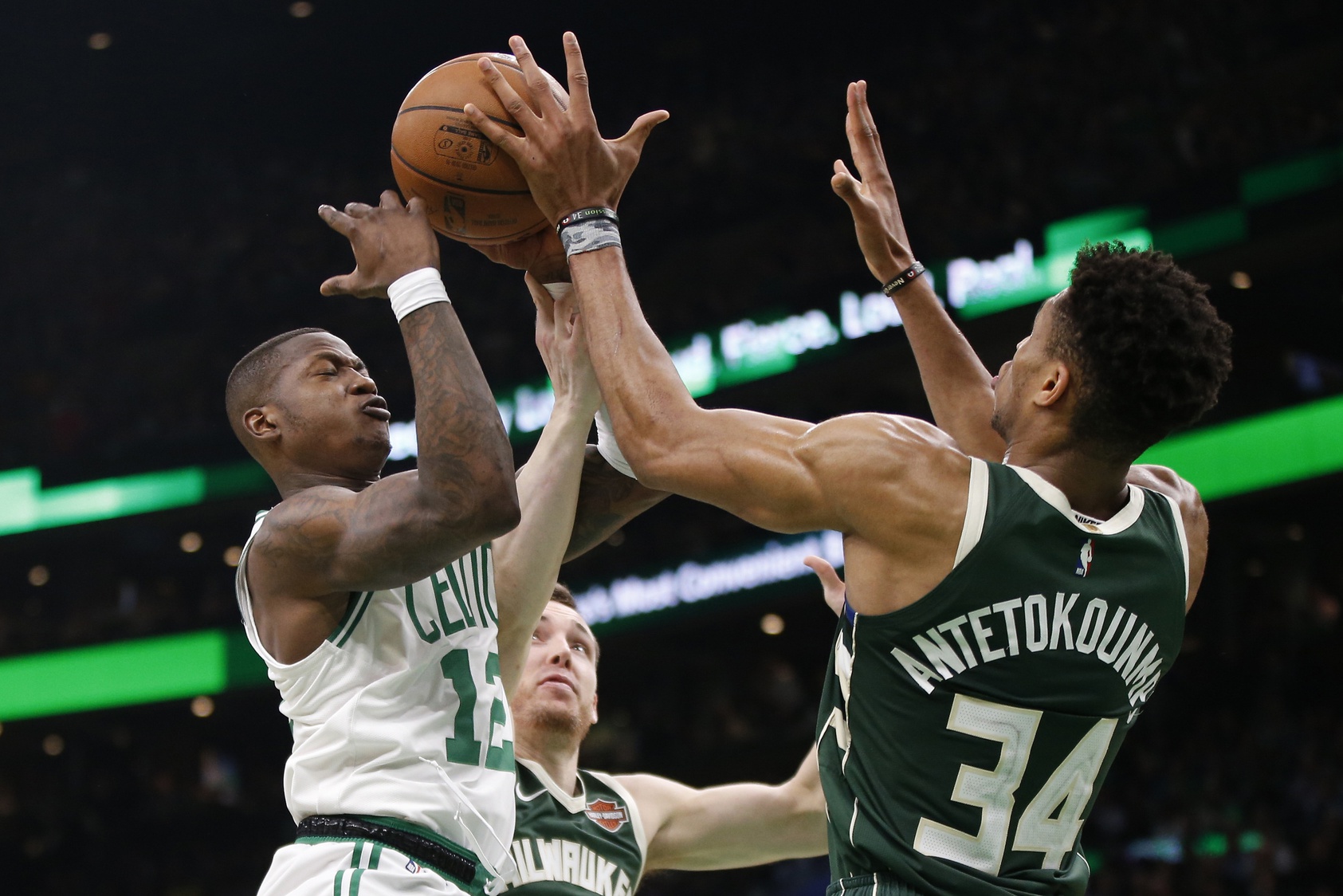 Your Morning Dump... Where we digest rumors and lottery odds

And while Irving is the bigger priority for New York, if the Knicks are able to land the No. 1 overall pick and package that in a trade for Anthony Davis while also securing Kevin Durant via free agency from Golden State, that would take them more or less out of the hunt for signing Irving and force them to potentially swing a deal for a less-established playmaker like ex-Celtic Rajon Rondo or a young player with upside… a player like Rozier.

Because Rozier will be a restricted free agent, the Celtics will have an opportunity to match any offer sheet the 6-foot-2 guard signs this offseason.

Like most of the Celtics, this was a rollercoaster of a season for Rozier, who was banking on a bigger, more consistent role after turning down a multi-year extension from the Celtics that was worth about $12 million per season.

It is unclear if Rozier will secure a deal in that neighborhood, or whether the Celtics would be inclined to match such an offer.

I’m just going to say this right now: If the Knicks’ front office is planning to get the number one pick, trade it for AD, and then sign Kevin Durant, they are living in a fantasy.

That is not the strategy of a competent, well-run franchise. That is the idle, end-of-the-bar chatter of half-awake and half-sober fans. It’s the raving of guys who frequent message boards and post really long, highly detailed strategies that are dependent upon luck and thoroughly implausible actions by other GMs and players.

However, as with the mind-searingly stupid contracts that were handed out by teams that didn’t win the KD sweepstakes a few years back, the Knicks could very well hand out a stupid contract to Rozier when they whiff on KD and Kyrie. It could happen–in which case, Rozier wouldn’t necessarily pay a price for his petulance this season in money, he’d pay it by playing for a franchise that has managed to squeeze something like a decade of competence out of its 75 year history.

Page 2: Where Michigan might make a run at Brad?

A high-profile college job is vacant, so that can only mean one thing around these parts… Brad Stevens’ name will be tossed around as a potential target of that team’s search even though there’s no indication he would consider such a job or that Danny Ainge would allow him out of his multi-year contract to pursue such a position.

The Michigan Wolverines are in the market for a new head coach after John Beilein accepted the Cleveland Cavaliers’ head coaching job.

It is unclear if the Wolverines have asked to speak with Stevens, something that if they did would likely get rebuffed by Ainge, Boston’s president of basketball operations.

And, once again, in the realm of fantasy speculation, Brad Stevens accepts a head-coaching gig at Michigan because (pick one or more of the following):

As the NBC Sports article points out, when Brad Stevens completes the 2019/20 season, he will have coached the Celtics for seven seasons—one more season than he coached Butler.

It is incredibly unlikely that Stevens will leave the NBA before winning a championship here. He’s not, in any way, shape or form, wired to walk away from a rough season like this one, in search of ‘easier’ options.

There’s also a stench of hypocrisy around big-time college athletics that Stevens has said he’s uncomfortable with. Yes, cheating goes on in the NBA all the time as well, but nothing on the scale of the NCAA’s ‘amateurs’ getting tens of thousands of dollars under the table, while their coaches get millions annually for turning a blind eye to it all.

Because Boston stands to potentially receive two picks in the lottery, I’ve highlighted the pick odds in two different colors. 0.0% indicates some probability less than .05%

The odds for the Memphis pick are in blue, and they sum to just about 43%. There is a 43% chance that Boston will have two picks in the 2019 lottery.

There is some funky interconnectedness at work here as well.

If Boston gets a top three pick from Sacramento, they will automatically get the pick from Memphis (because if any team jumps into the top three, the Memphis pick gets bumped out of its protection). If Philly gets the Sacramento pick, Boston will automatically get the Memphis pick, so Boston is absolutely guaranteed to have at least three picks in the 2019 draft.

What to watch for during the drawing:

If any team from Dallas to Sacramento appears out of order, then Boston is getting the Memphis pick.

There’s about a 43% chance that Boston ends the night with four picks in total and a 57% chance they end the night with three picks–because if the Sacramento pick transfers to Philly, the Memphis pick will automatically transfer to Boston.

Boston Herald: Breaking down the Celtics’ draft lottery chances and how they got here