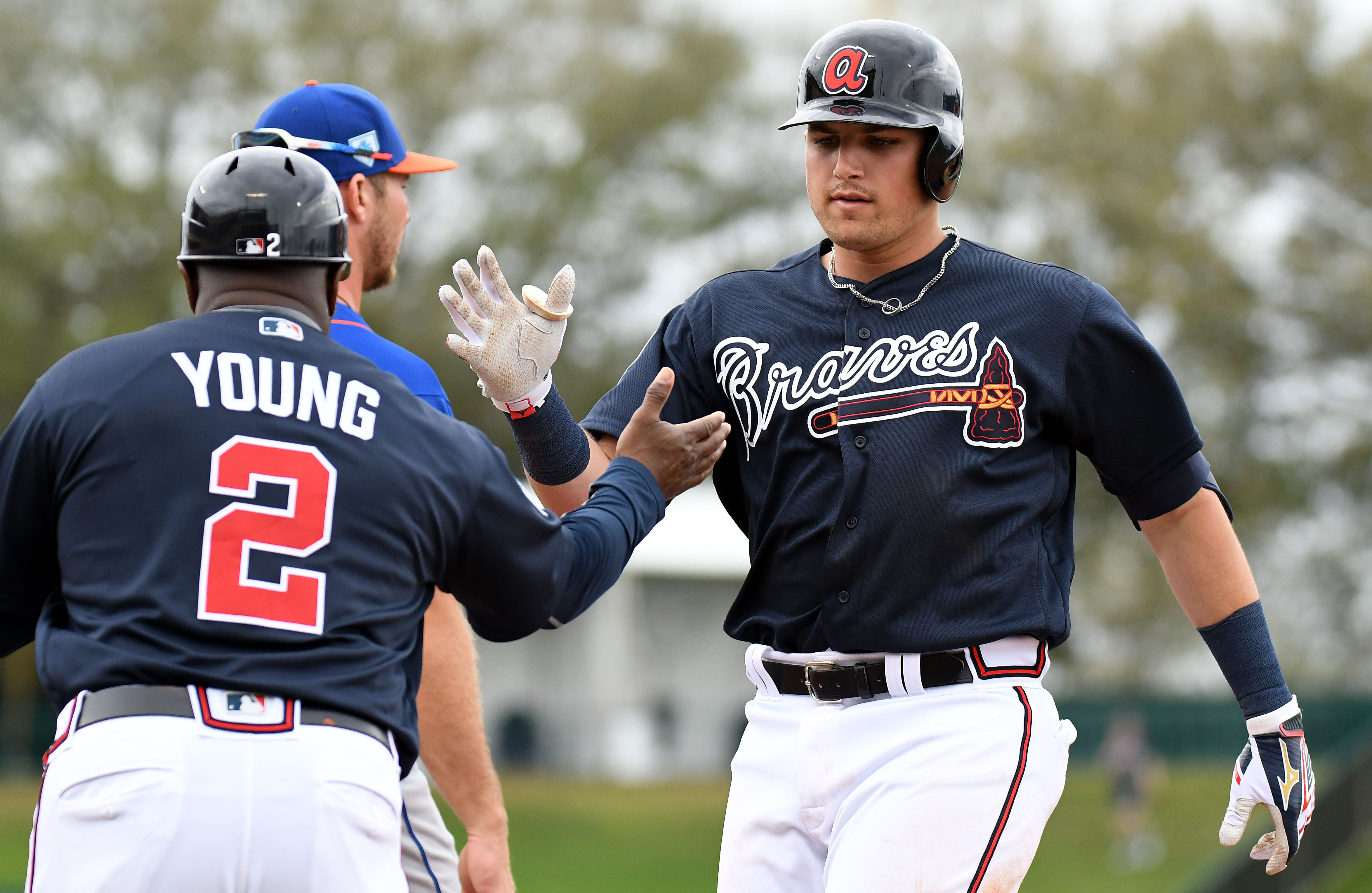 With Austin Riley heading to the majors today after Ender Inciarte’s move to the Injured List, it got me thinking about how I view prospects. Sometimes, I find myself behind the curve. Sometimes, I’m ahead of it. With Riley, I have no problem admitting I was a bit behind, but let’s get into why and what we can expect from Atlanta’s latest uber-prospect to join the bigs.

But first, a story. When Jeff Francoeur and Brian McCann were rocketing up through the farm, Francoeur was always rated the better prospect. Better high-end potential, better power, etc. But to me, McCann was the guy that deserved the better rank. It was McCann was showing the most important “tool” in my book – progression. Sure, Francoeur put up some big numbers in the minors, but he didn’t show real progression despite being a high school kid. You expect more finished products from the college ranks. It seemed in many ways, Francoeur was a near-maxed out prospect. Most notably – his understanding of the strikezone was just as poor in 2002 when the Braves picked him as it was in 2005.

Conversely, McCann’s plate awareness was improving every year. He learned the strikezone and as a result, he looked to me like the better prospect. I get a lot of takes wrong, but my Francoeur/McCann take? Well, one is announcing the games while the other still plays in them.

Several years later, I have been both high and not so high on Austin Riley. What I wanted to see was tangible progression as a player. It’s the same reason I was slow to rank Cristian Pache higher. I recognized the potential, but I put Drew Waters and William Conteras over him because I wanted to see more performance from Pache. Does that mean I’m slow to catch up because I ranked Pache a little lower than others? Absolutely. Does it also mean I don’t, in retrospect, over rank super-toolsy players who are high on raw potential and low on functional skills? I think it does.

In Riley’s case, I bought a bit more into his skillset the more he advanced in the system. Last winter, I ranked him as my fifth-best prospect and I also wrote about his super-high BABIP in January, pointing out that his .400+ BABIP was less of a sign of a Chris Johnson-like regression and more an indicator of his abilities.

But I still had my concerns even if BABIP wasn’t one of them. His walk-rate had stagnated around 8% while his strikeout rate was far too close to 30% than I preferred. Since strikeout rates often increase as a player transitions to the majors, that was a bit of a worry. Not so much that you lose your mind – again, my 5th-best prospect – but something you use to temper expectations. Yes, Riley had legit power and often flashed at least a 55-grade hit tool, but contact deficiencies and strike-zone awareness could be his undoing. He was looking more like he could have a Francoeur track rather than a McCann one.

Flash-forward to 2019 and, well, somebody’s put in some work. Certainly, we can talk about the power numbers. He’s already smashed 15 homers this season – just four fewer than he hit last year and only five away from his career-best. Some of this is due to Triple-A adopting the same ball that Major League Baseball uses. We call it the juiced ball and it leads to overall higher power totals throughout baseball. That can make it difficult to judge power numbers, but a .382 ISO is damn impressive regardless of the level or even the ball.

But the most impressive number hasn’t been his power or his walks to me – and both are highly impressive. What has been the most eye-opening stat is that Austin Riley is striking out 19.1% of the time. That’s a drop of 10% in strikeout percentage from what he did in Triple-A last year and around 7% lower than his career mark. And if you clicked on the article from Baseball America related to the MLB ball in Triple-A, we have seen both power and walk numbers increasing in the minors. So, Riley has followed the crowd there. But where he shows his most progression is the strikeout total because Riley is going again the grain. Those numbers are up throughout the minors. Riley’s are down.

Riley is not just striking out less, but doing so while the league is striking out more. That fact puts his walk totals into a greater context. He’s not simply walking more because pitchers are throwing more pitches out of the zone in general. He’s showing improved plate awareness as well. And despite making more contact, which can hurt power numbers if you’re simply trying to just avoid strikeouts, he’s hitting more homers. Riley is acing three things all the exact same time – better plate discipline, smarter plate awareness, increased power.

Does that mean Riley is about to take off and destroy the National League? God, I hope so, but he’s still just 22 years-old. It could take a little while to get going. And defensively, he could be an issue since left field is still fairly new to him.

But what you really love is that the Braves took stock in the player Austin Riley was after 2018 and believed he needed a lot more seasoning. Despite a capable third baseman, they signed Josh Donaldson to upgrade both the bench and the lineup. They essentially told Riley to keep working and in 2020, he could have his chance. And he said, “nah, bruh, I want my chance now.” Riley progressed. He forced the Braves to make a decision. Oh, they could have brought up Adam Duvall – who, by the way, does deserve a call up. But Riley was not to be denied.

So, on Austin Riley Day, let’s not forget that Riley didn’t just fall into this. He’s not just the top positional prospect who was in Triple-A. He made the Braves change their plans. And as Snoop Dogg’s best friend might say, it’s a good thing.