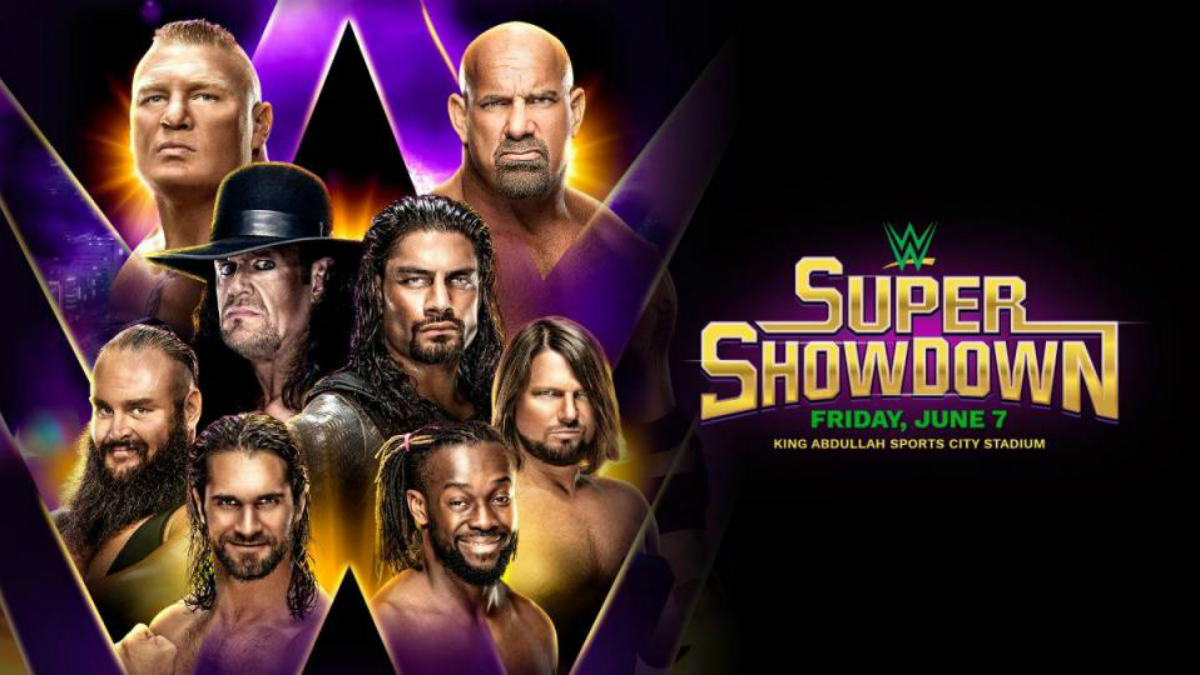 WWE Super ShowDown is scheduled to occur at the King Abdullah International Stadium in Jeddah, Saudi Arabia. This will be the third installment of WWE’s partnership with Saudi Arabia, with the Greatest Royal Rumble occuring on April 27, 2018, and Crown Jewel occuring on November 2, 2018.

So far, WWE has announced three major matches, which include a first-time-ever bout between Goldberg and The Undertaker, along with Triple H vs. Randy Orton and a 50-man battle royal. Along with these matches, Wrestlelamia reports several other matches scheduled for the card based on local advertisement.

This story has been updated with a comment @stipemiocic provided me tonight. Been a long wait for him to get this rematch. https://t.co/6SN9jBrnle

Another possible spoiler involves the WWE Championship, as Kofi Kingston is scheduled to face Kevin Owens in a rematch. In the advertisement, Kingston was still shown as the champion. Other matches include Braun Strowman vs. Drew McIntyre, and Finn Balor defending his Intercontinental Championship against Andrade.

At WrestleMania 35, Paul Heyman kicked off the show announcing that Lesnar demanded that he be put on first since his match did not make the main event. Rollins came down to the ring, and was introduced to several minutes of Lesnar assaulting him.

When the bell rang, it appeared as if Lesnar was going to proverbially pick up the scraps and secure a victory. However, Rollins had a devious plan up his sleeve, and low-blowed Lesnar. This was followed by three curb stomp finishers, and just two-and-a-half minutes after the match officially started, Rollins was champion.

Since then, Rollins has been feuding with AJ Styles, after Styles was sent to Raw from SmackDown after the Superstar Shake-up, and won his respective triple threat match, along with his match against Baron Corbin, to become the number one contender.