Your Morning Dump... Where the draft lottery starts to mold the Celtics' summer 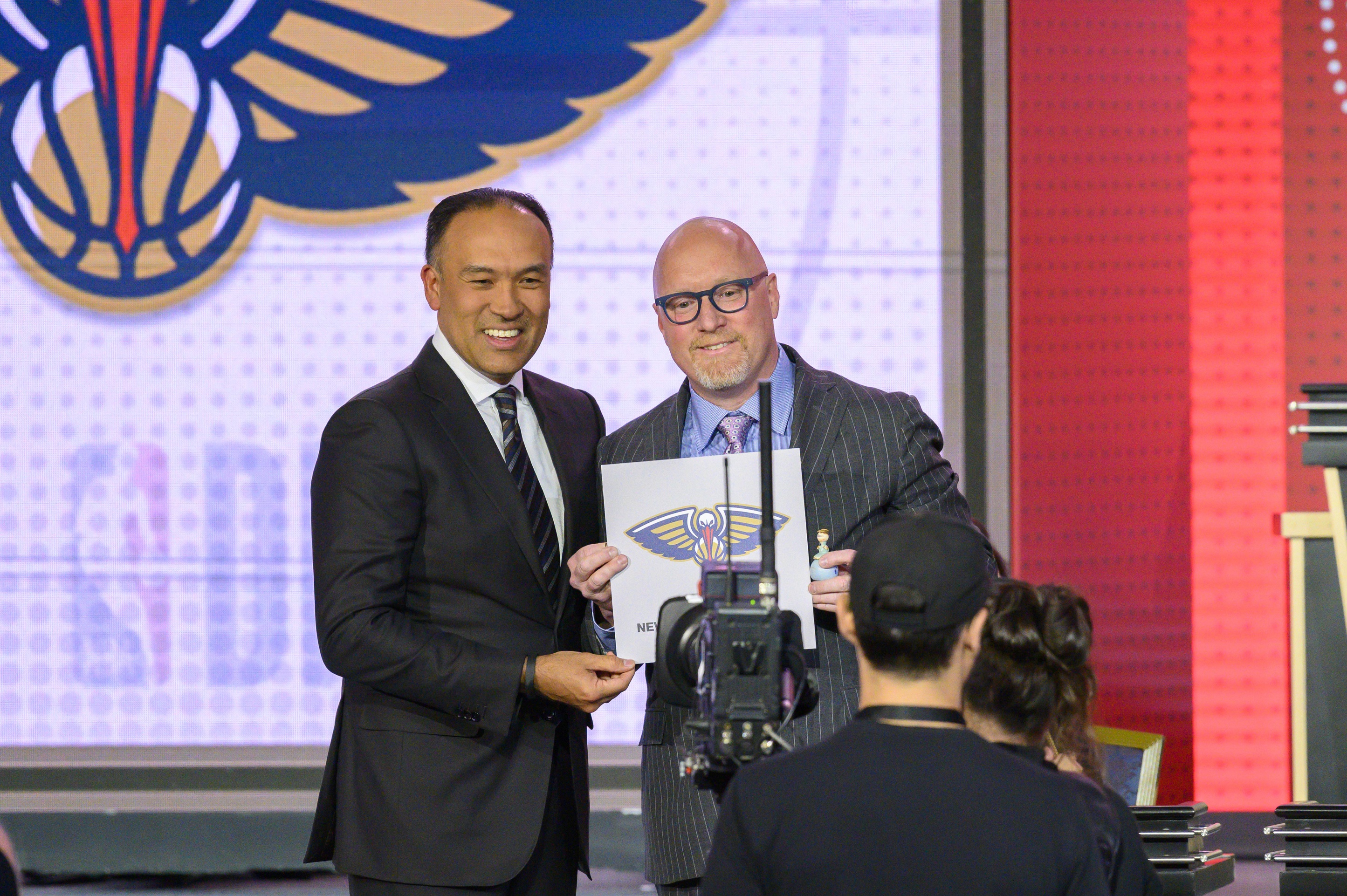 Your Morning Dump... Where the draft lottery starts to mold the Celtics' summer

The Boston Celtics no longer have to worry about the New York Knicks or the Los Angeles Lakers landing the No. 1 pick and gaining an opportunity to trade Zion Williamson to the New Orleans Pelicans in exchange for Anthony Davis.

Instead, the Pelicans will be able to draft Williamson for themselves. Before you wonder, the answer (reportedly) is no: Davis is not swayed by the possibility of playing with Williamson, and he still wants out of New Orleans.

According to the Athletic’s Frank Isola, Celtics GM Danny Ainge still wants to make a deal for Davis, believing that Kyrie Irving will re-sign if Davis is brought on board.

There’s a lot to digest after last night. While New York and Los Angeles (how the hell did they get into the top four??) drew everybody’s attention, Memphis landed at second overall, meaning their pick does not convey to Boston this year. That pick is top six protected next year and unprotected the next. As Memphis rebuilds, and now have legitimate reasons to trade Mike Conley away, that pick could have some real trade value for Boston. It might not trump LA’s fourth pick this year, but Boston’s young players are still some of the best assets on the market (and I’m already packing my bags for New Orleans if Marcus Smart and Jaylen Brown are traded there.)

Trade rumors aside, the Eastern Conference in general got wrecked by ping pong balls. Cleveland fell to fifth, the Bulls fell to seventh, and the Hawks fell to eighth. The lottery is a crapshoot no matter where you pick, but it was still a big blow to Atlanta in particular who could’ve made a serious leap in the standings with a top-four pick. Washington, who’ve been in perpetual freefall for – checks watch – a decade are picking ninth. Ouch.

If you believe Kyrie rumors (which you shouldn’t, because he never talks to anybody about anything) then you might feel less paranoid about losing him to the Knicks. Landing Zion also makes it a little easier to for New Orleans to deal Davis and start anew, which almost certainly gives Boston a chance to get a deal done for Davis. If that doesn’t keep Kyrie around, I don’t know what will.

My stance on this hasn’t changed: I’d rather keep the young guys on cheaper deals than turn them into one super-mega All-Star because my brain is stupid and I just really like Jaylen Brown and Jayson Tatum. It’s not a rational way to look at it and I don’t care. Don’t take my sons away, you heathens.

One tidbit from Celtics assistant GM Mike Zarren – the 14th pick came within one ping pong ball of landing at No. 4.

OFFICIAL: The Celtics own the following picks in the first round of the 2019 #NBADraft

Pelicans’ Anthony Davis will play game one of the 2019-20 NBA Season in a Boston Celtics uniform says @bookmaker_eu:

MassLive: Bol Bol, Brandon Clarke, and five players to keep an eye on with the No. 14 picks

USA Today: An early preview of 2019-20 offseason for the Celtics