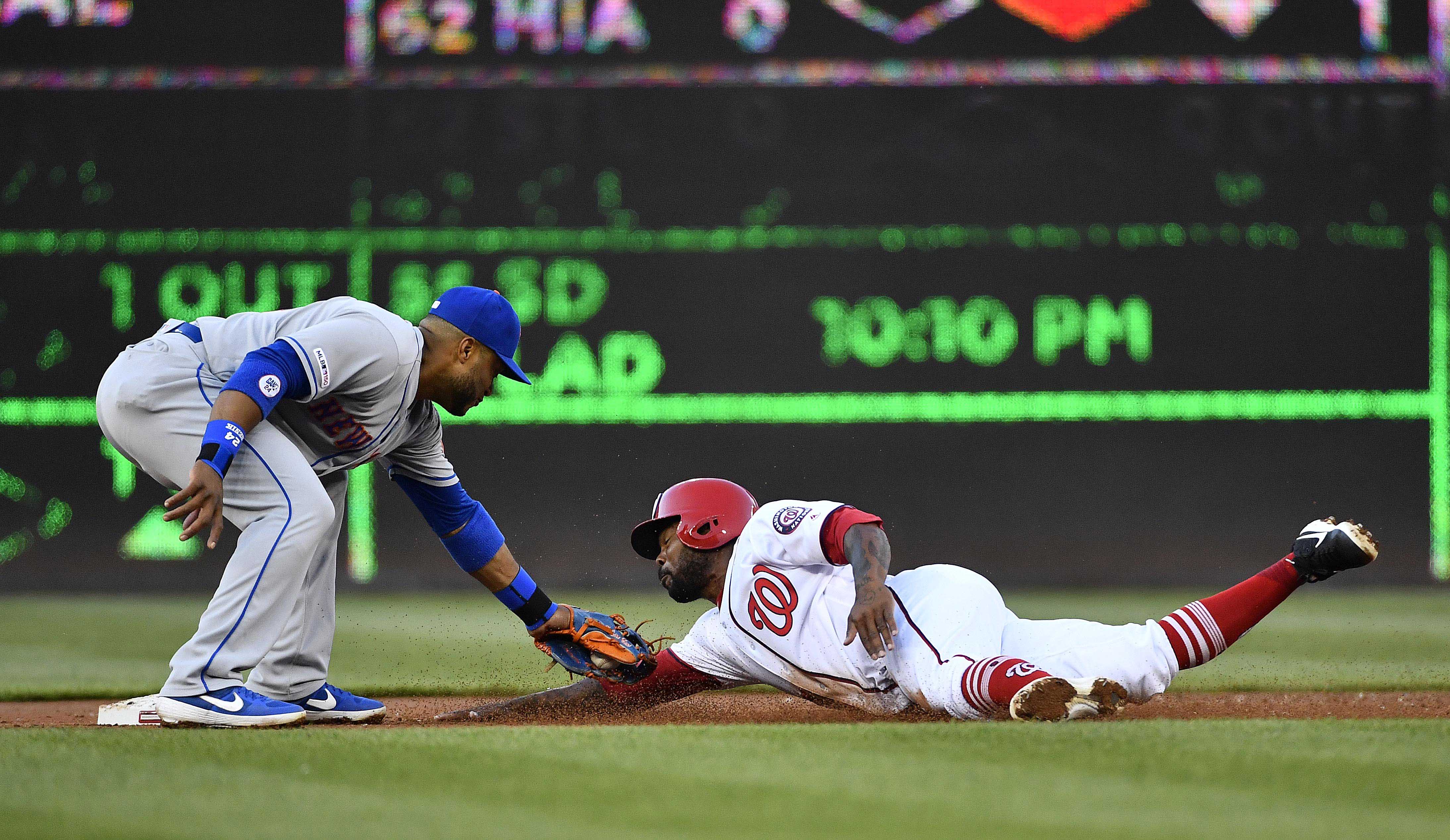 The New York Mets (20-21) saw their three game winning streak come to an end last night. The result was predictable as Wilmer Font struggled in his second start for the Mets, giving up five runs in 2.1 innings to allow the Washington Nationals (17-25) to walk away with a win. The two teams have now split the first two games of this series and will look to secure the rubber game this afternoon. First pitch for the matinee affair is scheduled for 1:05 p.m. at Nationals Park.

The Mets will send right hander Zack Wheeler (3-2, 4.35 ERA) to the mound this afternoon. Wheeler picked up an easy win last Friday, allowing two runs in seven innings while striking out 11 as the Mets cruised past the Miami Marlins 11-2. The Nationals will counter with struggling righty Anibal Sanchez (0-6, 5.27 ERA). Sanchez didn’t last long in his last start, giving up three runs in 4.1 innings to lose to the Los Angeles Dodgers last Friday, his fifth consecutive loss.

Here’s how we stack up. 👀 #LGM pic.twitter.com/Fkh5WpBWQD