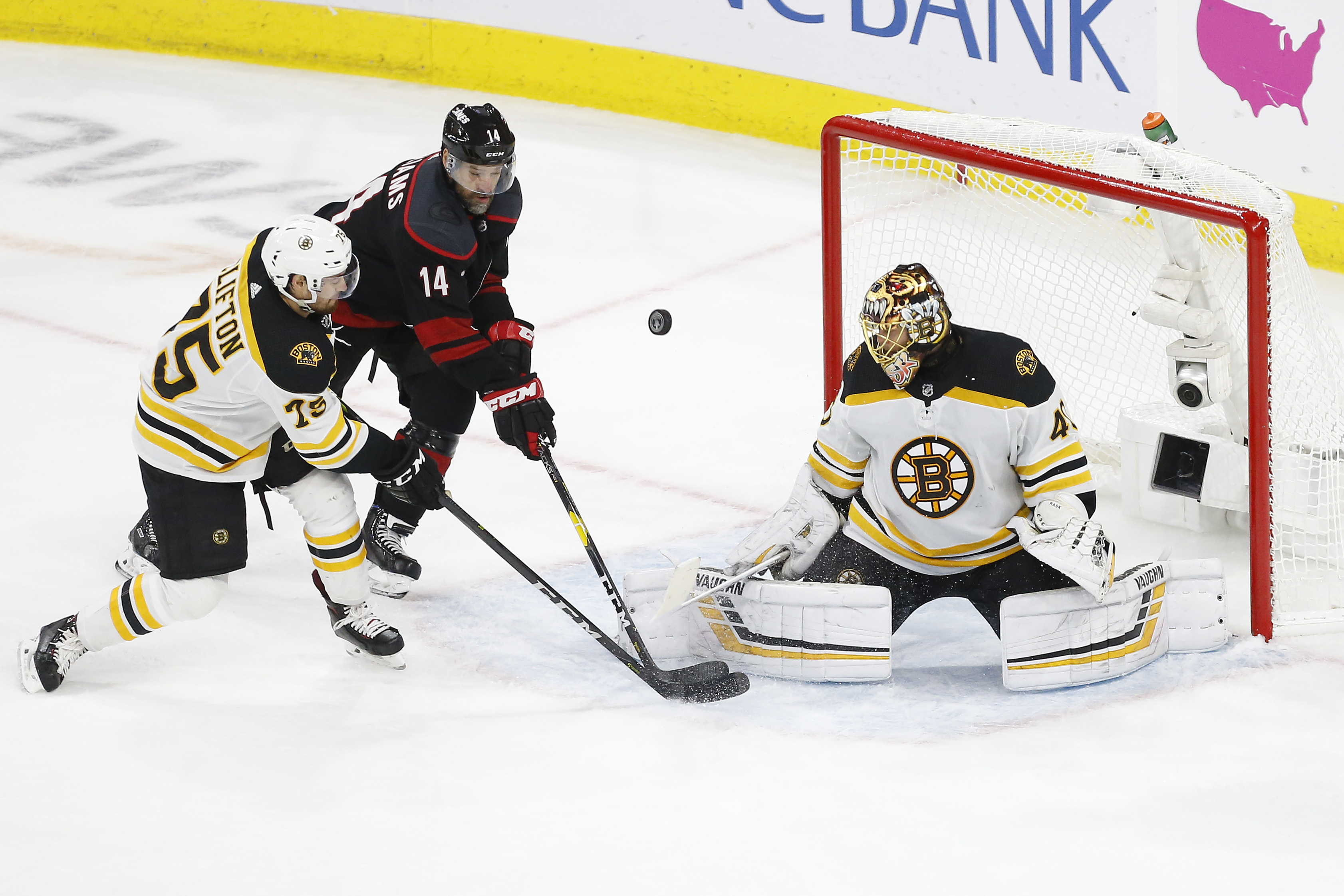 For the third time this decade, the Boston Bruins are playing in the Stanley Cup Final. On Thursday night in Raleigh, North Carolina, Tuukka Rask made 24 saves for his seventh career National Hockey League playoff shutout as the Bruins blanked the Carolina Hurricanes 4-0. In a dominant series for the Bruins, Boston swept Carolina in four straight games and outscored their opponent 17-5.

There was no doubt Rask was solid on Thursday, but the Bruins no. 1 line of Patrice Bergeron, Brad Marchand and David Pastrnak showed up too. Pastrnak scored the game winning goal at 4:46 of the second period on the power play from Marchand and Torey Krug. Bergeron then scored the next two Bruins goals from Pastrnak, before Marchand scored into an empty net from Bergeron and David Krejci to seal the deal.

One could argue that the Bruins no. 1 line has been the most consistent line in the NHL over the last couple of seasons. In the 2019 Stanley Cup Playoffs, they have combined for 47 playoff points in only 17 Bruins games. Even last year in the 12 Bruins postseason games, Pastrnak, Marchand and Bergeron combined for a staggering 53 points.

The Bruins will now await the winner of the San Jose Sharks and St. Louis Blues. The Sharks currently lead the Western Conference Final two games to one with game four to be played in St. Louis on Friday night.

The Bruins could be extremely well rested heading into the Stanley Cup Final. The Blues and Sharks are playing a very tight series at the moment and it is very possible that the series could go seven games. If that is the case, it is very possible that the Stanley Cup Final will not start until May 27, which would mean the Bruins would have a remarkable 11 days off before they play their next game.