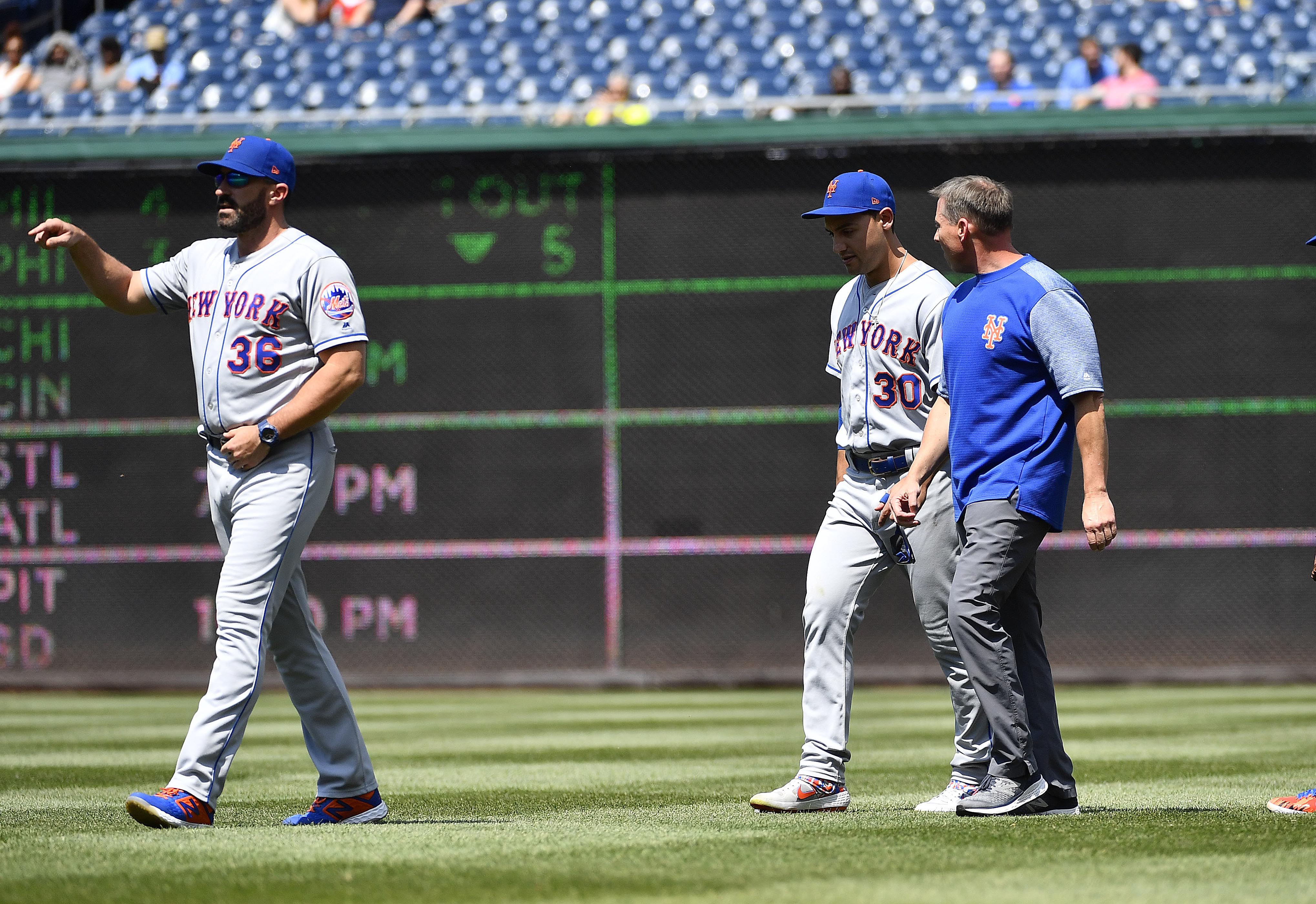 This was the one the Mets needed to have, and they let it slip away.

Zack Wheeler gave up four runs in the first inning to get the day off to a roaring start. The first two hits in the inning by Eaton and Robles were bleeders, but then a bad pitch to Anthony Rendon for a single to make it 1-0 Washington put the wheels in motion. After Howie Kendrick drove one in on a groundout, Gerardo Parra blasted one to the deep part of the park for an RBI double, and then Kurt Suzuki blasted one off the wall to make it 4-0.

At the very least, the Mets were facing the struggling Anibal Sanchez. When he left the game in the second inning due to a hamstring injury, the Mets were looking at, at the very least, 6 and 2/3’s innings against Nationals relievers not named “Doolittle”, and the Mets responded with a game tying rally in the third capped by a Michael Conforto three run homer.

So it’s a brand new game, Nats bullpen engaged. It’s time for Wheeler to shut the Nationals down the rest of the way. Instead, he gives up a two run HR in the fifth to Parra, who has been his Kryptonite in his career. I’m going to be harsh here, but aces win games like this after bad starts. Yes, it’s on the lineup to score runs against that awful bullpen so they don’t get a pass either, but they did lose Jeff McNeil to abdominal tightness (which could be a muscle strain or expired sour cream, I don’t know) and Michael Conforto to a collision with Robinson Cano in the field (slumping players should try really hard not to take out teammates on defense.) The Mets needed an A-1 performance after that first inning and didn’t get it.

The lineup did have an opportunity to beat up on the Nationals bullpen and blew it. They got blanked by a guy with an ERA over eleven and another guy with an ERA over six. But with the injuries to McNeil and Conforto, it wasn’t really the lineup that was exposed so much as their depth players. Todd Frazier had a big double in the ninth inning (that said, I’m happy that J.D. Davis is playing more than Frazier, and now with McNeil hurt Davis will apparently play in left field on Friday so chalk that one up in the W column so far for Brodie), but the Mets didn’t really need six at-bats from Juan Lagares and Keon Broxton, including the last out of the game where Broxton struck out on a 93 mph fastball.

And that goes back to what I said yesterday about these depth moves costing the Mets ballgames. Font was a negative factor yesterday. Broxton, with a chance to step up not only hasn’t, but has been downright awful for the Mets. It begs the question why acquire him in the first place … especially when a factor in his time in Milwaukee was not getting enough playing time. Why trade three minor leaguers for him to be a fifth outfielder which isn’t his best chance to succeed?

Between Broxton and Cano in a slump until today, the reviews are becoming decidedly mixedon Brodie’s first season here. It was supposed to be better. Maybe that seems like I’m jumping the gun and being all “talk radio-y”, but losing two out of three to a wounded Nationals team is extremely disappointing. Brodie, Wheeler, and what was left of the starting lineup deserve to share the blame on that.