Raptors must find a way to defend Brook Lopez 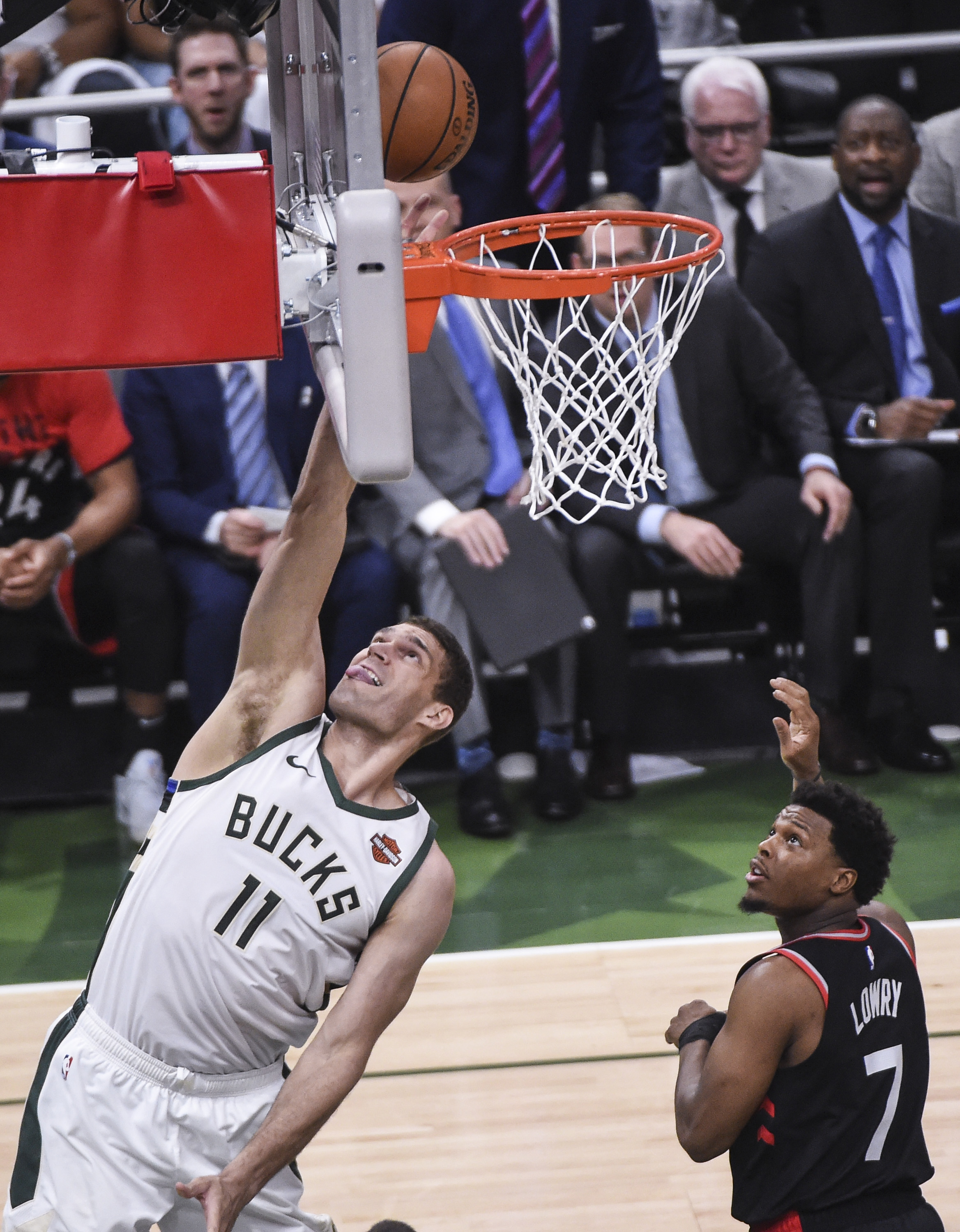 Raptors must find a way to defend Brook Lopez

Heading into game two of the 2019 Eastern Conference Final of the NBA Playoffs, the Toronto Raptors definitely have their hands full with the Milwaukee Bucks. In game one on Wednesday, it was not at all surprising that Bucks all-star swingman Giannis Antetokounmpo had a double double with 24 points and 10 rebounds. What was surprising however was the fact that Brook Lopez had an even better offensive performance with 29 points, and a double double himself as he collected 11 rebounds.

If the Raptors have any chance in this series, they will need to find a way to defend better in the paint. The Bucks, who also got a double double from small forward Khris Middleton (11 points and 11 rebounds), clearly had their way with the Raptors as they outrebounded Toronto 60-46 in 48 minutes during their 108-100 game one victory.

One Raptor who clearly needs to be better is Marc Gasol. Even though he had 12 rebounds against the Bucks in game one, he had zero offensive rebounds, and was not a factor offensively whatsoever as he only scored six points. Statistically, Gasol only had 39 rebounds in seven games against the Philadelphia 76ers in the Eastern Conference semifinals, but was very effective in defending Joel Embiid, who was very inconsistent at times in the series. He will need to be counted on throughout the series against either Antetokounmpo or Lopez.

One positive for the Raptors was their three-point shooting. Kyle Lowry was seven for nine from beyond the arc, while Pascal Siakam, Gasol and Norman Powell had two three-pointers each. The Bucks meanwhile connected on 11 three-pointers compared to the Raptors’ 15.

It will be interesting to see what adjustments (if any) Raptors head coach Nick Nurse makes heading into game two on Friday. There is no doubt that Bucks head coach Mike Budenholzer has the luxury of a deeper bench, but as long as Lopez and Antetokounmpo make a difference inside, the Raptors will struggle defending the Bucks power players.