Cardenas Catching on with the Captains 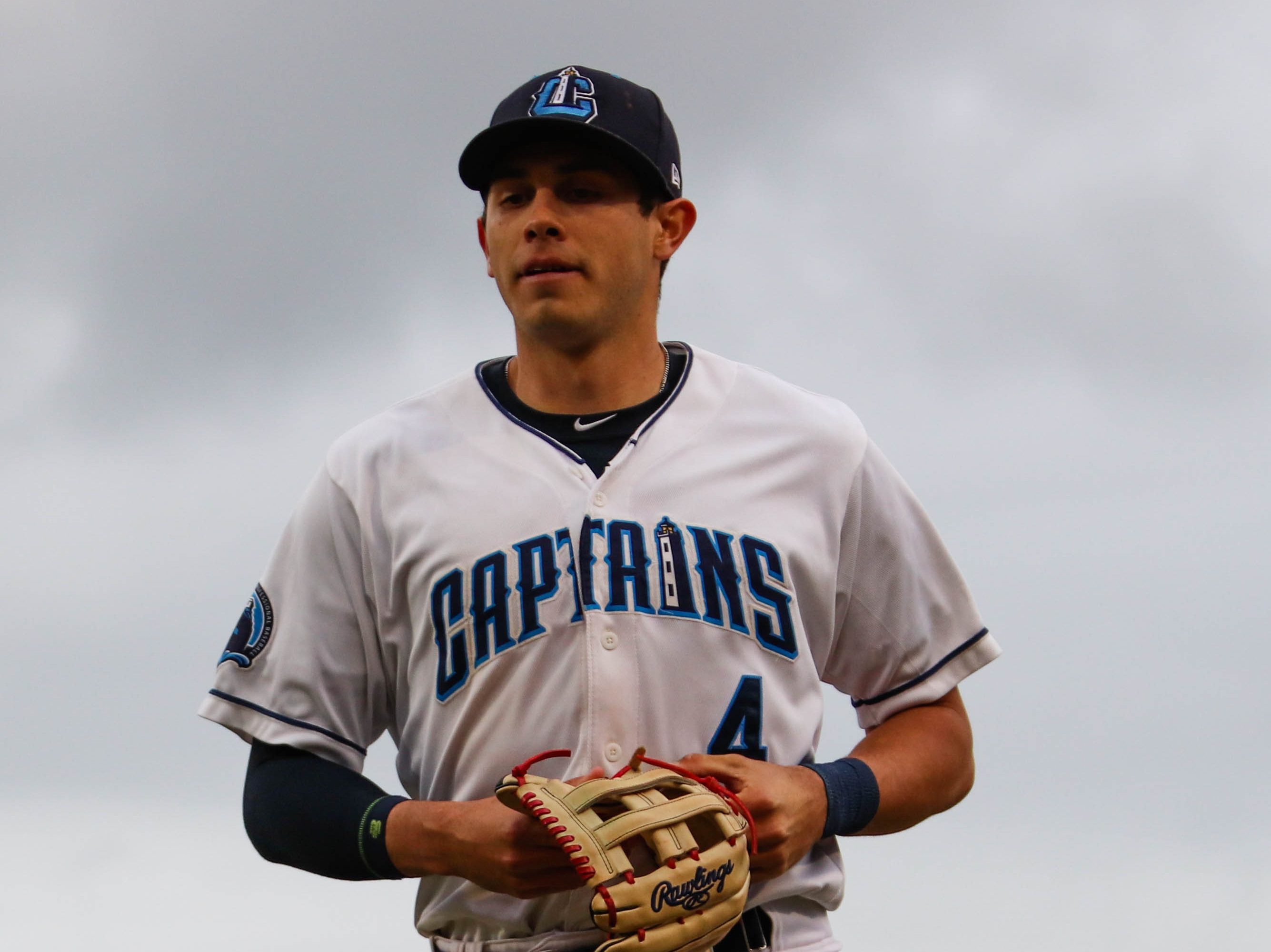 Cardenas Catching on with the Captains

Lake County Captains outfielder Ruben Cardenas has been hitting the ball hard consistently this season, but he isn’t feeling like he’s been the beneficiary of much good luck when it comes to results.

“Right now, since the start of the season I haven’t got lucky at all. I have hit balls right at people, people are making diving plays on me once or twice a game,” Cardenas said during an interview prior to the Lake County Captains 10-6 win at home on May 15 against the Fort Wayne Tin Caps. “It’s like a running joke in our locker room, it’s like how many ESPN Top 10 plays am I going to give someone today?”

Cardenas remains positive and is pleased with the quality of his plate appearances this season. He’s confident the results will begin to turnaround soon on the field.

“(Tuesday), I hit a ball in the six hole and the shortstop made a (Derek) Jeter play on me and then in my last at bat of the game I lined out to second, there’s not much I can really do with that,” he said. “All you really want to do on any given day is try to hit the ball as hard as you can, I did that twice. And it seems like that’s happened a lot lately, but it’s going to turn around. It’s just a matter of time and it’s a long season.”

As if on cue, his luck might be a changing as he tied his season high with three hits on Wednesday.

Cardenas went 3-for-5 with two RBI and a run scored against the Tin Caps. His first hit was a bloop to left center for an RBI single in the bottom of the first, and after recording an out in his next two plate appearances, he hit a ground ball single to left field in the seventh. For his final at-bat Cardenas crushed a double to right center.

The solid day at the plate brought his season batting average up to .254 and improved his OBP to .292 and slugging percentage to .393. He’s hit two home runs for the Captains and has 21 RBI.

As a young boy, Cardenas followed the footsteps of his older brother playing baseball and football. He eventually chose baseball and played third base before moving to the outfield in high school.

Cardenas, 21, was a 16th round pick of the Cleveland Indians in 2018 after playing college baseball at Cal State Fullerton. He was previously drafted in 2015 at age 17 in the 38th round by the Miami Marlins, but decided it made more sense academically and athletically to go to college.

He played 37 games last year in his first professional season with the Indians Arizona Rookie League affiliate and was named a post-season all-star. He also played five games with the Mahoning Valley Scrappers posting a combined .308/.414./.455 slash in 143 at-bats for both teams. He struck out only 20 times and had 23 walks.

Cardenas, who displays a strong throwing arm and decent speed, is capable of playing all three outfield positions, but so far he has made appearances only in right field this season for the Captains.

Like many young players who become professional, he is getting used to the transition of a much longer season including his first spring training with the Indians organization.

“We’re close to 40 games in and in college we’d have 20 games left, maybe,” Cardenas said. “Now, I still have 100 (to go). So it’s getting here every day and wanting to do stuff to make my body recover, that’s the most important thing.”

Cardenas was born in Los Angeles and grew up on the West Coast so adjusting to playing in cooler temperatures is something he had not done before.

“I’m pretty tolerate of the weather, I don’t have to bundle up all the time, but cold is cold,” he said. “Places we play at, being here, are cold. Just trying to get used to that is tough and just waiting for it to warm up.”

His primary goal in his first full season of professional baseball is to continue to get better and have a good season, obviously, but just as important to him is to keep playing and avoid injuries.

“It’s a long one so I want to stay healthy and if I stay healthy, then the goals and accomplishments I have in mind, I’m pretty sure I’ll get there,” Cardenas said.