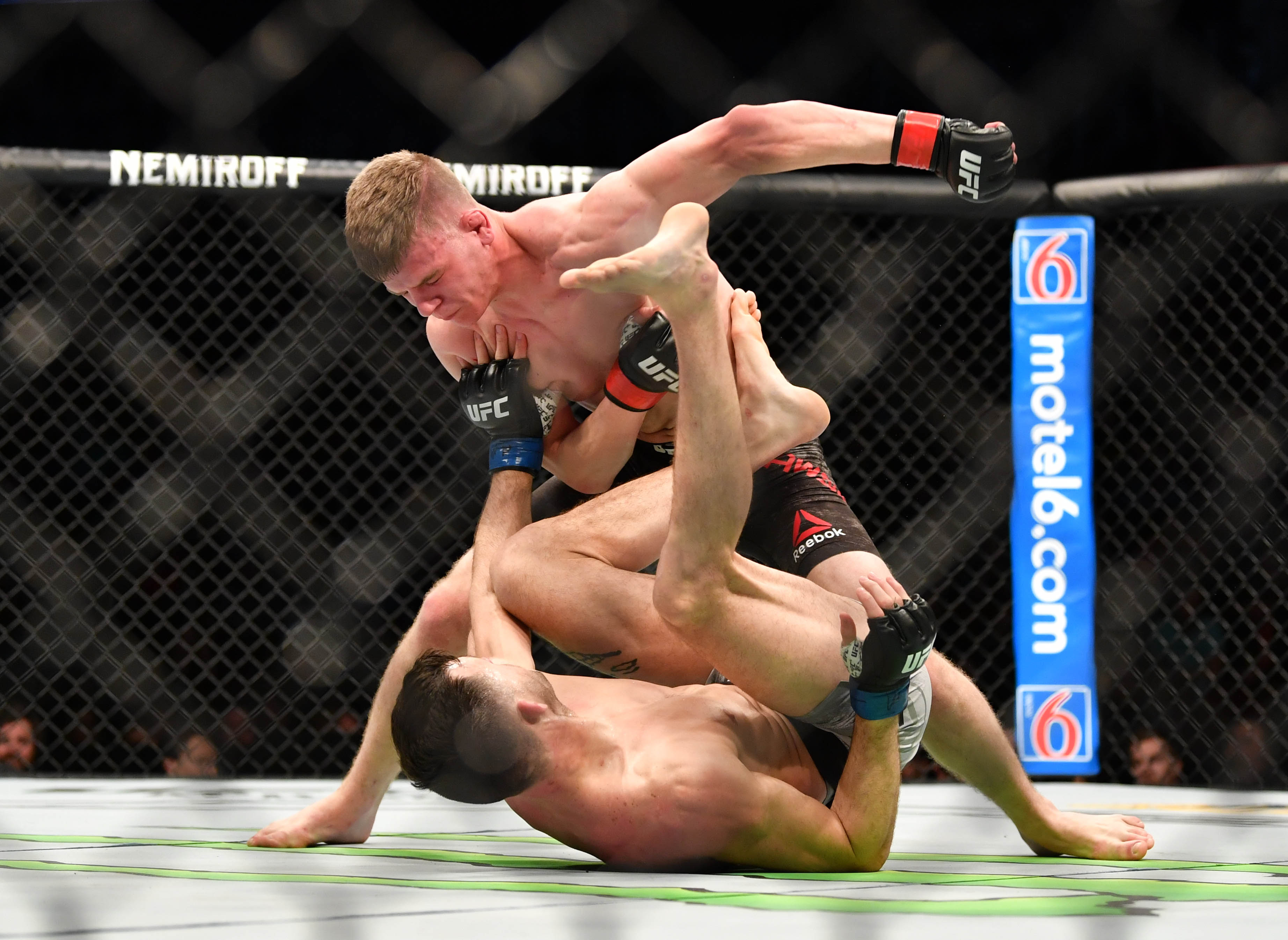 The most impressive part of the 24-year old’s game is his aggression. It’s not exactly the wild winging shots you’d see out of a Leonard Garcia, but it is relentless pressure combined with high output. In his UFC debut against Julian Erosa he threw 166 strikes, which is over 11 a minute. Combine that with over a takedown per round and he is hard to keep at bay.

At only 1-0 in the UFC, there isn’t really a body of work to get people all that hyped. Also, because he bounced around a number of regional promotions before finding the Contender Series, he didn’t exactly build up the fan base of someone who dominates in one spot for an extended period of time. That being said, having wins in Titan FC, Shamrock FC and Victory FC is nothing to turn your nose up at.

Mike Trizano could be criticized for being a bit too patient. While he’s won back to back fights against Luis Pena and Joe Giannetti, both were splits that were hard to call due to large periods of stagnation. Because of the aforementioned aggression of Dawson, Trizano will likely be on the back foot again here. Given that information, there’s a good chance he needs a finish here. And given that each of his last three fights have gone the distance, added with Dawson’s style, there’s a good chance he doesn’t get it.