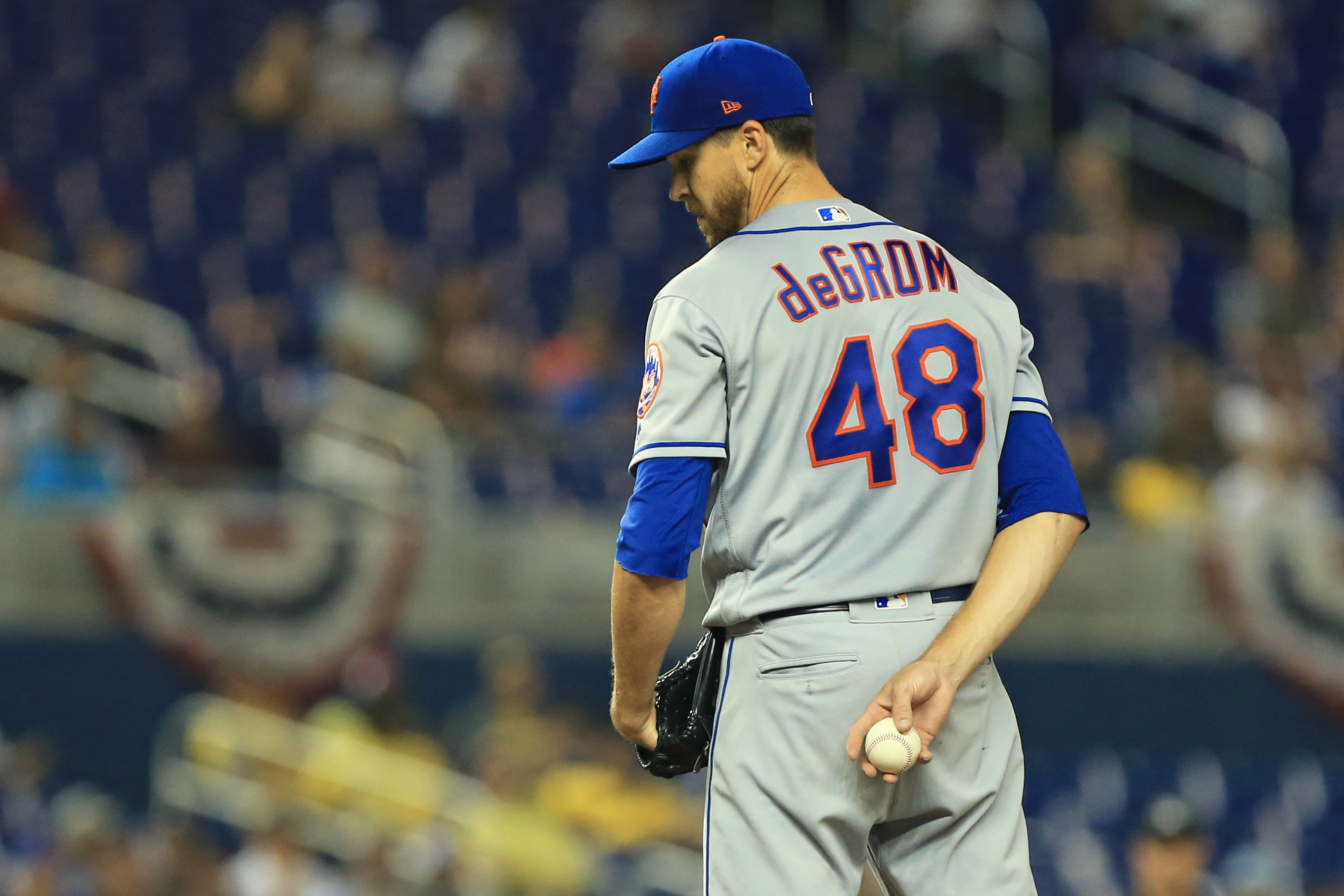 Consider this the Post-Keon edition of the game preview as Keon Broxton has been designated for Brodie’s infamy as the first trade that didn’t work out for the Mets. But Carlos Gomez joins the team and you just might find him later on in this post (suspense!) as we delve into tonight’s Mets/Marlins game in Miami. Game time is 7:10 so get your torches and pitchforks ready.

Radio/Television Coverage: As usual, the Mets are on SNY on the idiot box and WCBS 880 and ESPN Deportes 1050 here in New York. FOX Florida if you’re in Miami, or 940 WINK or WAQI 710 if you’re riding in the streets of South Beach.

The last time Jacob deGrom pitched in Miami it was an absolute gem, striking out 14 in seven innings of shutout ball. The three starts that followed weren’t all that great which caused some who complained about his contract to take victory laps in April. May has been much kinder, as deGrom has pitched to an ERA of 1.29 and an opposing OPS of .469. He’s been stellar.

The last time I featured Trevor Richards in our game preview I said that the numbers might not tell the whole story. Well, looking at his numbers so far this season, they tell a very depressing story. Richards gave up three runs in five innings against the Mets in that start, and is 0-4 with a 4.46 ERA and a WHIP or 1.37. He’s basically pitching to his career numbers while being a five inning pitcher. The Marlins need many players to improve upon their skill set just to tread water. Richards hasn’t taken the next step yet.

Carlos Gomez will play his first game in a Mets uniform in about 11 and a half years. It’ll come close to four years after he was almost traded for Zack Wheeler and Wilmer Flores.

Also, J.D. Davis is out of the lineup after Mickey Callaway said yesterday that he would be in left field tonight. Who says communication is a lost art?

And for the fish …