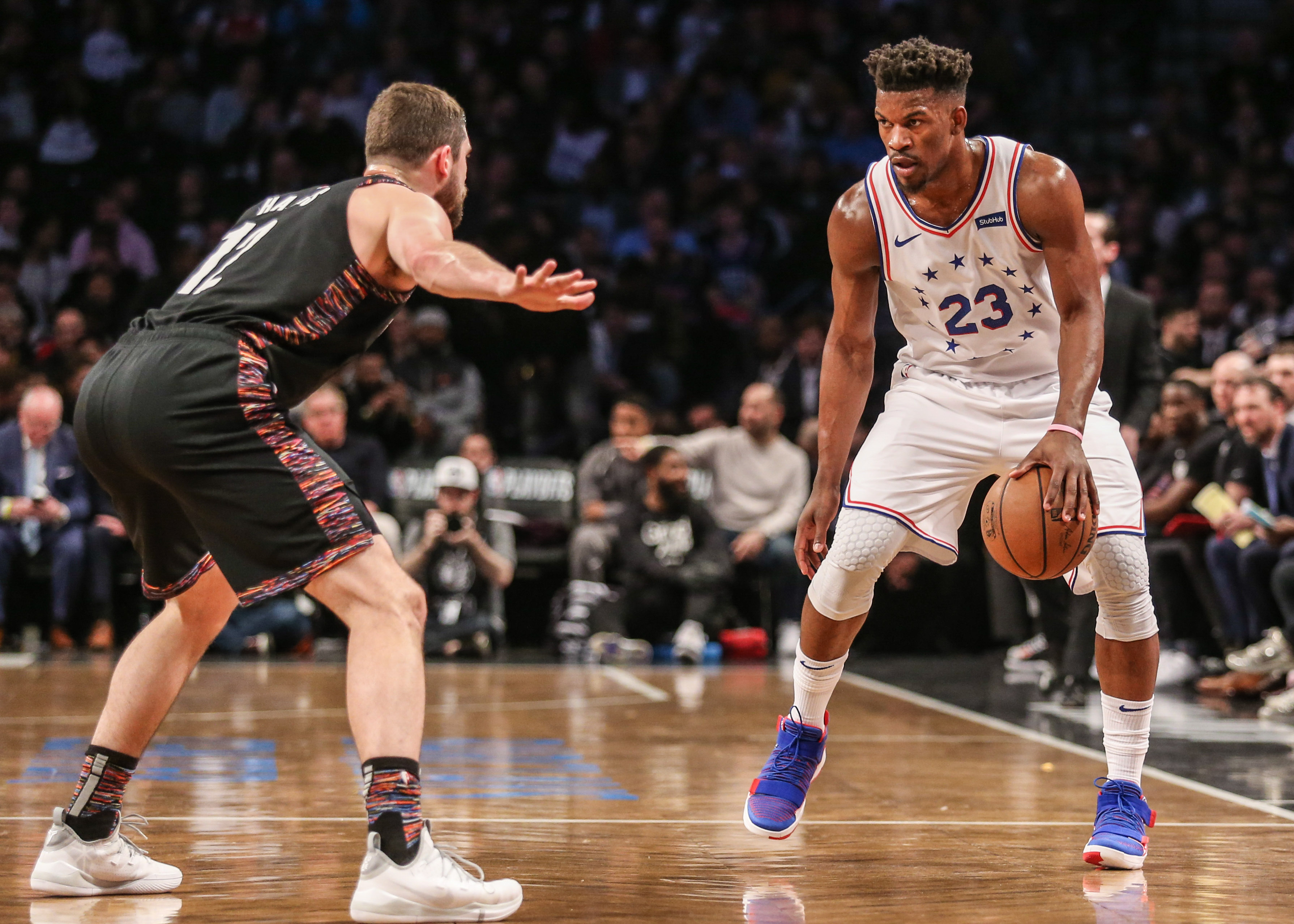 When NBA free agency tips-off at the end of June, the Philadelphia 76ers will have some competition in their pursuit to retain two-way star guard Jimmy Butler.

According to Brian Lewis of the New York Post, the feeling around the NBA is that the Brooklyn Nets have a “real shot” at landing the 29-year-old Butler in free agency.

The Nets are one of the few teams, who have the cap space to land a big-time free agent.

Butler, who was traded earlier this season from the Minnesota Timberwolves to the Philadelphia 76ers, reportedly had the Nets along with the Miami Heat and Los Angeles Clippers on his list of preferred trade destinations.

Nevertheless, it should not come as a surprise to see the Nets as a potential suitor for Butler’s services.

Brooklyn, who made the NBA playoffs and finished the regular season with a record 42-40 is on the rise.

Despite getting bounced in the first round of the playoffs by Butler and Sixers, the Nets have a solid young core led by D’ Angelo Russell, which is ready to make some noise in the Eastern Conference for the foreseeable future.

However, the question that Butler will have to answer is which place is a better fit for him?

If he were to sign with Brooklyn, they could only sign Butler to a four-year deal worth $140.6 million.

In addition to the finances, on the court, the ball wouldn’t necessarily be in his hands more. It would actually be less than it was in Philadelphia.

As we saw in the regular season, the Nets ran a lot of their offense through Russell and Spencer Dinwiddie, when he came off the bench.

Along with those two players, there’s also Caris LeVert, who stepped up for the Nets in the playoffs.

But the Sixers, however, could offer Butler a five-year deal worth $189.77 million. If the former Marquette standout decides to re-sign with the Sixers, he would already know his role on the team.

As we saw throughout the regular season and postseason, Sixers head coach Brett Brown trusted the veteran guard to make plays in clutch situations.

Also, unlike the Nets, the Sixers do not have many guys who can create and get their own shot. Butler gave Philadelphia that this season and it paid huge dividends.

Therefore, it should be interesting to see where Butler ultimately decides to do in free agency because he believes he can get a max deal anywhere he chooses.