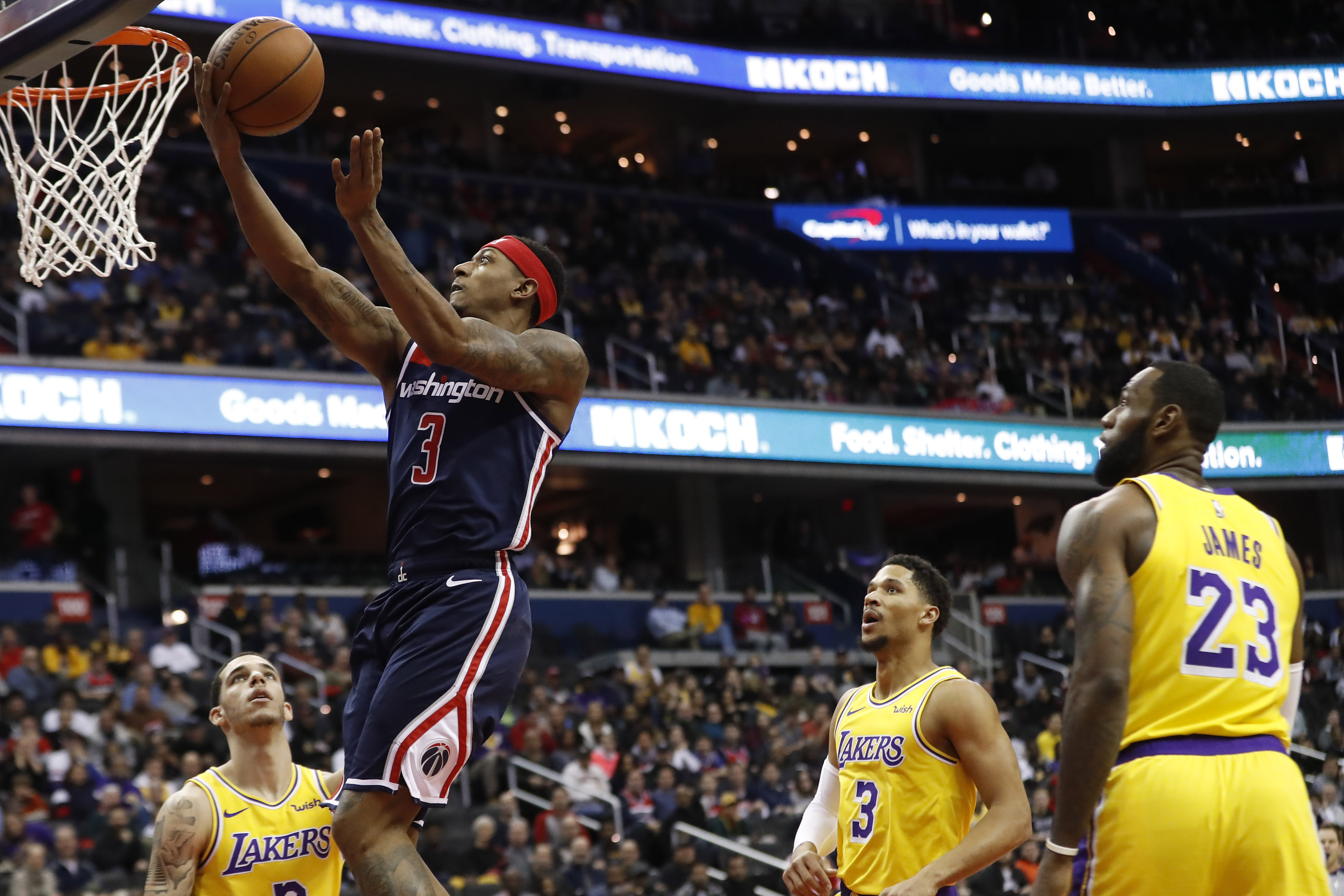 If the Los Angeles Lakers somehow do not end up with Anthony Davis this offseason, do not think that it will stop them from trying to make other trades.

While both players would be formidable upgrades for the Lakers, Deveney adds in his report that there are some contingencies.

For example, when it comes to Beal, the NBA scribe mentions that the Wizards, who are still looking for a general manager, have not made a decision on moving Beal.

And in terms of Lowry, it would be solely based on if Kawhi Leonard re-signs with the Raptors.

Nevertheless, if the Lakers were to go after one of those players, they would have the young pieces in Lonzo Ball, Kyle Kuzma, and Brandon Ingram to make it happen.

Earlier this week, it was reported the Chicago Bulls would reportedly be interested in trading for Ball if they ended up between pick Nos. 3-6 in next month’s NBA draft. They ultimately ended up with the seventh overall pick.

However, would Washington or Toronto be interested in Ball?

It’s a more of possibility for the Wizards, especially since point guard John Wall is still recovering a torn Achilles and moving Beal would signal a total rebuild.

Beal would give the Lakers a proven-shooter and scorer, who averaged a career-high 25.6 points per game this season.

He also is the younger player, being only 25 years old and having two years left on his current five-year, $127 million deal.

However, unlike Beal, Lowry has one-year left on his current three-year, $100 million. The veteran point guard should be cheaper to acquire due to his age (33) and would a steady stop-gap option in the backcourt.