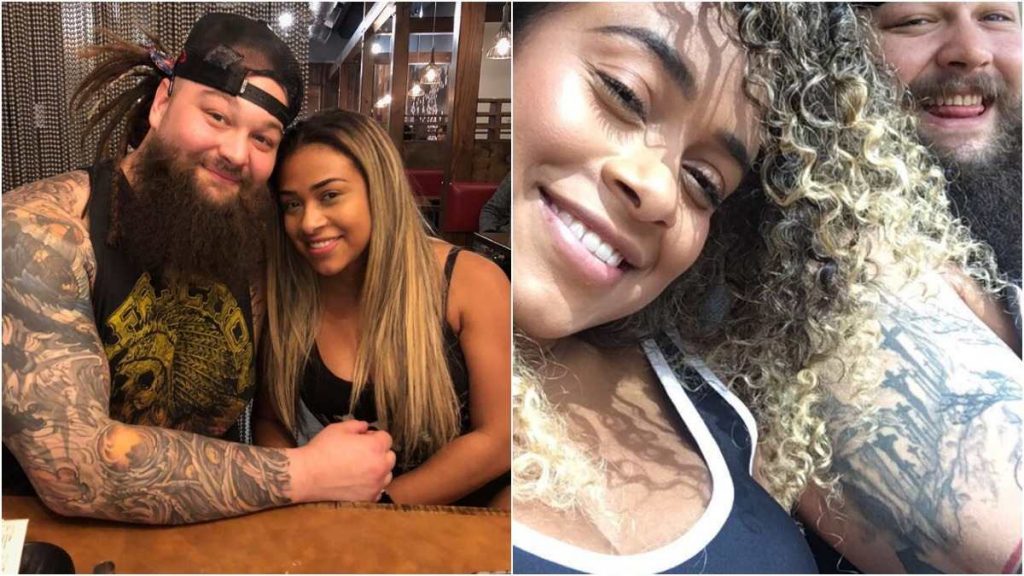 With Bray Wyatt being the most talked about WWE Superstar in recent weeks with the Firefly Fun House segments airing on Raw every week, Bray has another thing to celebrate about.

Earlier today, Bray Wyatt and JoJo welcome their first child since the two of them have began dating. The child was named Knash Sixx Rotunda. Bray made the announcement public by posting this tweet:

JoJo announced her pregnancy back in March. Her last appearance on WWE TV was the New Year’s episode of Raw back in late December.

Bray has not wrestled on WWE TV since his WWE Raw Tag Team Championship run with “Woken” Matt Hardy. Ever since then, it seemed that WWE creative had nothing planned for him and many fans have wondered if Bray could recover from his previous runs.

However, after WrestleMania, there has been a resurgence in Bray’s character and has fans hopeful again. A series of vignettes were played showing Mercy The Buzzard as well as The Witch Doll. So many questions ran throughout the WWE Universe as the fans wondered how great this character resurrection for Bray would be and how WWE would handle it.

This past Monday on Raw, The Firefly Fun House segments took a more sinister turn. Bray revealed his “secret” to the WWE Universe and revealed a frightening new look. The segment has gotten many fans excited to see what WWE will continue to book the character going forward.

So far this has been a fantastic year for Bray as his new character is showing promise and now bringing his new child into the world. We congratulate Bray and JoJo on their newborn son.