What to do: Raptors Bench edition 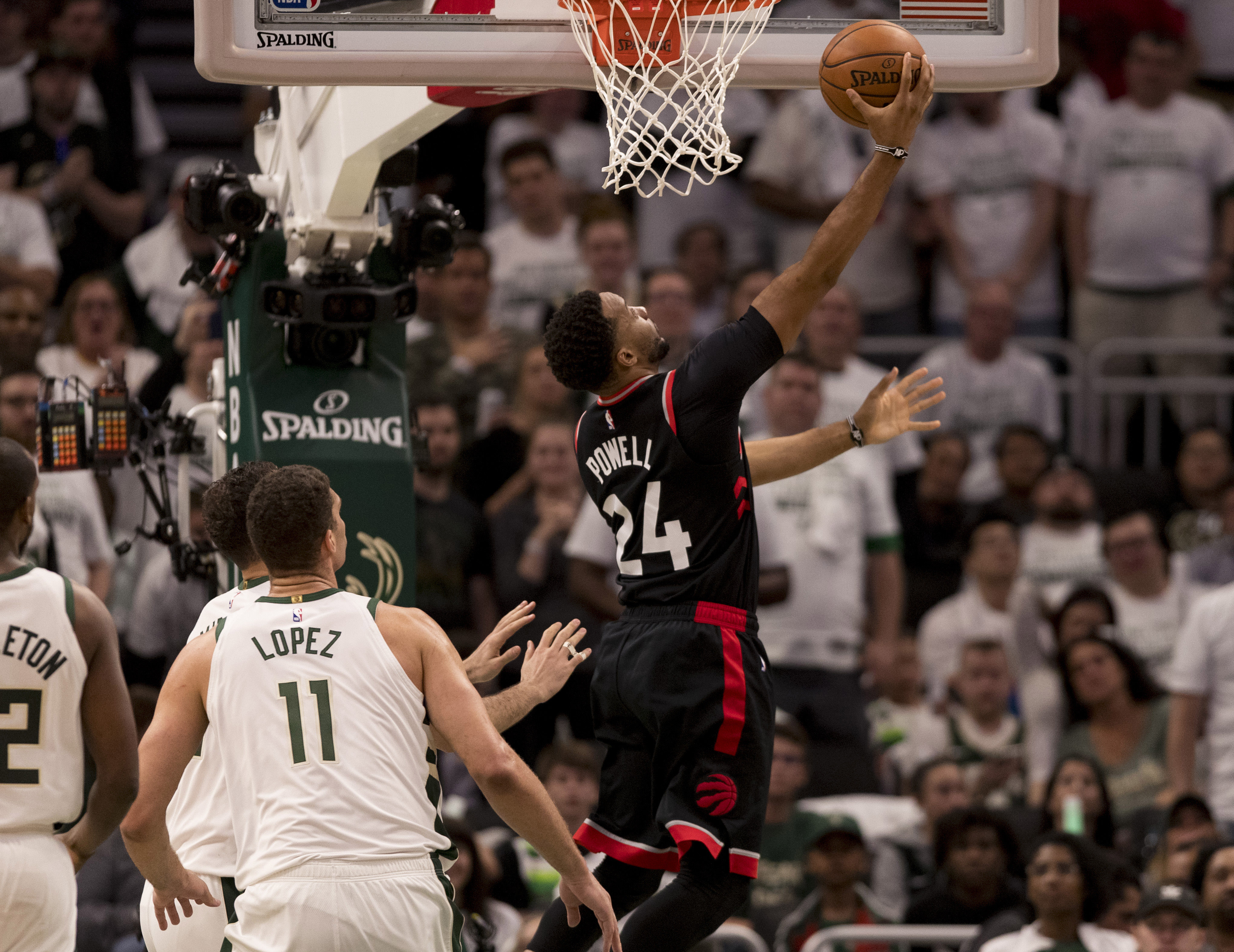 What to do: Raptors Bench edition

When a team struggles in the playoffs, there are always many factors to their lack of performance in the playoffs. From injuries to shooting slumps, one can always point to something. The Raptors are currently down 2-0 to the Milwaukee Bucks in the Conference finals. The Raptors are struggling to get consistent production from anyone not named Kawhi Leonard. Some can be excused: Pascal Siakam has been struggling on the offensive end, but if you’re coming off an injury and have to guard Giannis Antetokounmpo all after a 7 game series, no one should be surprised that you’re struggling, especially if your other teammates can’t score. The Raptors are struggling, and they need someone to step up and increase their production.

Last year the Raptors’ depth was their greatest asset: their bench was one of their best assets. This year, this is no longer the case. The insertion of Siakam into the starting line up and the departure of key members Jakob Poeltl and Delon Wright have caused the original bench mob to fall apart. The Raptors would love to have both of those players right now: a long guard who can create his own shot, and a traditional athletic big who can around the rim and rebound well. The Raptors solely lack shot creation and rebounding off the bench, and have at times played with a 6 man rotation.

Fred VanVleet has been struggling from the bench, and yet throughout 14 playoff games still gets a large portion of the bench minutes. Regular season VanVleet was a phenomenal 6th/7th man: 11.0/2.6/4.8 on 41/37.8/84.3. Not bad, right? Well, if regular season VanVleet was a Raptor, the post season version of VanVleet has been Barney the Dinosaur. In the playoffs, FVV is averaging 4.1/1.5/2.4 on 28.4/28.2/70.6 splits. FVV’s production and lack of size has been exploited in the playoffs: all of the teams Toronto has played or is currently playing have long athletic defenders a la Jonathan Isaac or Ben Simmons, who can block his shot. As a player, FVV relies on his shooting and offense to make an impact. It is an obvious next step to limit his minutes if those two things aren’t up to par with reasonable expectations.

The only player that has been producing anything of note on the Raptors bench is Serge Ibaka. Ibaka needs a good shot creator to allow him to get his favored looks a la Kyle Lowry. Ibaka has consistent production on the defensive end, but the bench needs someone who can create their own offense if Ibaka is struggling.  I propose that in order to find consistent offensive production, the Raptors should give part of FVV’s minutes to Norman Powell. Coach Nurse has been set in who he plays, but an adjustment should be made if something isn’t working.

Norman Powell can create his own shot, has a decent three point shot and has the athleticism that FVV lacks. That athleticism Furthermore, unlike certain members of the Raptors roster, Norman Powell is shooting a decent 42.4% from three albeit at a low clip of 2.5 attempts a game. Even if his efficiency goes down with more minutes and more touches, one can see a timeline where he shoots 37% on 4 attempts a game. That is above average in the NBA! Norman Powell has been doing well this postseason run, and perhaps his production should be rewarded with more minutes. Norman has seen his minutes increase during the Bucks series: the next step is to see if he can produce more.

One can only hope that the Raptors figure out their issues. Some of those issues may be impossible to fix until the off-season. However, the lack of athleticism at the guard position and the lackluster bench production can be somewhat alleviated by entrusting Norman Powell with more minutes off the bench. Let NormGod rise.