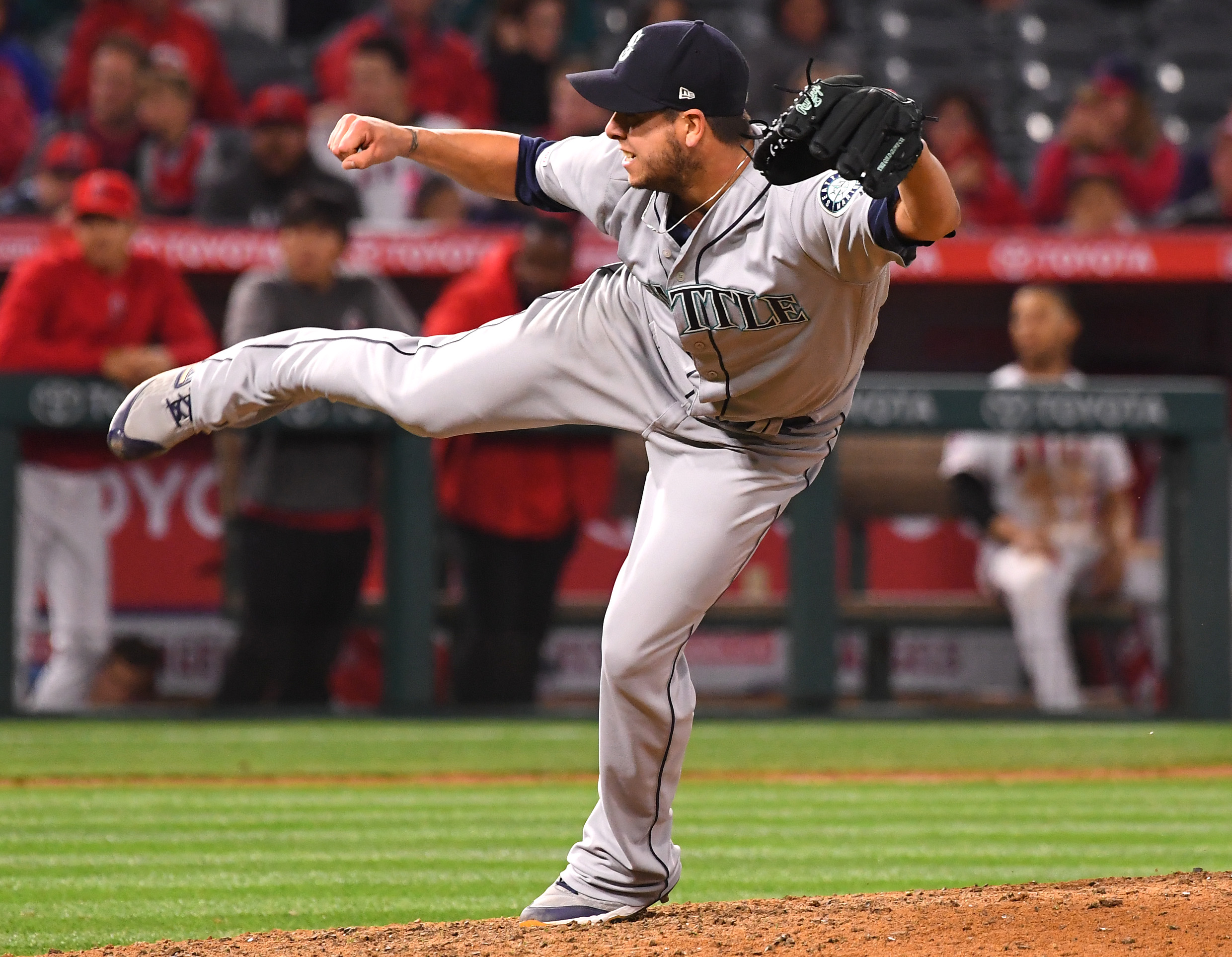 Rick Kranitz gets a chance to work his magic and the Braves bullpen gets a new arm as Atlanta sends injured reliever Arodys Vizcaino and recently designated southpaw Jesse Biddle to the Seattle Mariners for Anthony Swarzak. Cash is also on the way to the Braves – likely to help off-set the roughly $3 million difference in salary of the players changing teams.

As far as deals go, you really can’t get more meh than this. On one hand, Atlanta turns a part of their payroll that they were getting zero value for currently (Vizcaino) into something that could eventually give them some value. They also got something for Biddle rather than lose him for nothing after recently designating him for assignment. On the other hand, if you were looking for a sure improvement, this isn’t a deal that will satisfy you. Swarzak had his name among the best relievers in baseball. He’s also been among the worst. The latter has come more recently.

Swarzak started his career with the Twins as a bit of a starting prospect, reaching the majors in 2009 where he was hit hard-and-often there and spent the next year in the minors. In 2011, he half-established himself as a swingman \who didn’t strike out anyone, nor walked anyone, and turned 102 innings into a 4.32 ERA, 4.04 FIP, and 0.7 fWAR. Swarzak’s starting days were effectively behind him after 2011 and he struggled in a long relief role the following season before seemingly breaking out in 2013. He posted a higher strikeout total, limited the long ball, and kept his ERA under 3 with a 2.91 mark. It led to his first season where he eclipsed 1 fWAR.

But the success was short-lived. His ERA ballooned to 4.60 in 2014. The Twins cut bait and injuries would limit him to less than 50 innings in the majors with the Indians and Yankees the following two seasons.

In 2017, upped his velocity to about 95 mph – it was around 92 mph with the Twins – and continued a trend he learned with the Yankees in 2016. He threw more sliders that season than fastballs. Before the Yankees, he was throwing the slider about 27% of the time. Now, he was closer to a 50/50 pitcher throwing a fastball with extra velocity and a slider that was downright unhittable at times.

Opening the year with the White Sox, Swarzak was truly outstanding with a 2.23 ERA and nearly matching 2.35 FIP in 48.1 frames. The White Sox traded Swarzak to the Brewers for outfield prospect, Ryan Cordell, and Swarzak continued to roll with his new squad. For the season, he put up a 2.2 fWAR. To put that number into perspective, you can count 32 instances of a 2 fWAR or better by relievers from 2016-18. That comes out to roughly ten relievers a season. It’s elite-level stuff.

It’s also life-transforming because Swarzak signed a $14 million contract with the New York Mets for the 2018 and 2019 seasons. Again, to put that number into perspective, Swarzak never made more than $935,000 in a single season before joining the Mets.

But the results of the 2017 season didn’t translate into continued success. He was not a smoke-and-mirrors act that was exposed. But the results were much, much worse. The strikeouts, which exploded as his velocity increased, were still there. But his control, which had been so sparkling in 2017, vanished. Decreased command plus pitching in bad counts lead to awful results. In 26.1 innings, he gave up six homers. Even if you change that to a more league-average mark like the stat xFIP tries to do, you are left with a 4.33 xFIP. Not what you expect when you pay a pitcher $5 million in base salary.

The Mets packaged Swarzak in the Robinson Cano trade and he went to the Mariners last winter. The results have been just as abysmal in 2019. He closes this chapter of his career with Seattle having pitched to a 5.27 ERA, a 8.07 FIP, and a 4.41 xFIP.

So, what went wrong? How did he go from one of the league’s best relief arms to a guy traded twice by teams in salary exchanges?

We can focus heavily on the slider, but it’s worth noting that his fastball velocity has gone down a tick, lost some spin rate, and has gotten pummeled in the zone. During 2017, a quarter of all swings in the strikezone on his four-seamer – which is his primary fastball grip – turned into whiffs. It’s close to half-that now and mimics his lesser days with the Twins.

But his slider has gone from nasty to “remember when it was nasty?” The average spin rate of his slider has seen very little difference, but the vertical drop on it has become so pronounced that hitters are easily recognizing it and either laying off it or destroying it should it remain in the strikezone. When Swarzak’s slider is working, he can uncork it in the strikezone, get whiffs or weak contact, and live to see the next hitter. Its lost effectiveness the last two years has led to an exit velocity of 90.6 mph on his slider. It was 86.1 mph in 2017.

Now, there are some mixed numbers this year likely due to sample size issues. His slider in 2019 is inducing a lot of whiffs and strikeouts. It’s also getting destroyed and Swarzak is likely even a bit lucky here (xwOBA of .341 vs. an actual wOBA of .325 this season). Compare that with 2017 when the actual xwOBA was .291 and the actual wOBA was .305.

Like I said, 2017 was not smoke-and-mirrors. Swarzak dominated. He was among the top arms when it came to expected batting average, slugging, wOBA. He pitched like a true bullpen ace. The results that have followed have been equally earned, but the other way. He’s getting hit harder, walking more batters, and nobody wants to see him pitch for them for too long.

Is there hope? Well, that’s where Rick Kranitz comes in. Can he turn this fastball/slider pitcher that has been worth -1.1 fWAR since 2018 began back into something resembling the guy from 2017? Short of that, can he turn Swarzak into a pitcher who can help the Braves bullpen in 2019? He’s paid to do all these things, but he’s not a miracle worker.

If this fails, the Braves are back to where they were before today – with a $5 million or so hole in their payroll doing nothing for them.

But you can’t blame them for trying to change that.