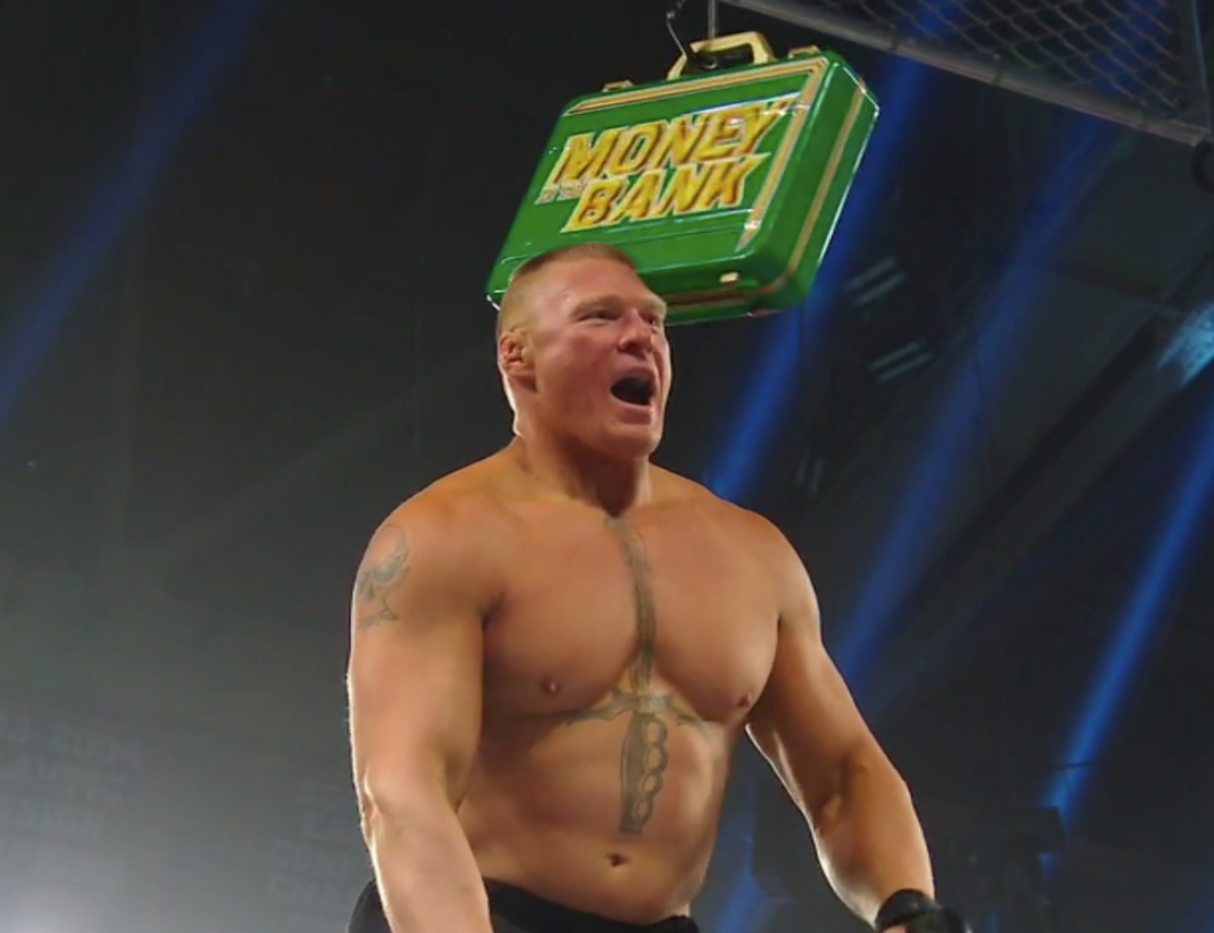 Brock Lesnar shocked the entire WWE Universe last night at Money in the Bank when he appeared during the Men’s Money In The Bank Ladder Match. He would come out when Ali would attempt to grab the briefcase and win the match. Brock would push Ali off the ladder, climb it and retrieve the briefcase.

Fans have voiced their displeasure for the conclusion of this show due to the fact that the company is giving the briefcase to a part timer and a competitor who wasn’t even in the match. Sources have surfaced of how the decision to have Brock leave the show with the contract came about among people in the company backstage.

Mike Johnson from PWInsider, the plan was for Ali to win the match and none of the participants in the Men’s Ladder Match had no clue Brock was going to appear. Johnson continued his report by saying:

“We are told that competitors were told there would be a spot at the end where Ali would be standing on the top of the ladder and be tipped over but was not told who would be coming out to do the spot.”

However, Dave Meltzer of F4WOnline, went on to give his thoughts about the situation commenting that this was all to swerve fans.

“Okay let me explain again, one of the mentalities they have is that it’s more important to fool you or to fool smart people who think they know what’s going on and that’s part of the things that they get their jollies out of.”

Even though it has not been made official by the WWE, it has been heavily rumored that Brock will be challenging Seth Rollins for the WWE Universal Championship at the Super ShowDown in Saudi Arabia. This was possibly a way for WWE to set up the match between them for a WrestleMania 35 rematch.