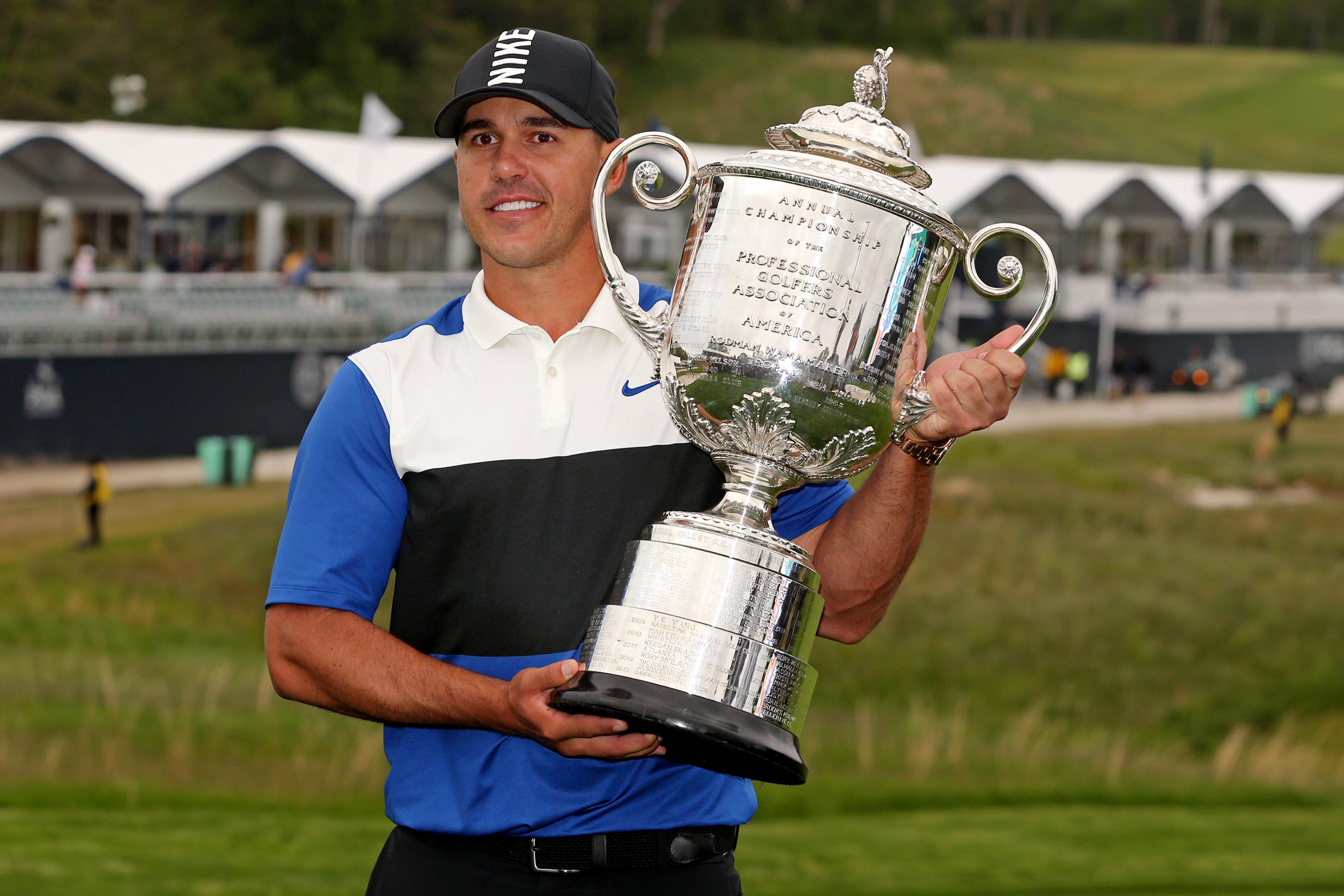 For the fourth time in less than two years, Brooks Koepka of West Palm Beach, FL is a major champion. On Sunday at the historic Bethpage Black public golf course in New York, Koepka beat Dustin Johnson by two strokes to successfully defend his PGA Championship from a year ago.

Despite winning the title with a four round score of -8, it was not particularly a good final round of golf for Koepka, who allowed Johnson to make things very interesting down the stretch. In the final 18 holes, Koepka shot a score of four over par 74.

In the first nine holes on Sunday, Koepka was consistent as she shot even par. He bogeyed the first hole and birdied the fourth hole. However on the back nine, things started to unravel for Koepka. After a birdie on the 10th hole to put Koepka at -13, he bogeyed five holes (the 11th, 12th, 13th, 14th and 17th holes) to drop back to -8.

Johnson meanwhile got to -8 on the 15th hole and at the time pulled within one stroke. However the 2016 U.S. Open champion recorded a bogey himself in two of the last three holes and dropped back to a 72-hole score of -6.

Heading to the 18th hole, Koepka just needed a bogey to win the tournament. However after his tee shot went into the fescue near the bunker, things got a little interesting and it was not safe to declare Koepka the champion just yet. However Koepka chipped his golf ball very well into the fairway and delivered an approach shot eight feet away from the hole for a successful par.

In hanging on for the win, Koepka’s next significant quest will be to try and win the U.S. Open at Pebble Beach next month. The world number one has had great success at that major lately too. He won in 2017 in Milwaukee and in 2018 in Shinnecock.