Managerial change isn't enough to save the New York Mets 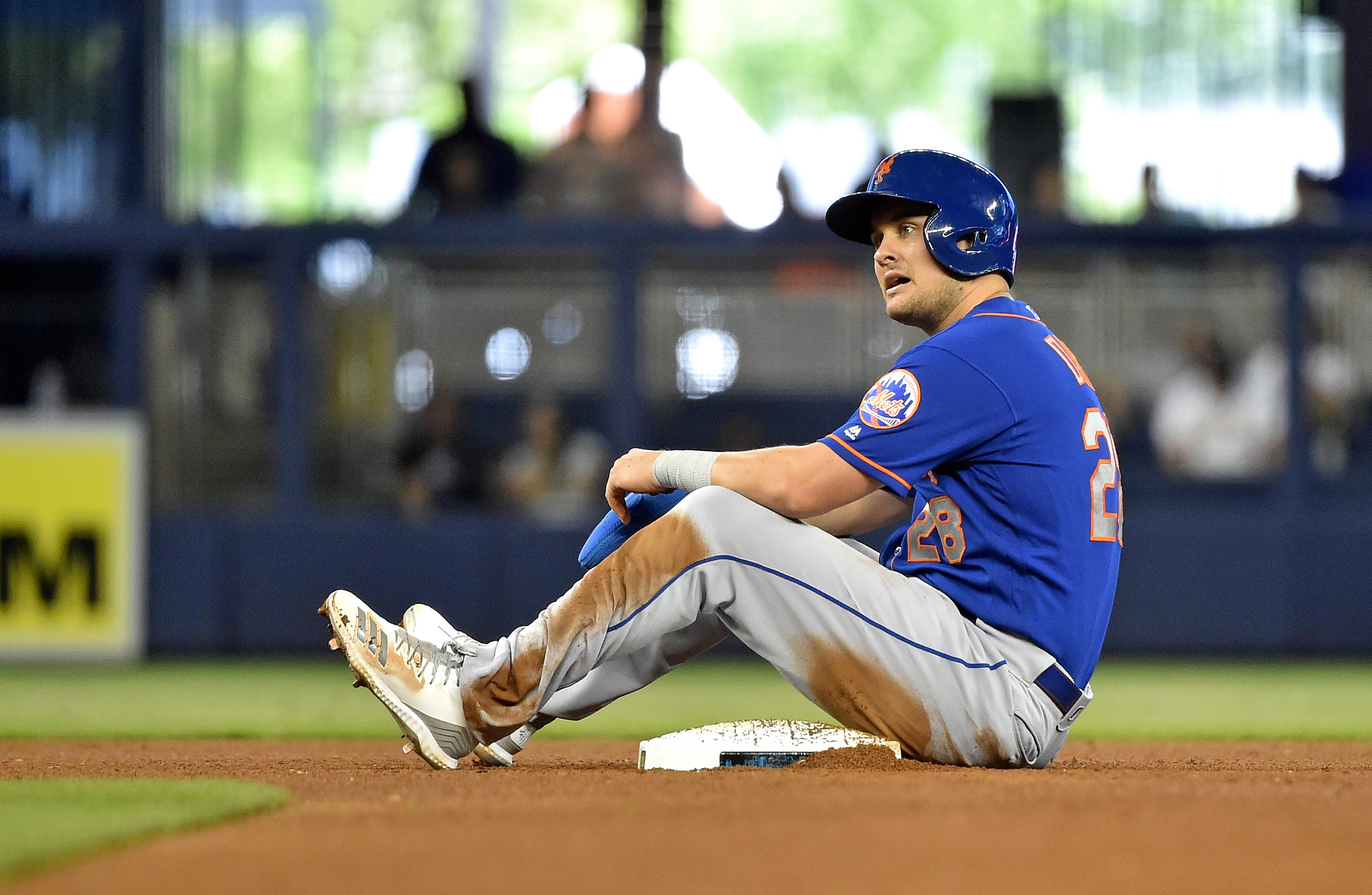 Managerial change isn't enough to save the New York Mets

After a disastrous 1-5 road trip to struggling Washington and anemic Miami, New York Mets’ manager Mickey Callaway is squarely on the hot seat. Callaway’s job remains safe for now, but if the Mets continue to flop through the season it likely won’t stay that way for much longer. The fan base has been extremely aggravated with the situation, and many have called for Callaway’s dismissal to try and save the season, but even that may not be enough to salvage what has become a deeply flawed team.

The Mets are starting to slip further and further behind in the National League East, entering play today 6.5 games behind the first place Philadelphia Phillies and only two up on fourth place Washington. Since beginning the season 9-4 the Mets have dropped 21 of their next 32 games, a pace eerily reminiscent of last year’s collapse after an 11-1 start. A second straight fade after a strong start is not a good sign for Callaway’s long term prospects, and he has had his fair share of mistakes along the way, but the Mets’ roster has been flawed from the start.

A lot of the Mets’ problems have come from the fact that they can never seem to get all three phases of the game clicking at once. When the Mets were hitting early in the season, the pitching was a disaster and they blew some winnable games. Once the rotation started to get its act together, the lineup completely tanked, causing the Mets to waste tremendous efforts from their starters along the way. The inability to get the entire team playing well at once is a sign of a roster that isn’t as good as people thought, and the way GM Brodie Van Wagenen built this roster should be drawing more criticism than it has to this point.

Van Wagenen made a bold move at the start of his regime, swinging a big trade to land Robinson Cano and Edwin Diaz from the Seattle Mariners at the cost of taking on most of Cano’s remaining $120 million contract and three prospects, including a potentially elite one in outfielder Jarred Kelenic. That move could have been justified if the Mets followed it with more big swings, such as pulling off a J.T. Realmuto trade or signing top free agents, but what followed was another typical Mets’ offseason.

The Mets opted not to part with a core player, such as Michael Conforto or Amed Rosario for Realmuto, but reports indicated that the Miami Marlins asked for Brandon Nimmo in a deal. Nimmo is a nice player with the potential to be a solid leadoff hitter for the Mets, but he did not have the proven track record of Conforto or the endless potential of Rosario, so he should have been on the table for Realmuto. If a deal could have been swung with Nimmo and Andres Gimenez as the headliners, the Mets could have made it and still had money to play with to make more significant additions in free agency.

Free agency was also nothing different from the Sandy Alderson era for the Mets, who haven’t signed an external free agent to a deal of more than three years since Curtis Granderson. The Mets filled some holes by signing guys like Jeurys Familia, Wilson Ramos, Justin Wilson, and Jed Lowrie, who have solid track records but were all 30 or older. At a time when baseball is trending towards younger players, the Mets continued to defy the trends and get older talent only to be shocked when the players underperform or suffer injuries.

Van Wagenen’s trades didn’t fare much better. The move to acquire J.D. Davis from the Houston Astros has been solid, but parting with three prospects to get what turned out to be six weeks of Keon Broxton was a big mistake. Broxton is redundant to Juan Lagares, who the Mets were committed to since he will earn $9 million this year, and shockingly did little when the Mets couldn’t give him at bats. Moving Kevin Plawecki to Cleveland for Walker Lockett has also backfired since Lockett, who was being counted on for rotation depth, hasn’t pitched this season with elbow issues.

The key problem here is that Van Wagenen talked a very big game, declaring that the Mets were division favorites after signing Ramos and challenging the league to “come get us”. The league has gotten the Mets 21 times in the past 32 games, leaving them on the brink of disaster a week before Memorial Day. Van Wagenen did build a deeper roster, with the addition of Davis proving to be a shrewd move when both Lowrie and Todd Frazier got hurt, but he ignored depth on the pitching side, which is alarming.

Everyone who watched the Mets last year knew that the fifth spot in the rotation was a disaster, with Jason Vargas pitching to an ERA of almost six, yet he was guaranteed a job entering camp without any competition. The Mets chose to rely on their underwhelming internal options, like Chris Flexen and Corey Oswalt, in the event of injuries and those starts have cost the team several games. There were alternatives available for reasonable rates, namely Gio Gonzalez, who the Mets considered but passed on because they didn’t feel he was a big enough upgrade over Vargas.

Gonzalez has since come out and said that the Mets refused to guarantee him a spot in the rotation, which is ludicrous since Vargas has performed horribly and shouldn’t have been guaranteed anything. The Mets have now seen Vargas land on the injured list, forcing them to give up a young 6-6 pitcher who can throw 95 miles per hour to get Wilmer Font from Tampa Bay, while Gonzalez is 2-0 with a 1.69 ERA in his first four starts with the Milwaukee Brewers.

One of the underlying problems here appears to be that Van Wagenen is loyal to a fault to former CAA clients, who are up and down the Mets roster. Vargas, Frazier, Lowrie, and Cano are all CAA clients, and Van Wagenen appears to have prioritized players he was personally familiar with even if they were not the best fit for the Mets roster. Cano’s underperformance has made the trade look like a disaster since the Mets have to pay him through 2023, but the key evidence of this is how Frazier’s return from the injured list was handled.

Once Frazier got hurt in spring training, J.D. Davis got the bulk of the playing time at third base and was effective, hitting .273 with an .876 OPS, but once Frazier came off the injured list he was handed the third base job without question. Frazier is a better fielder than Davis, but he has hit just .183 with a .556 OPS in his first 24 games, and the Mets have gone 8-16 since Frazier came back.

That return just about coincides with the Mets’ change in energy level, where they went from being a fun and exciting mix of young talent to a stodgy and lifeless unit. Callaway deserves some blame here, and he should have definitely benched Cano after he failed to run out a double play for the second time in three days yesterday, but he hasn’t been given much to work with at all.

The Mets also look terrible for how they’re handling Callaway, leaving him to twist in the wind without making a firm declaration about his future. A competent organization would do one of two things in this situation: fire Callaway now and turn to Jim Riggleman to try and save the season, or empower Callaway by publicly declaring his job is safe and doing something to send a message to the locker room, such as releasing Frazier and handing third base to Davis until Lowrie comes back.

The Mets have instead chosen to hide, letting Callaway be a shield so that the front office doesn’t get blamed for the team’s current shortcomings. This is not a good look for the organization, which has been talking about promoting a winning culture since Van Wagenen was back in November. Just six months later, the Mets are already back in their same old habits, and that does not create an environment conducive to winning.