Tim Connelly chooses to remain with Nuggets over hometown Wizards 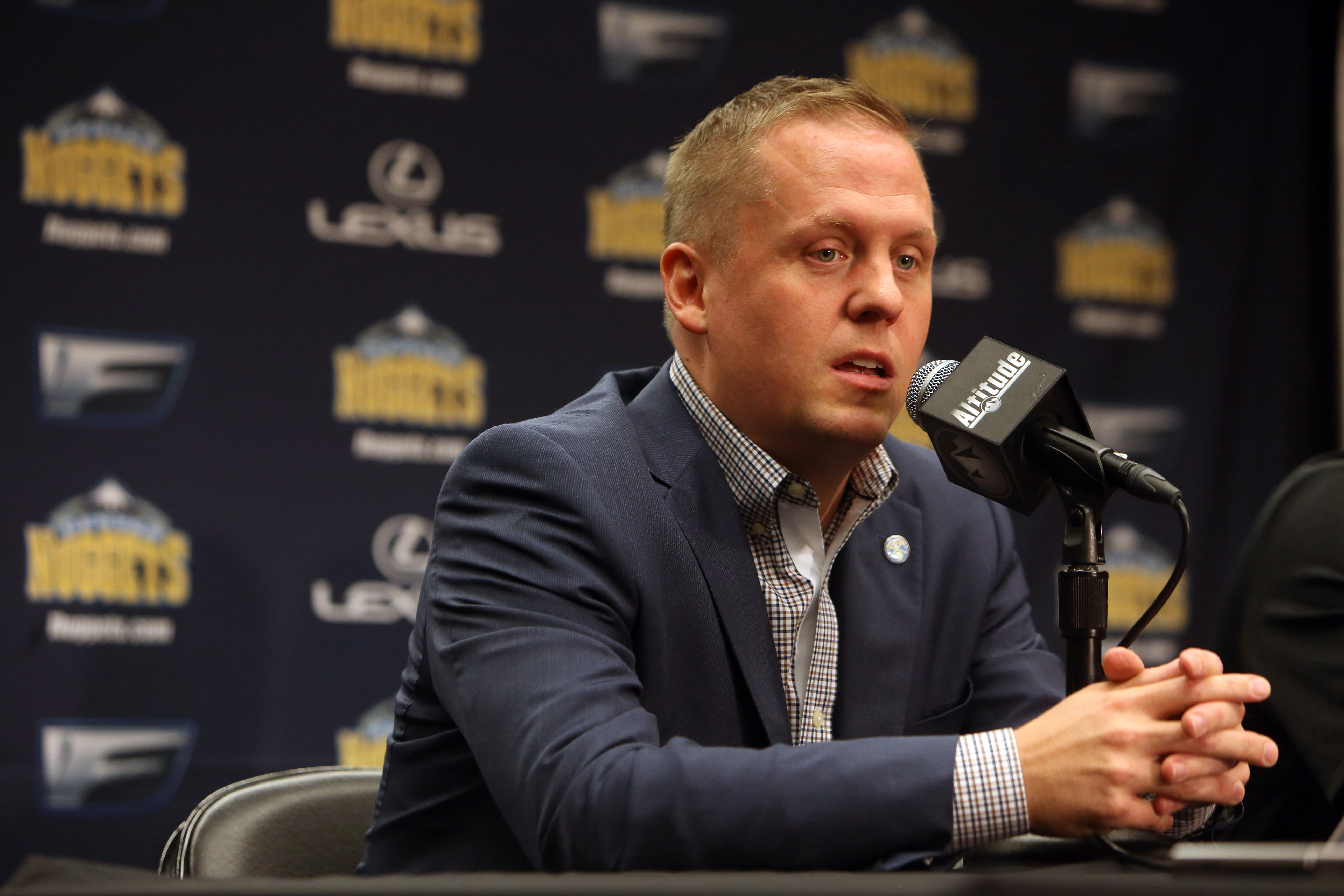 Tim Connelly chooses to remain with Nuggets over hometown Wizards

After weeks of speculation, the Washington Wizards will not have Tim Connelly as the head of the front office after 16 seasons of Ernie Grunfeld as team president. Connelly has long been linked as the Wizards first choice to turn the franchise around after years of borderline dysfunction, but that chapter is now closed. ESPN’s Adrian Wojnarowski was the first to break the news of Connelly declining Washington’s offer reportedly four-years at a salary well north of the $2 million he was making as president of basketball operations for the Denver Nuggets.

Fred Katz from The Athletic reported shortly after the Grunfeld dismissal on April 2 that Washington was targeting Connelly as their top choice. “There’s no list, Fred,” Leonsis facetiously made a point of saying to the assembled media the next day. The organization now turns its attention back to Oklahoma City’s Troy Weaver as well as former Cleveland and Atlanta head Danny Ferry. Interim head Tommy Sheppard also remains a candidate for the head position.

Connelly, a Baltimore native, was an intern for the Wizards in 1996 when attending local Catholic University before working his way up to assistant video coordinator, full-time scout, and director of player personnel. Others who have served as Washington’s video coordinator include rising stars in current assistant coach Ryan Richman and VP of Basketball Analytics/Salary Cap Management Brett Greenberg. Connelly continued to work for the Wizards until he was hired as assistant general manager of the New Orleans Pelicans in 2010 before joining the Nuggets five years ago.

Katz also reported that Connelly has privately told people that running the Wizards would be a “dream job” because it brings him and his wife back to the DMV area closer to family. Last Sunday, May 12, the No. 2 seeded Nuggets lost in Game 7 against the Portland Trail Blazers ending Connelly’s season. After briefly touching down in Chicago for the NBA Combine, the former Nugget executive traveled to D.C. to meet with majority owner Ted Leonsis on Friday. Despite initially not wanting to interview for the position according to Katz, Connelly came to town before an offer was officially made.

There are conflicting reports on whether Washington even made an offer according to the Washington Post’s Candace Buckner. Woj implies an offer was made over the weekend, but the Nuggets president Josh Kroenke was a deciding factor in retaining Connelly. Besides the draw of returning back to the DMV area, the Denver job is clearly more desirable and allows Connelly a chance to finish what he started. If SI’s Chris Mannix report from Friday that Washington only offered a four-year deal, running in line with John Wall’s supermax extension, the Wizards may have missed out on an extraordinary talent over a measly fifth year after having the same team president for 16 seasons.

Can confirm that Tim Connelly is staying in Denver.

May not be so surprising after all — I spoke to three people yesterday who all claim the #Wizards never gave a contract offer to Connelly on Friday. They talked about the job, yes — but no years and $$$ were offered.

Connelly had been impressed with Leonsis’ vision for franchise, but Denver’s Josh Kroenke made an aggressive case to keep Connelly once Wizards extended an offer over weekend, per sources. Major coup for Denver. https://t.co/Bms0TdTLkJ

The focus now returns to Weaver, Ferry, and Sheppard who have interviewed more than once for the Wizards top front office position. Each one will still have several questions that will need to be answered immediately. How do you he navigate a $170 million contract and the possibility of Bradley Beal being eligible for an even bigger deal? The NBA draft is in one month on June 20 and free agency moratorium starts shortly thereafter on June 30.

There are also decisions to be made about the current front office, coaching staff, and all the way down to the PR department. Is Sheppard retained in a general manager role reporting to someone else? What about VP of Player Personnel Frank Ross, VP of Player Programs Ed Tapscott, analytics expert Brett Greenberg, and so on? Is Scott Brooks retained with two-years and $14 million still left on his contract? With each passing day, the likelihood that Brooks begins the 2019-20 season as head coach approaches 100 percent. What about his staff of Tony Brown, Robert Pack, Ryan Richman, and many others? All of those decisions need to be made immediately because it will be some time before those roles can be filled again. The Wizards have a culture problem and they are seemingly no closer to rectifying past wrongs as their top front office position remains vacant.