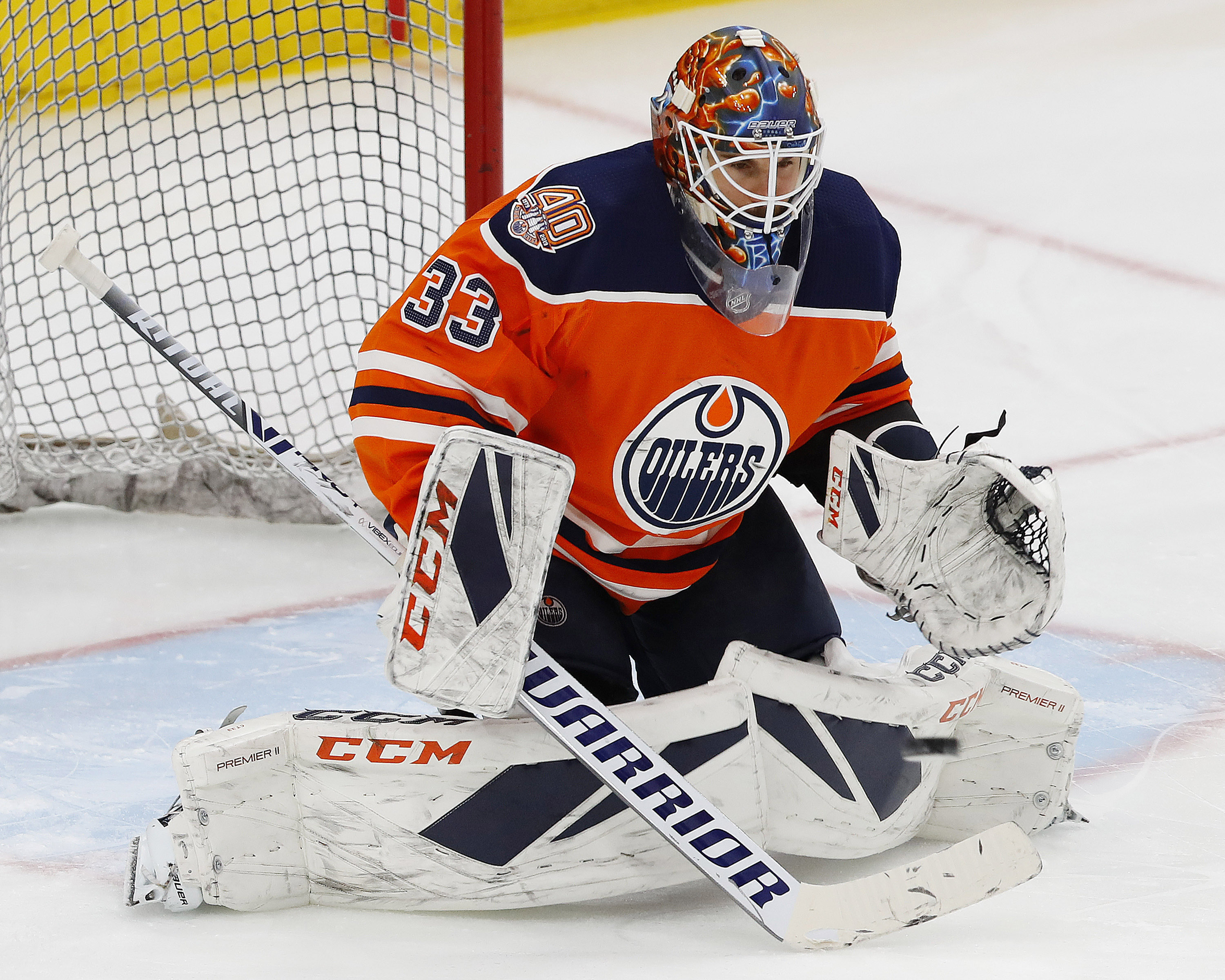 Outside of Dwayne Roloson and a single season from Mathieu Garon, goaltending has been a problem for the Edmonton Oilers in the salary cap era. Since the turn of the decade? Things have been much worse. The lone exception? The 2016-17 season, which it shouldn’t be a surprise was Edmonton’s lone venture into the playoffs.

Cam Talbot, in his second season with the club, was the man that season for the Oilers. He stole numerous games for the club and crafted a .919 save percentage for a team that desperately needed its goaltending to take the next step. Talbot took that step and was a rock for the Oil as they made it to Game 7 of the second round.

The Oilers haven’t returned to the playoffs in the two seasons since, and a lack of strong goaltending has been a big reason why. Talbot, a very likable player who really ingrained himself in the community, was unfortunately part of those issues.

He never regained the form of that 2016-17 season, posting a .908 save percentage during a disappointing 2017-18 campaign, then managing just an .893 mark in a humbling 31 games this past year. Talbot lost his job as the starter and was traded to Philadelphia in February.

Bottom line, Talbot has not played good hockey the last two seasons. After posting an .893 save percentage in 31 games for Edmonton last season, he managed to only appear in four games for the Flyers over the last roughly two months of the season. Those games did not go well for the veteran netminder either.

Talbot posted a 1-2-0 record over three starts and a single relief appearance, crafting an .881 save percentage during his time in Philly. After posting a 3.36 GAA in Edmonton, Talbot’s number in Philly was worse at 3.70. He struggled mightily in both stops during his contract year.

Carter Hart is the starting goalie for the Flyers, and if things go according to plan he’ll hold that position for a long, long time. The Flyers could keep Talbot as the backup, but they preferred veteran Brian Elliott in that spot down the stretch. He too is a pending UFA.

Odds are, Talbot was a rental for the Flyers to simply give them cover down the stretch a season ago. They didn’t pay much to acquire him, and thus won’t be afraid to let him walk. He didn’t impress in Philly, and that’s likely all she wrote for Talbot as a Flyer.

It seems so far away now, but Talbot was one of the league’s best in 2016-17. His last two seasons have been tough, and now it is time to wonder whether or not his best days are behind him.

Talbot was always arguably the best backup in the league during his time in New York, then he performed quite well for Edmonton in his first two seasons as an Oiler. The sharp and sudden decline, at age 30, in 2017-18 was startling. It was unexpected, and in the end is a big reason why Peter Chiarelli lost his job as GM of the Oilers.

Even after a bad season, I thought Talbot was primed to rebound in 2018-19. He was worse last season and was once again relegated to a backup role.

I think it is fair to ask if that is what Talbot is now. He had a solid run as an effective starter with the Oilers, but it appears those days are now behind him.

Here’s a look at his scouting report via The Sports Forecaster, but Oiler fans who have paid attention the last few years know exactly what to expect.

At this point, Talbot should be a backup goalie in the NHL. I don’t think, after the last two seasons, that a team can simply hand him the reigns as the starter. Those days are gone for Cam.

In Edmonton, he’d be in exactly the same situation he was a year ago, serving as a 1A/1B type of goalie with Mikko Koskinen. It wasn’t an effective tandem last season, so why expect things to change in 2019-20?

How Much Will He Cost?:

Don’t be surprised if Talbot settles on a one-year deal somewhere. His value is in the sewer compared to two years ago and he’s not going to get close to the contract he was hoping for. A one-year deal around $2,500,000 – $3,000,000 might be enough for Talbot, who is likely trying to build his value back up.

I’ll always have fond memories of the 2016-17 season. Talbot was a monster that year for Edmonton, a true workhorse netminder who helped push the club back into the playoffs. He dominated that first series against San Jose, and won the hearts of Oiler fans everywhere for his work.

Unfortunately, it was just a flash in the pan for both Talbot and the team. The last two seasons were not kind to Cam, and I don’t think the door will be or should be open for a return. The Oilers need to upgrade their goaltending this summer, and re-signing Talbot would just put them back in the exact same spot heading into the season.

I have a lot of respect for Talbot and the way he handled a tough situation, but his time with the Oil has come and gone. I wish him the best, but this really isn’t an avenue I’d go down if I were Ken Holland.