Your Morning Dump... Where the Timelord prepares for next season 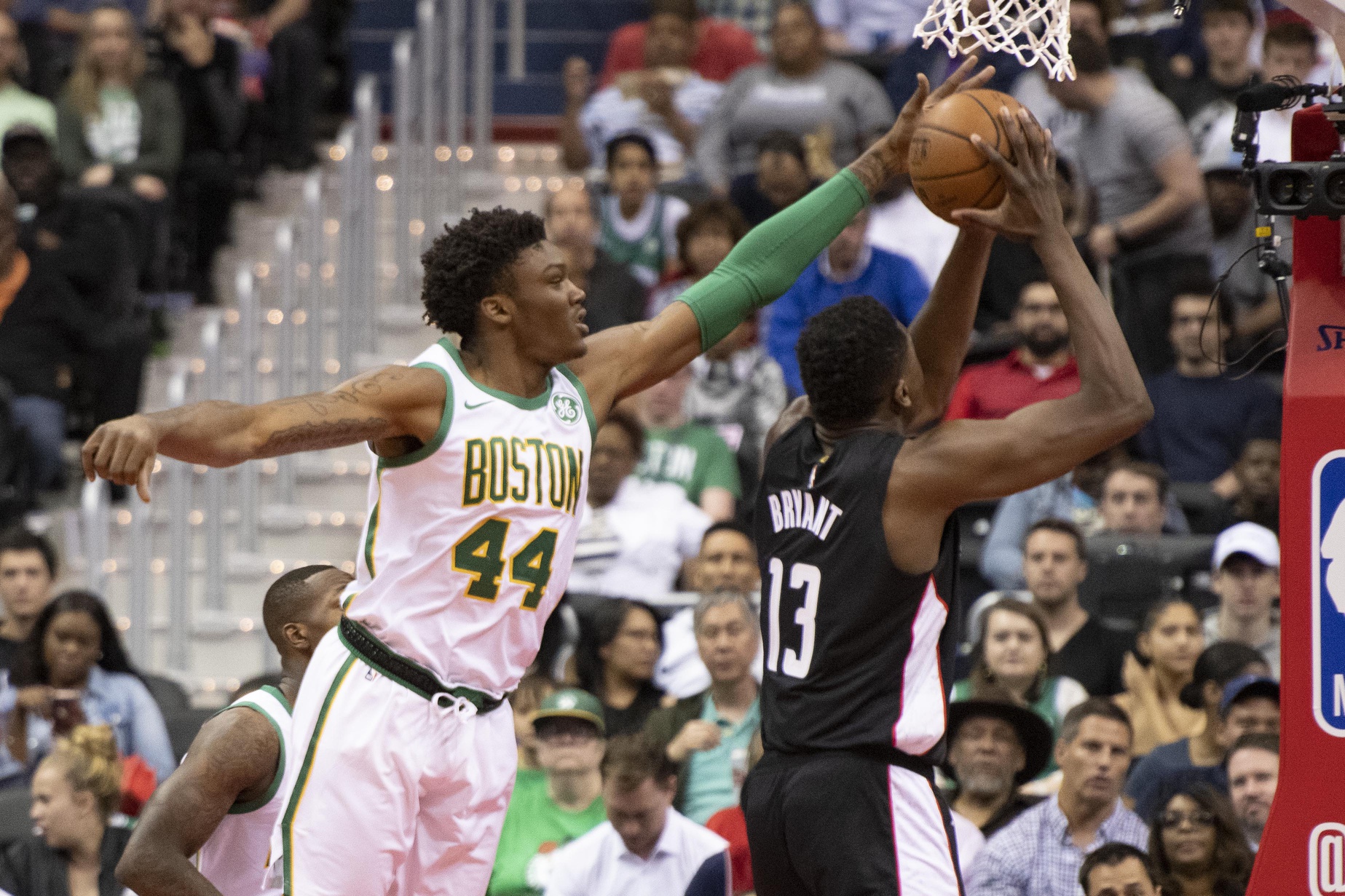 Your Morning Dump... Where the Timelord prepares for next season

“I have to work on everything. There’s no limit. Everything.”

And as for what he felt he did well in his rookie year that he can polish into a key skill that will net him more playing time in 2019-20, he was similarly zeroed in.

When given minutes, Williams often proved worthy. He played 25:30 against New Orleans in December and had seven points, 11 rebounds and three blocks. He was a plus-13. (Anthony Davis had 41 points that night but was a minus-18 in the Celtics’ 113-110 win.)

“Yeah, I obviously felt like that, but like I said, it’s a league full of great players,” he said. “So if you want to stay in this league, you’ve got to grind.”

Self-awareness is one of the best qualities a person can have, if you ask me. Williams made a great impression in that game against the Pelicans, but he’s got the right idea on what he needs to improve on: everything. Even his strengths – finishing around the rim, blocking shots – could use some fine-tuning. Williams got shredded in the pick-and-roll, effectively dashing any hopes that he would see NBA minutes with any regularity. It’s evident that he’s a smart enough player to figure it out so I’m not worried about his development.

Williams doesn’t play clueless traffic-cone defense like some young players would but is too non-commital when figuring out when to switch and when to stay put in situations that demand split-second decision making. I couldn’t help but notice that nobody dared to try and sneak a hook shot over his head after he swatted Anthony Davis, but only because they don’t have to sneak anything when you can just force him to defend the pick-and-roll and take whatever shot you want. He’s got remarkable instincts on both ends of the floor already, so we’ll have to wait and see how much a summer of workouts can refine his habits.

One page 2, an extensive exploration of Anthony Davis trade possibilities

While the odds of Boston acquiring Davis are certainly less than 50/50 at this point, it is worth discussing how the process could play out. A reasonable trade could range from the simple (the Celtics send enough current salary to New Orleans to complete the trade on July 1) to complex (a framework is agreed to but not finalized for over a month) so multiple avenues are open. One helpful thing is that the Pelicans now have a GM in Griffin who is creative in maneuvering around the cap and who has experience with the waiting game that sometimes needs to happen on blockbuster deals like this.

In fact, the biggest move of his Griffin’s career, signing LeBron James in Cleveland, was facilitated by one Danny Ainge taking Tyler Zeller and Marcus Thornton off the Cavs’ cap sheet in exchange for a draft pick. If two motivated and creative front offices find that their asset values line up, you can be confident that they’ll find a way to make the rules work in their favor too.

There is a lot of information in this article, which I won’t throw at you here, but I did think the last point Ryan makes, quoted above, is pretty interesting. I never know how much stock to put into things like this, where two GMs might have a good rapport over some previous business. Ever since Kevin McHale traded Kevin Garnett to Boston, I think people have overestimated the power of friendship as an influence that gets deals done. Ryan still has a valid point, though, that Ainge and Griffin have worked together to get some big things done in the past, so they’re probably on good terms to do it again.