2019 NBA Draft: Why Dylan Windler makes sense for the Sixers 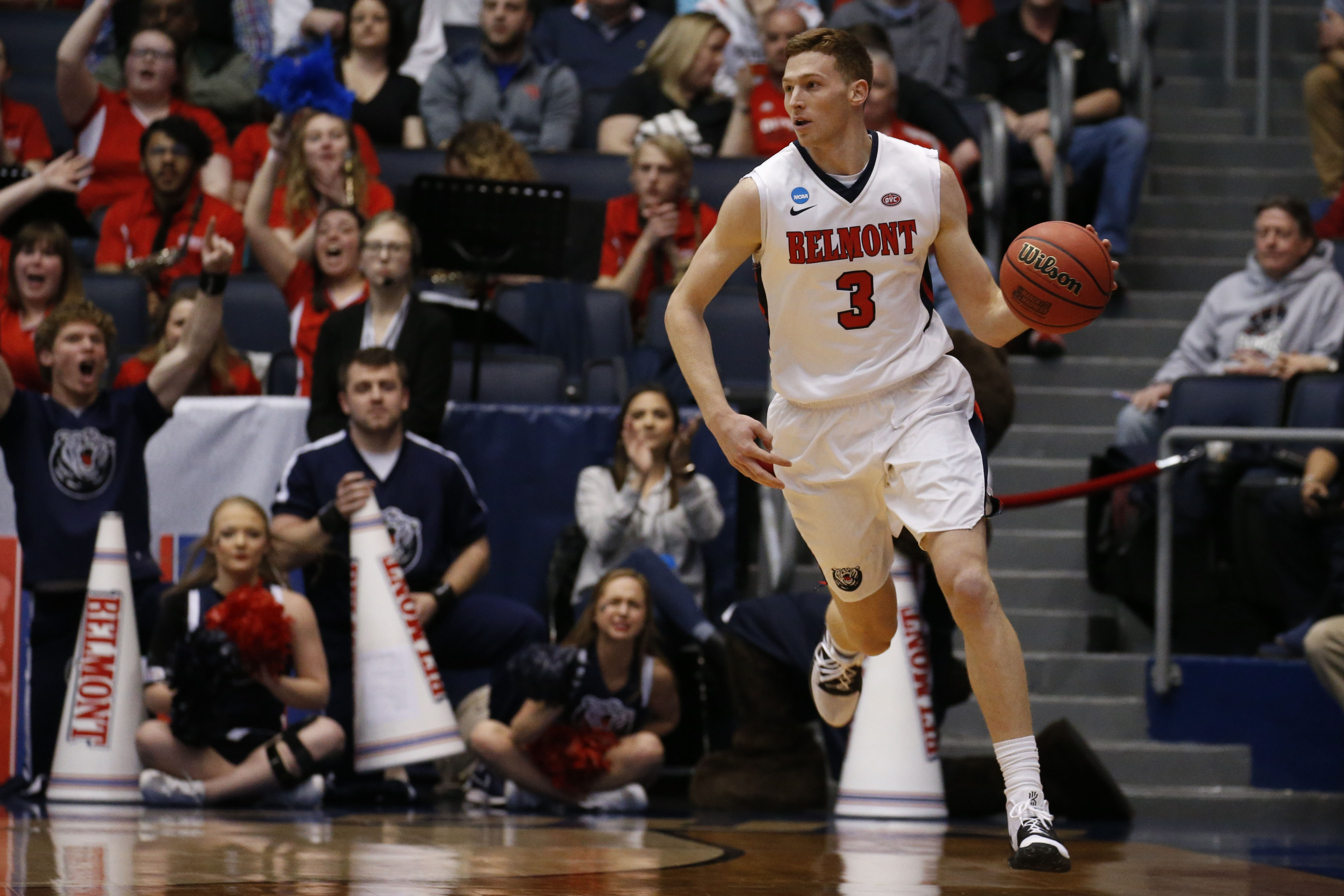 2019 NBA Draft: Why Dylan Windler makes sense for the Sixers

With the Philadelphia 76ers’ season coming to an unceremonious end a couple of weeks ago against the Toronto Raptors in the Eastern Conference semifinals, it is a great time to take a look at which NBA draft prospects could help them next season.

This season, we saw how good the Sixers could be, especially when their starting lineup (Jimmy Butler, Joel Embiid, Tobias Harris, J.J. Redick, and Ben Simmons) was clicking on all cylinders.

However, the starting lineup cannot play all 48-minutes every game, which means you have to go to your bench from time-to-time.

But those two players along with veteran forward Wilson Chandler and draft picks were traded to the Los Angeles Clippers before the NBA trade deadline for Tobias Harris, Boban Marjanovic and Mike Scott.

In addition to that trade, the Sixers continued to revamp their bench by acquiring James Ennis from the Houston Rockets and Jonathan Simmons from the Orlando Magic for former first overall pick Markelle Fultz.

While Marjanovic, Scott, and Ennis stepped up in the second half of the regular season and in the playoffs, it is not a guarantee that they are all back next season.

Therefore, Philadelphia might have to use their five draft picks (1 in the first round, 4 in the second round) to fill out the bench.

One player who could be of interest to the Sixers is Belmont Bruins shooting guard Dylan Windler. According to Tyler Kraft of the Indianapolis Star, the 6-foot-7 wing player has visits lined up with the Sixers, Boston Celtics, Brooklyn Nets, and the Utah Jazz.

This past season, Windler had an impressive senior year campaign, leading the Bruins to an at-large bid in the NCAA Tournament.

He averaged a career-high 21.3 points and 10.8 rebounds in 33.2 minutes per game in 33 games. Windler also shot an outstanding 42.9-percent from three-point range on 7.1 attempts per game and 54 percent from the field.

Windler’s three-point shooting, in particular, stands out the most when you watch his highlights from this past season. It is also something that the Sixers could use more of, especially with J.J. Redick scheduled to hit free agency.

Just like Redick, Windler does not need much space to get his shot off as the lefty has a smooth and quick release. He also does a great job of moving without the basketball and looks composed shooting the ball coming off of screens.

All of these skills were on display in Belmont’s NCAA Tournament game against the University of Maryland. Windler put on a shooting clinic from the perimeter, scoring 35 points on 11-of-23 FG and 7-of-14 shooting from the three-point range in Belmont’s two-point loss.

Even though he was knocking down shots from the perimeter at a consistent rate, Windler did put the ball on the floor and helped his team out in the rebounding department (11 rebs).

In fact, one could make the case that his ability to rebound the ball at an exceptional rate is an underrated aspect of Windler’s game.

The Indianapolis, Ind. native had a defensive rebounding percentage of 27.8 (career-high) and had 21 games where he racked up double-digit rebounds in 33 games this past season.

Windler’s 6-foot-10 wingspan not only helps him when it comes to rebounding but also in the steals department. As a senior, he averaged 1.4 steals per game (career-high) with a steals percentage of 2.5.

Even though the rebounding and steal numbers look good, he still has some room for improvement on the defensive end.

This past season, we saw that if Windler is matched up against smaller guards, they will give him some trouble.

For example, against Tennessee, Windler has the size and wingspan to stay in front of the smaller guard initially. But when he leaves his feet on the pump fake, he does not have the recovery foot speed to get back into the play.

Therefore, the 6-foot-7 guard will have to show not only during the draft process but also next season in the NBA that he can defend multiple positions exceptionally well.

As things currently stand, the 6-foot-7 guard/forward is projected as a late-first, early-second pick in many mock drafts.

If the Sixers want to use the 24th overall pick on Windler they could or package two of their second-round picks (Nos. 33, 34) to move back into the first round.

Regardless of what the Sixers ultimately decide to do in next month’s draft, they must prioritize perimeter shooting and defense.