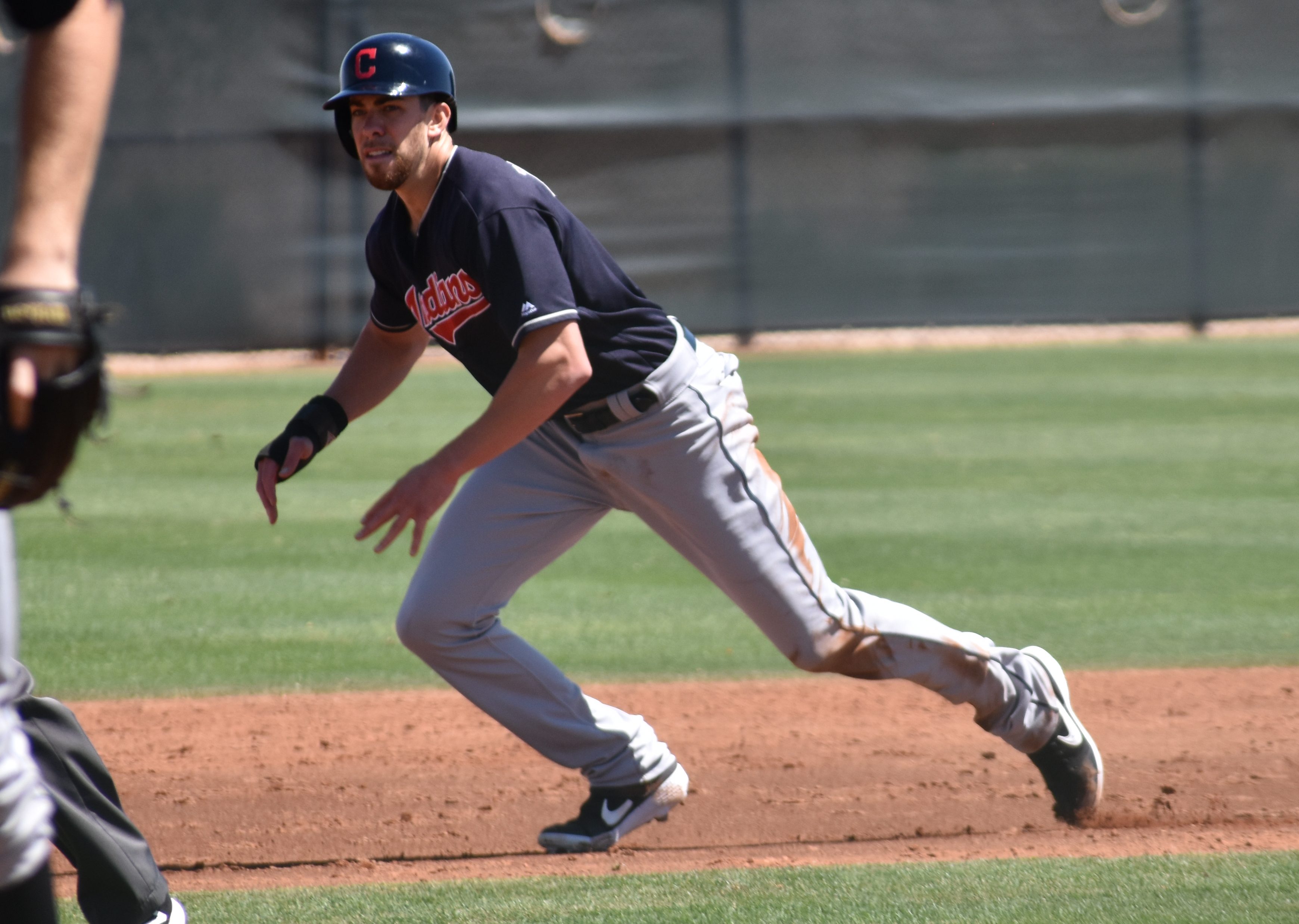 Easily the player I get the most questions about that is currently in extended spring is George Valera, but unfortunately, I haven’t been able to answer many. While I saw him some last spring, he missed almost all of the 2018 Arizona League with a broken hamate bone, then missed all of this extended spring until last week with a hamstring issue. Then, in his first two games back he didn’t make fair contact with a pitch.

On Friday, he finally broke through in the hit column with a very odd play that was scored a double hit back to the pitcher. While exit velocities aren’t available for this level, the comebacker returned to the Dodger starter Aldry Acosta much faster than the pitcher could react and the liner caromed into short left for a two bagger. In the next inning on defense, Valera kept his fire going in center field when he made a routine catch near the wall in center, then threw flatfooted all the way to third for an outfield assist and double play.

While I don’t have much else from this game, Luis D. Garcia pitched well with a very effective strategy of attacking the strike zone early in the count. Garcia had consistent although not particularly impressive numbers in his first two seasons and he seems to have improved both his movement and control since last year.

Zimmer tags up at third while Rodriguez hits a sacrifice fly to right. – Joseph Coblitz, BurningRiverBaseball

On Saturday May 18th, Bradley Zimmer joined the squad on rehab assignment from the MLB squad after healing from his oblique injury. While not considered ready for the field, Zimmer was used as an extra hitter, hitting second in each of the first three innings. He grounded out to second in each of the first two at bats, but singled to right on a line drive in the third, then stole second, went to third on a wild pitch and scored on a Johnathan Rodriguez sacrifice fly.

While he carries less name recognition, Cam Hill was also on rehab assignment to start this game from Columbus. It took him 12 pitches for a perfect first with one K, giving him two perfect innings with three strike outs in the two games I have seen him pitch (the other being May 14th).

Call hits a home run in his first at bat with Indians in extended spring training. – Joseph Coblitz, BurningRiverBaseball

Zimmer switched squads on Monday, playing for team Blue as they went on the road against Cincinnati (the road being Wood Blvd). This game was similar to Zimmer’s first as he batted second in each of the first three innings as an extra hitter before heading back to the training facility. This time he fouled out to third in his first at bat, then walked and was caught trying to steal second in the second. His third at bat was the most impressive as he hit a line drive double to left with Pablo Jimenez on first to score the Indians second run of the game and was stranded on third when the inning was ended by the coaching staff with two outs.

After pulling everything in his first appearance, Zimmer showed more patience this time around, working deep into counts including on the walk. His double going to the opposite field was also a good sign. It appears that Zimmer is running at 100% at this point and the throw that caught him out at second was a good one.

Of course, 16 other players got into this game, but we can’t get to all of them. One we have to get to is outfielder Alex Call, who was the DH for the duration. This was his first time back into action after missing the last few months after coming to the team in the Yonder Alonso trade. Call took Carlos Carreno deep in his first at bat on Monday, off the netting beyond the right field wall. Call didn’t reach base again in two more at bats.

Sergio Morillo had a very odd game as he came out dominant, getting three quick outs in the first including a strike out, then struck out the first hitter in the second before allowing three straight hits. Only one run scored that inning, but he had major control issues in the fourth as he walked two, hit one and allowed a single before an out was recorded. The first out, however, was a strike out and the coaches ended the inning after one out. In the fourth, he struck out three in a row to end his outing. Morillo is an incredibly talented young starter with great movement on his slider and a plus fastball, but the fact that he needed to ask for directions to find home plate for about an inning and a half is disconcerting.

One more negative that needs to be mentioned is that the Indians committed four errors in this total drubbing by Cincinnati. While I won’t throw any player under the bus here, two were committed by players who are generally solid defensively and this team had been improving considerably defensively in recent games. In general, these were concentration errors with players simply not getting a glove low enough. This team appears to be slated to be the more advanced of the Indians 2019 AZL teams and it will be a long season if they can’t concentrate on defense when it’s a beautiful 72º day.

Mitch Longo stands at the plate for the Indians during extended spring training while on rehab assignment from AA. – Joseph Coblitz, BurningRiverBaseball

Zimmer took Monday off, but the Indians still had some rehab action with Cam Hill starting and Dominic DeMasi pitching in relief. It wasn’t a great game for Hill, who was hit significantly hard, but DeMasi was excellent, pitching two innings, striking out one and walking one without allowing a hit. DeMasi showed both good life and control of the fastball and great movement on his breaking pitches. DeMasi has made four appearances that I have seen since May 7th and this is the first that has went more than one inning. He will likely be activated shortly.

Cody Farhat is also recovering from an injury (elbow) and played well on Monday with a hit and a walk. While he is essentially on a rehab assignment, it is very likely that his eventual team will be the same one that he is working out with and that he will start the official 2019 season with AZL Indians 1.