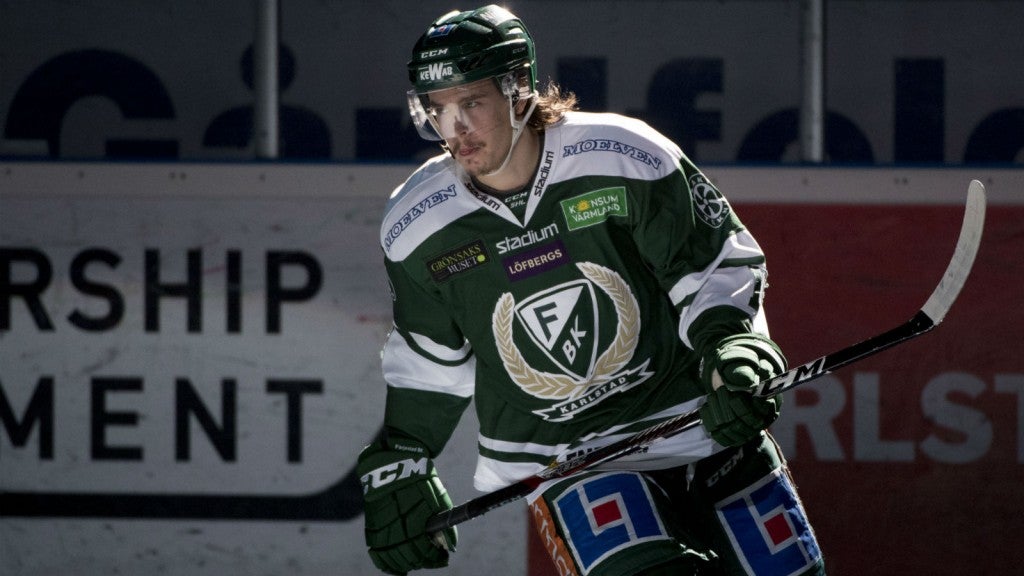 Just a day after word started to leak out that the Edmonton Oilers were pursuing Swedish forward Joakim Nygard, the club has reportedly struck a deal with one of the most lethal goal scorers in the SHL. Johan Ekberg broke the news on Twitter earlier this afternoon.

Nygard isn’t going to come to Edmonton and be a star, but there is every chance that he comes to town and provides solid middle-six play in the NHL. He checks off a lot of boxes for the squad, as Nygard is a fast skater with PK ability and a scorer’s touch.

Ken Holland is likely hoping that he can provide the type of play that Peter Chiarelli was hoping for when he signed Tobias Rieder last July. When it comes to Nygard, we are looking at a complementary player that is well rounded and who can score some goals. The Oilers didn’t have enough of those players a season ago.

Scouting report from guys in Sweden. "Nygard is very fast and a dogged worker. Smart player, get up and down the ice. Don't expect big points in NHL. Also can kill penalties." #Oilers Nygard

Nygard finished second in the SHL a season ago with 21 goals, trailing only Emil Bemstrom, who scored 23 for Djurgardens IF. His 35 points (21-14-35) for Farjestads was a carer-high, eclipsing the 34 points he scored during the 2017-18 season.

Nygard easily could have come over a year ago, he had NHL offers, but he elected to stay in Sweden for one more season to prove that he could make the transition to the NHL without spending time in the minors.

Uffe Bodin of Elite Prospects profiled the speedy Swede earlier this week and had the following from Nygard on why he didn’t come over a season ago.

“I plan to have a really good season and give myself an even better shot at an NHL contract.”

That was Nygard’s sentiment last April, according to Bodin. That bet paid off as Nygard had the best season of his professional career and hit the 20 goal mark for the first time. This year he knew he was ready, paving the way for his contract with Edmonton.

“I feel ready now”, Nygård says. “I feel like I’ve taken a few steps in my development this season. But there’s a lot of things that need to work outside the rink as well. It’s a big step to take and you have to make sure it’s right for you. But I feel like it’s time now. If someone gives me the chance, I’ll take it.”

I think we can expect Nygard to fill a role in Edmonton’s bottom-six next season, perhaps on the third line with Ryan Nugent-Hopkins should the club go with a three center formation. Nygard might not work out, plenty of European signings haven’t before for the club, but the scouring report is good and he only costs money.

If Nygard can add some speed, a little goal scoring and a strong PK presence to Edmonton’s lineup? This signing will be a win.