Your Morning Dump... Where Dan Gilbert thinks the Cavs killed it in the Kyrie trade 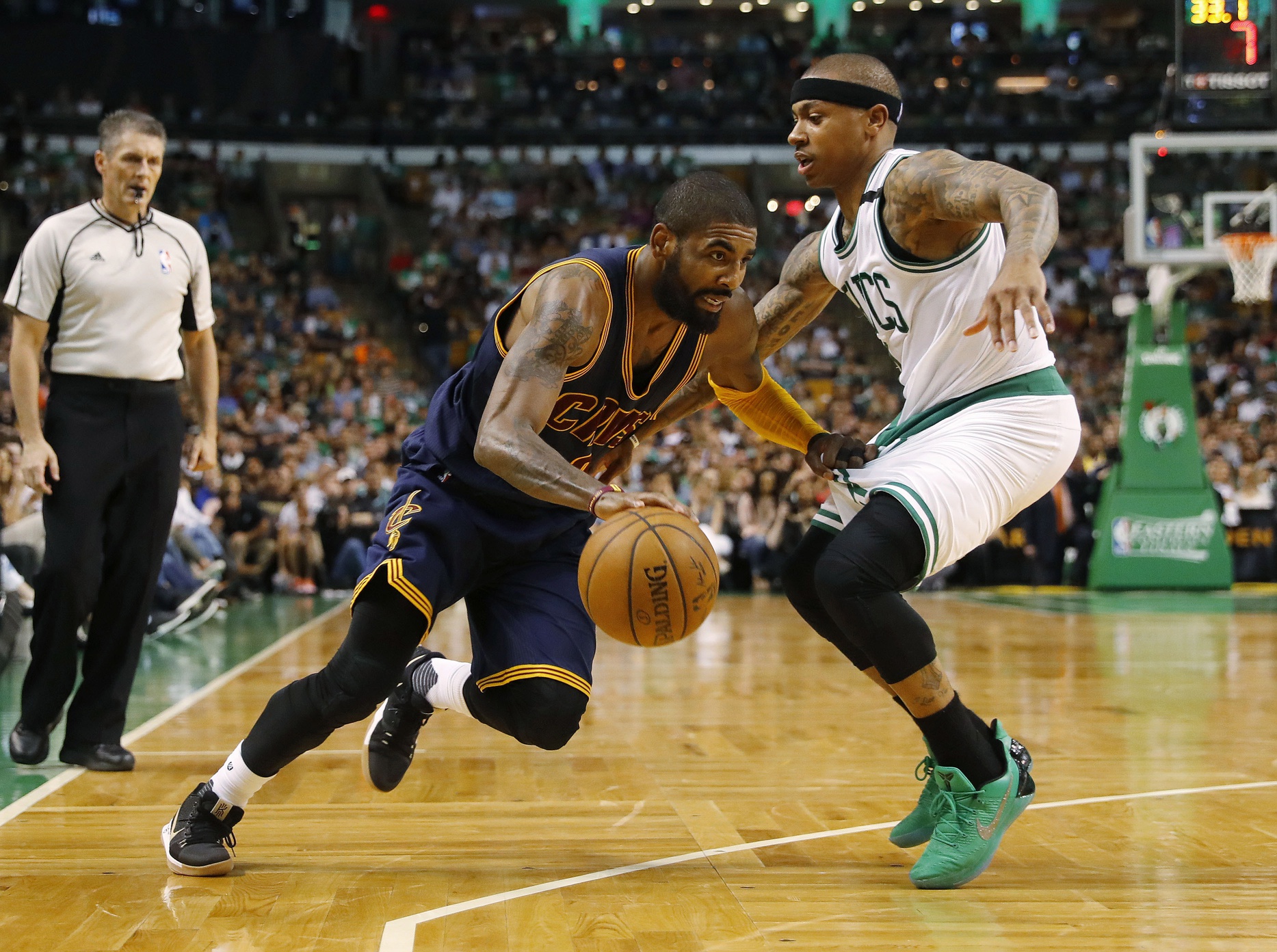 Your Morning Dump... Where Dan Gilbert thinks the Cavs killed it in the Kyrie trade

“The agent was telling us, if we don’t trade him, there is some surgery he is on the borderline of having on his knee,” said Gilbert. “It was possible he could be out for most of the year. It turned out to be true.”

Irving missed the 2018 playoffs because he had two knee surgeries. He was relatively healthy this season, but the Celtics had a rocky year and were wiped out of the post-season in the second round.

“I don’t know, but I think Kyrie will leave Boston,” said Gilbert. “We could have ended up with nothing. Looking back after all the moves Koby made, we killed it in that trade.”

Dan Gilbert is obviously trying to hype up his GM, but this trade might end up being a giant wet fart for both teams.

From Boston’s perspective, it all rests on whether the Celtics can re-sign Irving, pair him with another superstar, and win a championship.

I realize Kyrie had Gilbert and the Cavs over a barrel, but Colin Sexton didn’t exactly set the league on fire during his rookie year and Larry Nance Jr. is nothing more than a role player/energy guy.

One could argue both teams were lucky to get something for Isaiah Thomas who’s hip injury turned out to be far more impactful than anyone thought.

On Page 2, Marcus Smart has no time to celebrate individual awards.

Love this and am honored and appreciate all the love and votes. Thank you!

I want a banner though. Offseason is a myth. Let’s get it! 🔥☘️ pic.twitter.com/uSCIVdsHYE

Danny Ainge also chimed in on Twitter, his first public comments since his heart attack in early May.

And finally, why does Isiah Thomas still have a voice?

"This is where the NBA and our league has truly failed LeBron James: every place he's gone, they've always given him either a first year coach or someone they were experimenting with. LeBron James has never had the benefit of Hall of Fame coaches." — @IsiahThomas pic.twitter.com/nhR1mHPpoe

Get this man off television. Not only is he despicable, but he’s also a moron.

It’s baffling to me that Thomas – the focal point of a 2006 sexual discrimination and harassment lawsuit where the NY Knicks paid out $11 million in damages – still has a voice in this industry.