Diligent and Thorough. The Minnesota Timberwolves are trending upwards 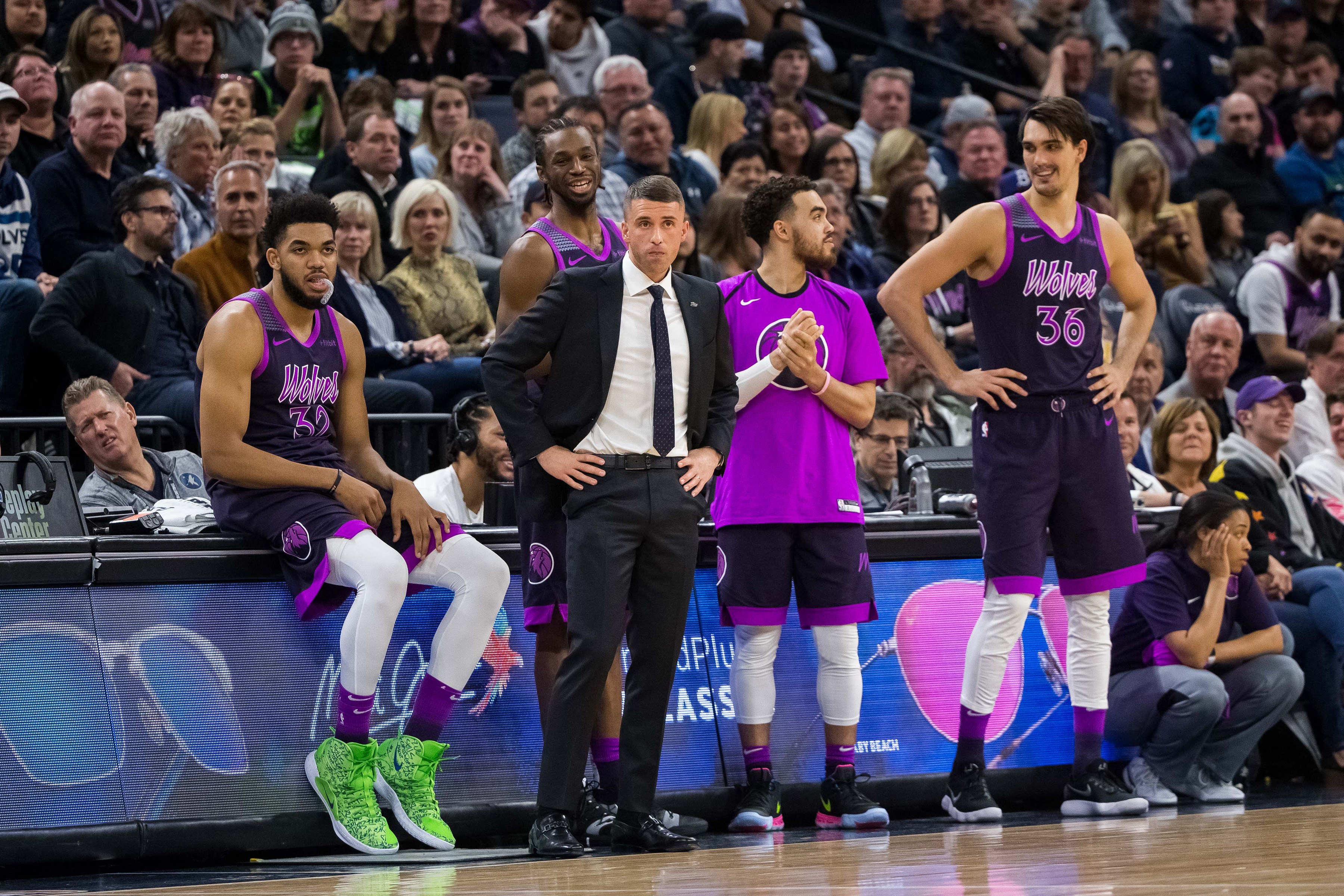 Diligent and Thorough. The Minnesota Timberwolves are trending upwards

Are the tides finally changing in Minnesota? After making the playoffs during the 2017/18 season, the Timberwolves could not have taken a bigger step backward during the 2018/19 season. From the Jimmy Butler saga to Tom Thibodeau not getting along with anyone in the organization, it was a forgetful year. However, with the recent hires of Gersson Rosas as the President of Basketball Operations and Ryan Saunders as the Head Coach, Minnesota is moving in the right direction.

Since the Wolves announced Rosas as the team’s President, his two most common words have been “diligent” and “thorough.” In fact, during the introductory press conference for Saunders last Monday, Rosas said those words more times than I can remember. Rosas talked about wanting to find a leader that shared the same vision he has, he wants to change the culture in Minnesota, and he’s going to do that through actions, not words.

For Wolves fans, there are obviously some hesitations. This is the first organization that Rosas will be in charge of. This is the first full-time coaching job that Ryan Saunders will have at 33 years old. But, for a franchise with the reputation of being a laughing stock around the league for the last decade plus, there’s no reason not to try new things and go against the norm by bringing in one of the youngest duos in the front office and coaching positions around the league. So, what will change look like and how will we know it’s going into action? Well, it’s already started.

Have you been seeing posts of Karl-Anthony Towns, Andrew Wiggins, Josh Okogie, and others at Target Center this summer wondering what the heck is going on? Well, good. At the end of the season, the players, along with Saunders, preached the idea of getting guys into the gym together this summer to continue player development and building team chemistry. Do you remember seeing these posts last year? No? I didn’t think so, because it didn’t happen. After being a playoff team, it was astonishing at how separated the players were over the summer, it seemed like they just needed to be away from each other, which shouldn’t be happening if we are committed to building a first-class organization.

We did some hooping too. 🏀 pic.twitter.com/o1c35SxVID

While the example is small, this is just the first part of the players buying into Rosas’ and Saunders’ message. Players are going to show up, and for Andrew Wiggins, who needs to be an All-Star to play up to the contract he’s getting, it’s a good sign he has been and will continue to work with the coaching staff over the summer.

Turning over the coaching staff

Shortly after the Wolves announced Saunders as their full-time Head Coach, it was announced that Saunders will be bringing in almost an entirely new coaching staff to go along with him. While no names have been announced yet, Rosas and Saunders are doing their due diligence and it should be noted that Rosas is on board with bringing in an offensive and defensive coordinator to help Saunders tackle his first full season as a coach.

While the offense was fine under Saunders last year, the defense was atrocious. The Wolves gave up way too many threes, and they were still failing to switch on screens, something that is becoming popular in the modern NBA. Now, how much of that is because of Saunders? Probably not a lot. Think about it. Just because the Wolves fired Thibodeau, that doesn’t mean Saunders could put in an entirely new system in the middle of the season. With the travel commitments and playing games every other night, the team had to stick to most of Thibodeau’s schemes, which had been installed for over two seasons. That, along with Robert Covington not being healthy, is why I’m not panicking over Saunders’ commitment to defense. He has stressed the importance of becoming a modern defense that switches screens, which the Timberwolves have the personnel to do, especially when Okogie and Covington share the floor together.

Winning an NBA Championship doesn’t come easily, teams need to take chances, which Rosas has promised to do. Take the Houston Rockets as an example. They went all-in on the three-point shot, and it almost paid off as the took the Warriors to seven games in last year’s playoffs and six games in this year’s postseason. Those types of risks can fail, but without risk, the team will be stuck in mediocrity for another two decades, while Towns flourishes and wins a championship away from Minnesota.

What do these risks involve? That’s up to Rosas and Saunders. However, they are not going to back away from the challenge. It could mean going all in on potential in the draft, needing to find a gem that can develop into a star next to Karl-Anthony Towns. It could involve putting all the chips on the table and taking a flier on a veteran like Gordon Hayward. It could involve trying some zone defense, which Saunders hinted at in his introductory press conference. Whatever it is, if there is thought behind it and Rosas and Saunders believe it could actually work, then I’m on board.

Rosas is right, Timberwolves fans have no reason to believe in them until he gives us a reason. Although all of the belief right now is based on is his diligent coaching interview process and getting players in for summer workouts, those are steps that are light years ahead of any kind of front office and coaching search for Minnesota in the 2000s. Will it actually work? Maybe not, but until it fails, I’m all in on Gersson Rosas and Ryan Saunders leading this franchise.