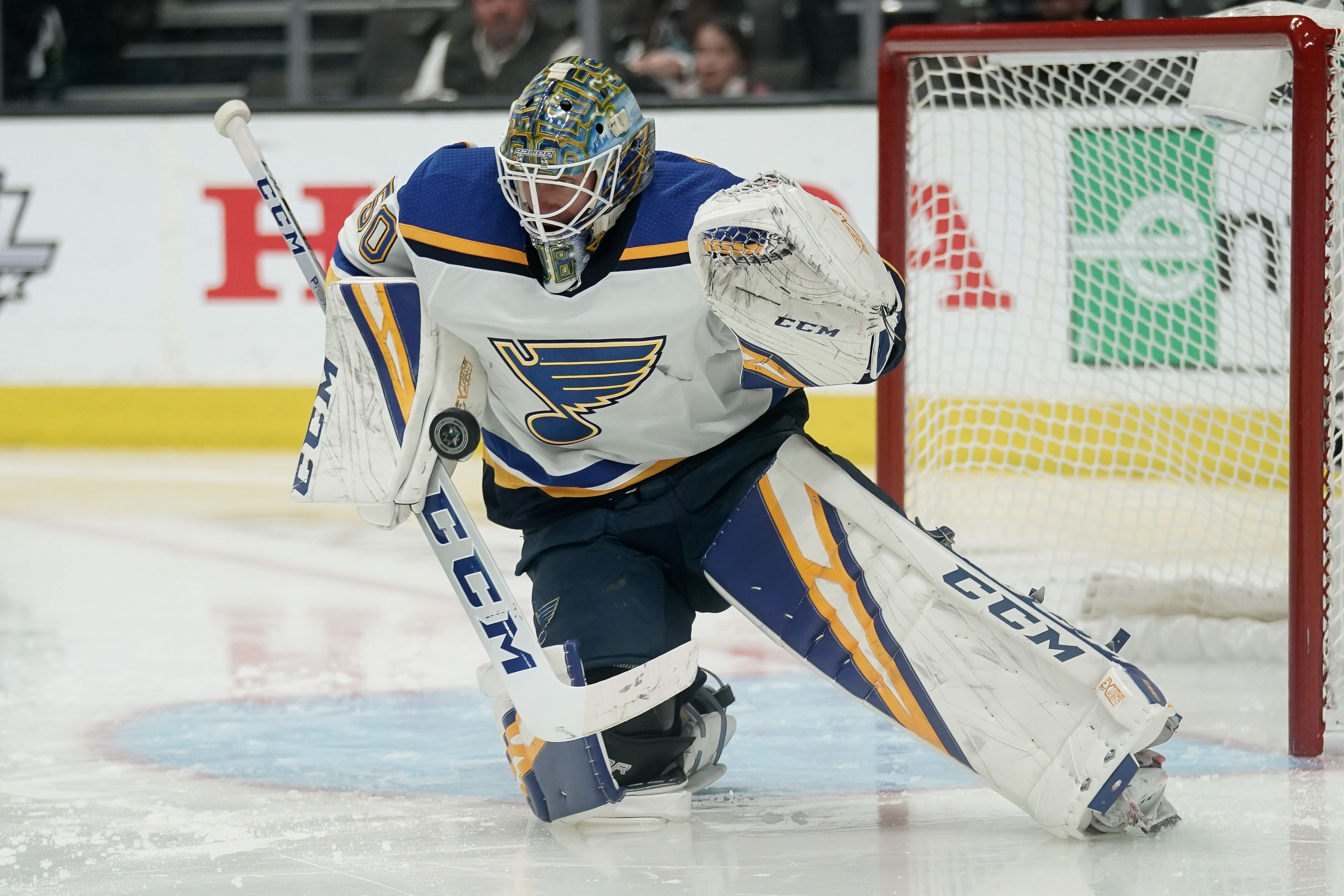 On January 2, the St. Louis Blues were the worst team in the National Hockey League. With a record of 15 wins, 18 losses and four overtime losses for 34 points, they were 11 points back of the Anaheim Ducks for the final playoff spot in the Western Conference.

However over the next three months of the 2018-19 NHL regular season, the Blues went on a tear for the ages. In the last 45 regular season games, the Blues had an excellent record of 30 wins, 10 losses and five overtime losses, to move from 15th in the Western Conference (and 30th in the NHL) to a tie for fourth in the West with the Winnipeg Jets. At 99 points, they were only one point back of the century mark. Then in the Stanley Cup Playoffs, the Blues continued to role. In 19 games, the Blues have won 12 times and are in their first Stanley Cup Final since 1970. Here are five reasons why the Blues have conquered one of the most remarkable single season turn-arounds in NHL history.

5) Progression of rookie Robert Thomas– Throughout the season, the Blues received outstanding and steady improvement from rookie center Robert Thomas. Used primarily in a checking line role, Thomas was extremely disciplined as he only had 14 penalty minutes in 70 games. Known for his outstanding stickhandling, Thomas also provided the Blues with some offensive punch as he had nine goals and 24 assists for 33 points. In the playoffs, Thomas recorded an outstanding assist on the series-clinching goal scored by Patrick Maroon to eliminate the Dallas Stars.

4) Alex Pietrangelo and Carl Gunnarsson returned from injuries– On November 30, Blues captain Alex Pietrangelo suffered a hand injury after receiving a hit from Colorado Avalanche captain Gabriel Landeskog and was out for a full month. Two weeks earlier, it was Blues defensemen Carl Gunnarsson who suffered an upper-body injury against the Vegas Golden Knights and would be out for the next 20 games. Pietrangelo returned to the Blues on December 29, and when Gunnarsson returned to the Blues on January 3, St. Louis won often with a healthy blueline. In the 2019 Stanley Cup Playoffs, Pietrangelo has been simply fantastic. He has 13 points and leads the Blues with four power play assists.

3) Star winger Vladimir Tarasenko heated up–There was no doubt it was a tale of two seasons for Blues star forward Vladimir Tarasenko. In the 2018 portion of the schedule, Tarasenko only had 11 goals and 11 assists for 22 points in 37 games with 19 games without a point. In 39 regular season games in 2019, Tarasenko had 22 goals and 24 assists for 46 points with only 11 games without a point. There have been times where Tarasenko has been inconsistent in the Stanley Cup Playoffs, but still is second on the Blues in playoff goals with eight.

2) Excellent coaching from Craig Berube–There is no doubt when the Blues fired Mike Yeo on November 19, the Blues were in a tailspin, lacked identity and confidence. More was expected from this bunch, and general manager Doug Armstrong delivered with a coaching change with long-term dividends. New head coach Craig Berube did not improve the Blues immediately, but after time learning his system, the Blues became a serious force in the NHL.

1) Brilliant goaltending from rookie Jordan Binnington–There is no doubt that the single biggest reason for the Blues turnaround in 2018-19 was because of the emergence of rookie goaltender Jordan Binnington. Prior to January 7, Binnington only played in two NHL games as St. Louis was still going with Jake Allen as their no.1 man. However on January 7, Binnington got the start against the Philadelphia Flyers and stopped all 25 shots for the shutout in a 3-0 Blues win. It was clear that this was Binnington’s job now as he took the reins and ran with it. His statistics were staggering. In 32 games, he had a record of 24 wins, five losses, an overtime loss, five shutouts, a goals against average of 1.89 and a save percentage of .927. Binnington is also one of three candidates up for the Calder Trophy as he is against Elias Pettersson of the Vancouver Canucks and Rasmus Dahlin of the Buffalo Sabres.