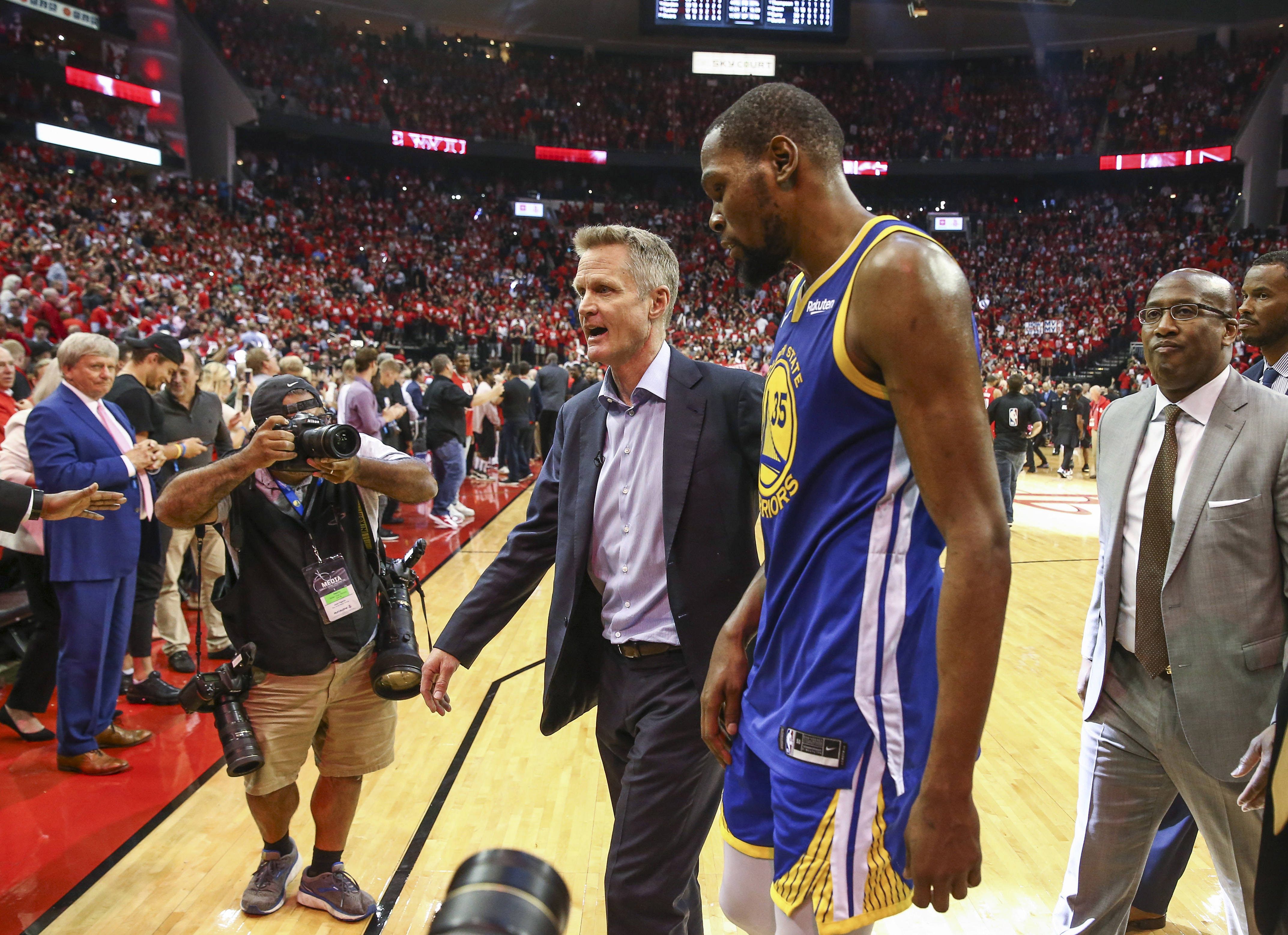 Warriors superstar Kevin Durant had NBA fans questioning if their team would even get out of the second round, after he went down with a calf injury in Game 5 against the Rockets.

And yet, the Rockets won Game 5, even with KD out, and then went on to win five consecutive contests since that time.

Now, the Warriors are resting, awaiting their Eastern Conference Finals foe, while the Bucks and Raptors battle it out. As for Durant, he’s been faced with questions about the Warriors possibly playing better without him. Here’s what he told reporters on Friday.

“As a player, I think about that and I’m just like, it’s not true,” he said, wearing his Rolex Submariner. “That’s not facts when it comes to a basketball perspective. The competitive side of me; I also like to talk basketball as well. So if you’re gonna say something like that, I’m gonna engage in it.”

Kevin Durant knocks down the talking point that the Warriors have been better without him pic.twitter.com/znTPfc3aTS

It’s fair to question if the Warriors offense is more efficient without Durant, despite what he says. The ball moves faster, and that isolation style of play really isn’t suited to their talents.