Drake rocks 'Kawhi Me A River' shirt at Game 6 (Photo) 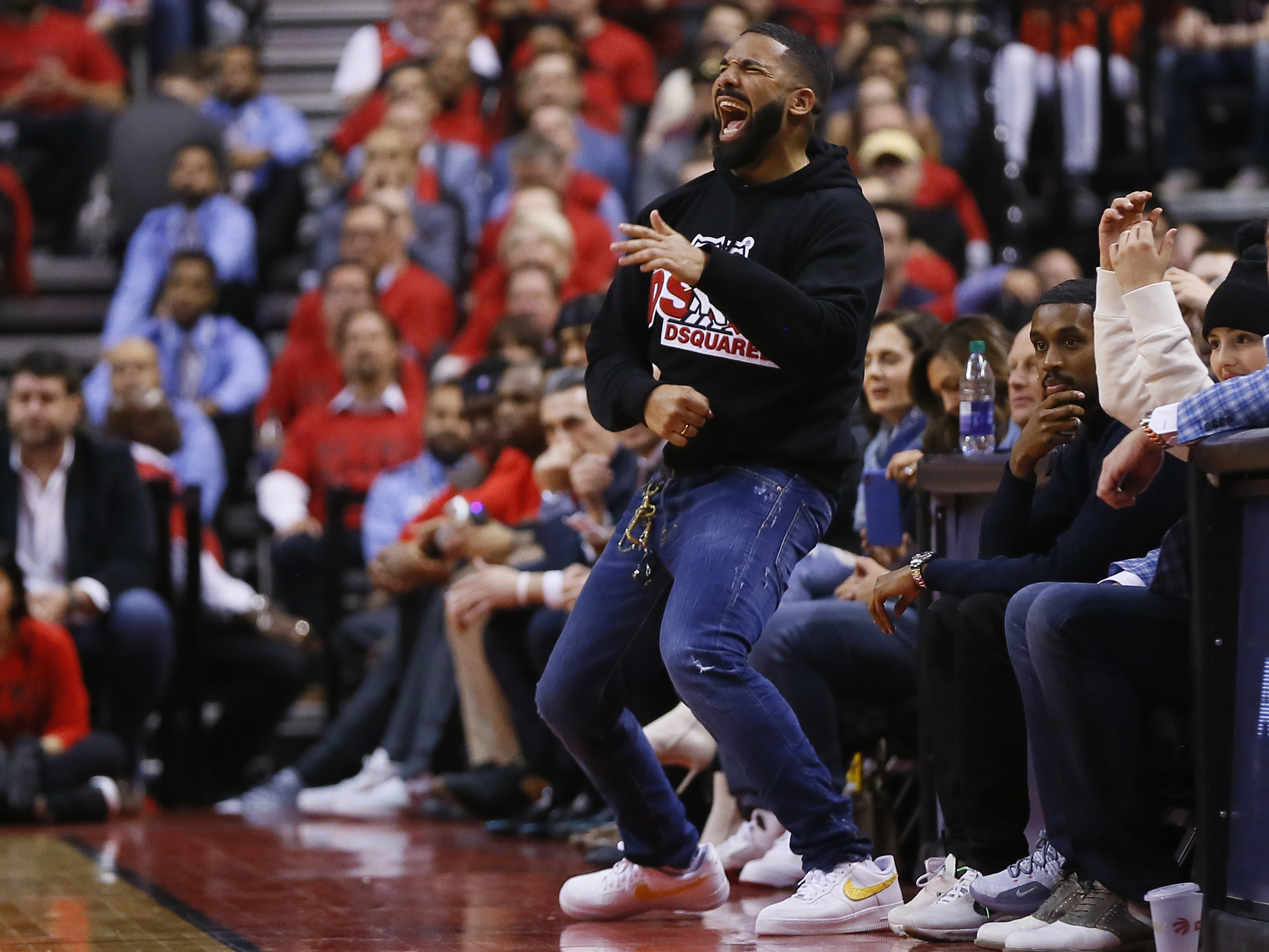 Drake rocks 'Kawhi Me A River' shirt at Game 6 (Photo)

Drake’s antics have been on full display during the Eastern Conference Finals, as he’s found ways to insert himself into the games between the Raptors and Bucks, just because he can.

No one really knows what being a global ambassador entails, but apparently, it gives Drake the right to sit courtside, where he heckles opposing players, gives head coach Nick Nurse massages and gets as much TV time as he can.

So it was no surprise when he was in peak form at Scotiabank Arena for Game 6 on Saturday night, rocking a “Kawhi Me A River” hoodie.

"Kawhi Me A River" pic.twitter.com/MXYJ6IAi65

Drake was ready for Game 6. pic.twitter.com/mmvFfgewPn

Who knows what he’ll bust out for the NBA Finals.