Josh Jones Is Right, He Is Not in the Packers Plans 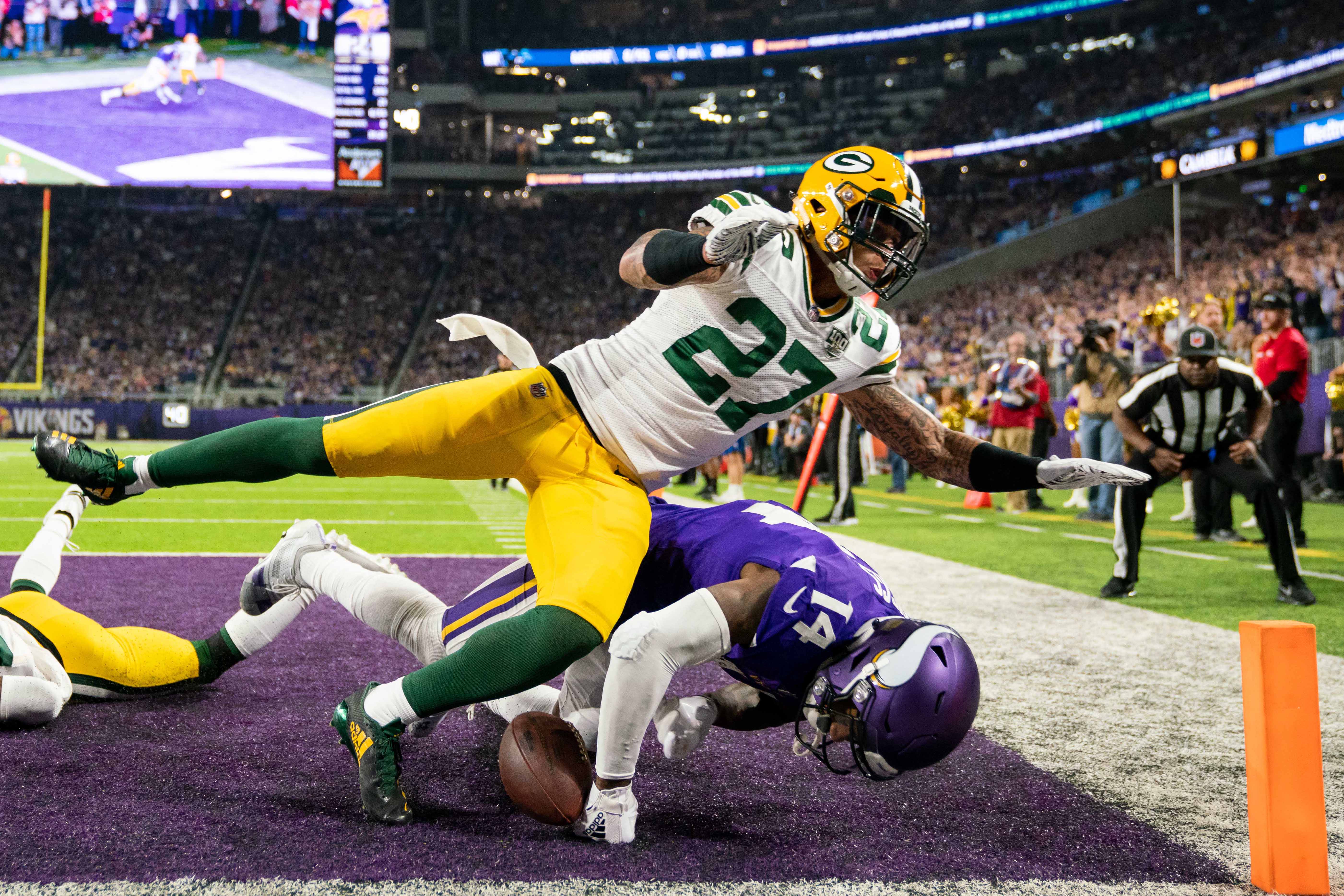 Josh Jones Is Right, He Is Not in the Packers Plans

Earlier this week, Green Bay Packers safety Josh Jones announced that he was staying away from OTAs because he wanted to play elsewhere in 2019. While Jones’ request seems harsh, it is probably best for both the Packers and Jones if both sides move on as quickly as possible.

Jones is entering his third NFL season. The Packers selected the North Carolina State alum in the second round of the 2017 NFL Draft with the 61st overall pick.

In his first two years in Green Bay, Jones never quite established himself as an NFL starter. While he is officially listed as safety, he has also played the hybrid safety/inside linebacker position so popular in modern NFL defenses. Jones has played in 29 games over his first two seasons and started 12.

On the surface, Jones’ request may seem immature or drastic, but on closer examination, the player can clearly see the writing on the wall. He is not really a major part of the team’s plans going forward.

Since Mike Pettine has taken over as defensive coordinator in 2018, he has not included Jones in his plans. In fact, the team has tried to use other players at almost every opportunity over the course of the season. First, the Packers used a third-round pick on Oren Burks to compete with Jones for the hybrid position.  Burks got injured in the preseason and never won the starting job, but Jones never claimed it either.

At safety, the Packers started undrafted free agents Kentrell Brice and Jermaine Whitehead ahead of Jones even after Jones returned from an early-season injury. Brice was eventually benched and then Whitehead was released midseason. Instead of immediately starting Jones, the Pack moved veteran cornerback Tramon Williams to safety. The other starting safety, Ha Ha Clinton-Dix was traded midway through the season but that didn’t elevate Jones to the starting lineup either. Eventually, the secondary was so decimated by injuries that Jones was the only realistic option left. He started the final four games of the season, representing four of the five starts he got in 2018.

Jones was not happy about his lack of playing time last season and he did speak out. In mid-October, shortly after seeing his first action of the season, Jones let the media know how frustrated he was. “That’s what I’m here for. You ain’t going to (draft) a player in the second round to not contribute to the team,” Jones told reporters. “Some guys play this game because of what comes with it and what they can get out of it. Some guys, they enjoy just getting a check every two weeks. They’re OK with just being mediocre and not improving and just being one of the guys on the team. Me? I want to work for what I get. I don’t just want to get a check and feel like I didn’t do nothing for it. Especially when you know you can be out there, you can contribute to the team. That’s what hurts the most. It’s tough, trust me. It’s real tough.”

At the time, coach Mike McCarthy was not upset about Jones’ comments, at least not publicly.

“I like the fact that Josh Jones is (ticked) off that he’s not playing because if he wasn’t, then I’d be concerned,” McCarthy said. “The fact that he’s hungry and wants to get out there, I think that shows you something about him.”

But if last year’s choices by the coaching staff hinted that they had little confidence in Jones to play a big role on defense, this offseason proved it. The Packers went out of their way to address the safety position. They signed former Bears starter Adrian Amos in free agency and then traded up and selected Darnell Savage with their second pick in the first round. Suddenly, it seemed clear that Jones would be fighting for time as a backup if he had any role on the team at all.

The Packers could still have a use for Jones. He had his moments on special teams, although he took a few too many foolish penalties. He could also be a part of the nickel or dime packages but only if he proves himself with a strong training camp and preseason.

But right now, that isn’t enough for Josh Jones. The average NFL career is less than four seasons, and this is already his third. Barring a series of injuries, he is unlikely to see substantial playing time on defense. Pettine has shown that he doesn’t believe Jones is a good fit for his scheme and has looked hard for any player to start ahead of him. Jones would clearly be better off getting a fresh start on another team where he may have a better chance to earn a starting job or at least regular playing time on defense.

The Packers may not be able to make a trade for Jones now that he expressed his wish to be dealt to the press. Other teams may just wait for the Packers to release him. But Jones is right when he says his best chance to carry on his NFL career is not in Titletown.