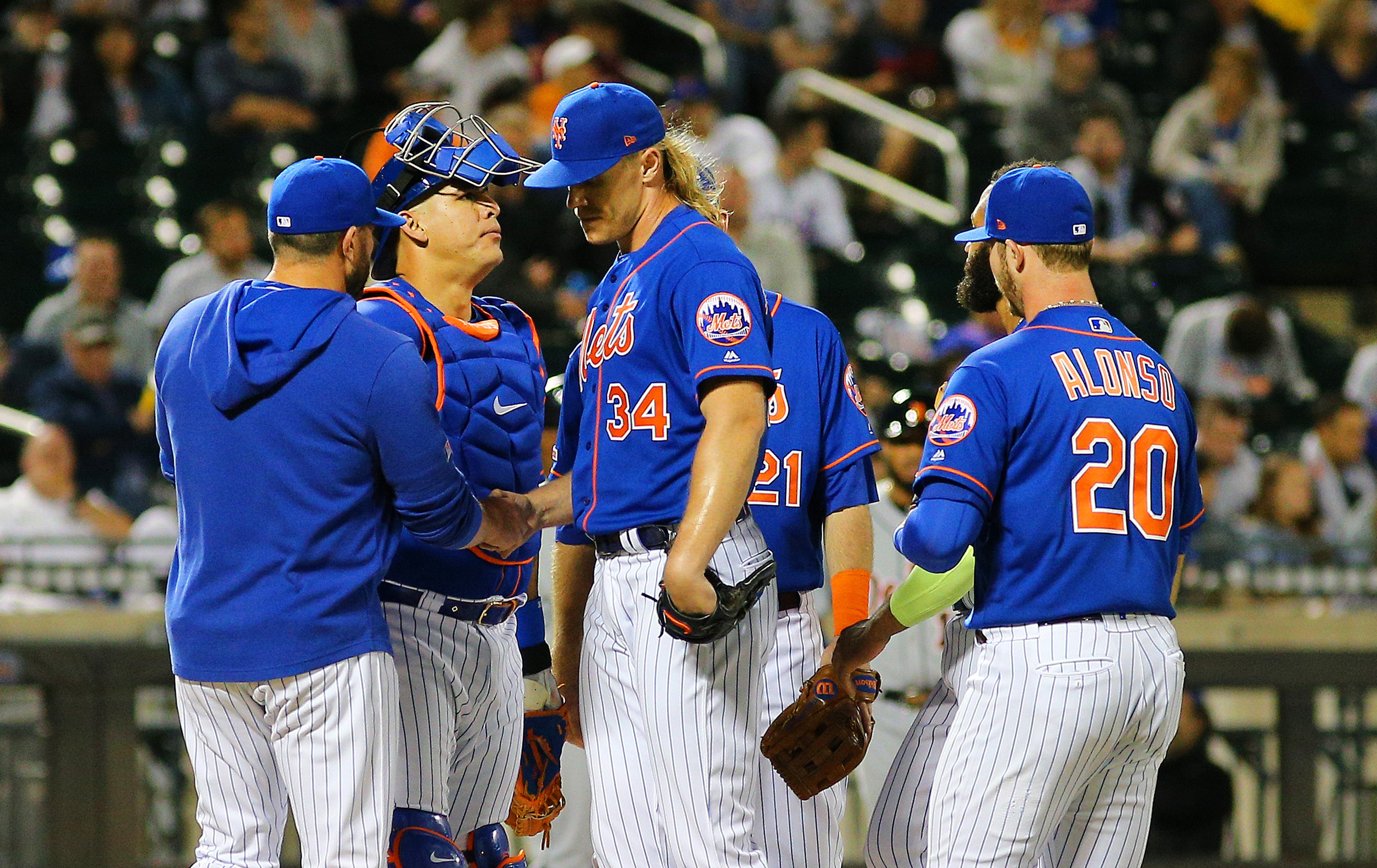 The New York Mets had a hard fought loss against the Detroit Tigers yesterday, with the offensive replacements coming up huge but falling just short in the end. While it is certainly a good thing for the Mets to get meaningful contributions from guys like Adeiny Hechavarria and Aaron Altherr, those efforts were squandered by very poor pitching. The main culprit is Noah Syndergaard, who gave up six runs in 5.1 innings to turn the game into a slugfest from basically the jump.

Over his last six starts, Syndergaard has put up three good outings and three bad ones, and there’s no way to predict when these performances will come. Here are Syndergaard’s lines from those games:

Those efforts are all over the map, ranging from dominant to downright hittable, and that makes it hard for the Mets to count on Syndergaard as a dependable starter. That is a big problem when the Mets’ team is built on dominant pitching, with Syndergaard expected to slot in right behind Jacob deGrom as one of the team’s aces.

There are a lot of theories as to why Syndergaard is struggling, but one that has begun to gain some credence is that his slider isn’t as effective. Syndergaard often uses his slider as his out pitch, and it just hasn’t been getting the same bite, which has allowed hitters to work deeper counts and try to square up his fastball. That could come down to something as simple as a mechanical tweak to fix it, which pitching coach Dave Eiland and manager Mickey Callaway are surely looking into as we speak.

If the Mets are going to go anywhere this year, they need Syndergaard to step up and be a more consistent pitcher. No one is asking Syndergaard to do what deGrom did a year ago, when he was basically the most dominant pitcher in baseball, but the wild swings from great starts to terrible ones aren’t helping anyone. Of all the pitchers on the Mets right now, Syndergaard needs to take arguably the biggest leap forward if the Mets want to turn their season around.