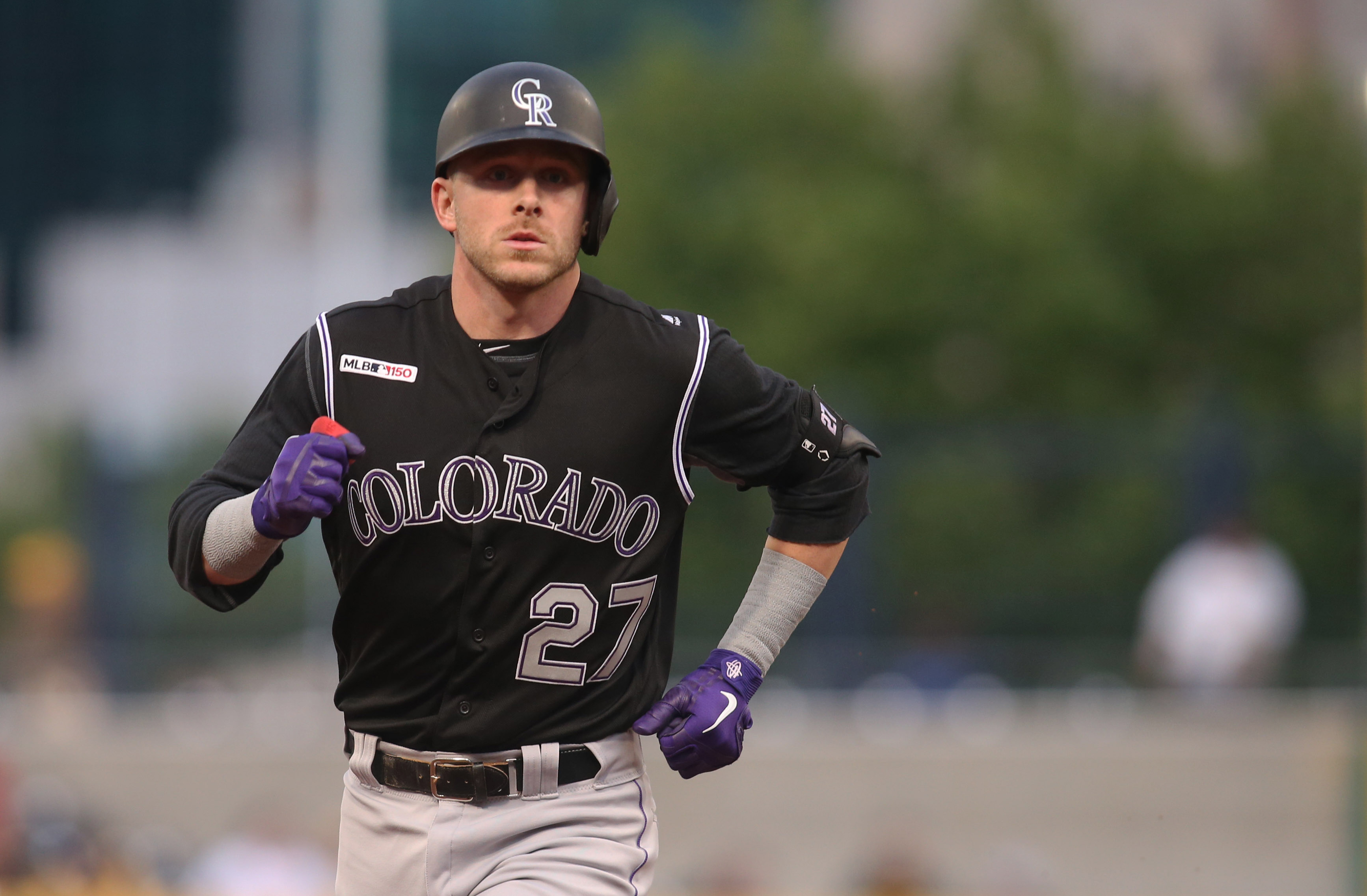 Colorado Rockies shortstop Trevor Story became the fastest shortstop in Major League Baseball history to hit 100 home runs on Friday. It took Story only 448 games to record the century mark in dingers as the Rockies defeated the Baltimore Orioles 8-6 at Coors Field in Denver, CO . Alex Rodriguez had the old record as it took him 470 games to hit 100 home runs while he was with the Seattle Mariners from 1994 to 1998.

It was a memorable game for Story too as he hit two home runs. The record breaking home run came off of Orioles relief pitcher Shawn Armstrong as it also scored outfielder Raimel Tapia in the seventh inning. The home run, which went 448 feet, put the Rockies within a run as the Orioles still had a 6-5 lead. Then in the bottom of the ninth inning, Story hit a game winning walk off two run home run that went 392 feet, which gave the Rockies an 8-6 win. The game winning shot came off of Orioles relief pitcher Mychal Givens, which also scored Rockies pinch hit second baseman Ryan McMahon.

One would think that the Rockies have no problems scoring runs. However one might be surprised that they have scored only 255 runs this season, which puts them only seventh in the National League. They are behind the Philadelphia Phillies, Atlanta Braves, Chicago Cubs, Milwaukee Brewers, Los Angeles Dodgers and Arizona Diamondbacks.

Many also expected the Rockies to contend for the National League West division title this season. However, with a record of 23 wins and 26 losses, they are nine games back of the division leading Dodgers.