Your Morning Dump… Where Al Horford wouldn’t leave the Celtics … would he? 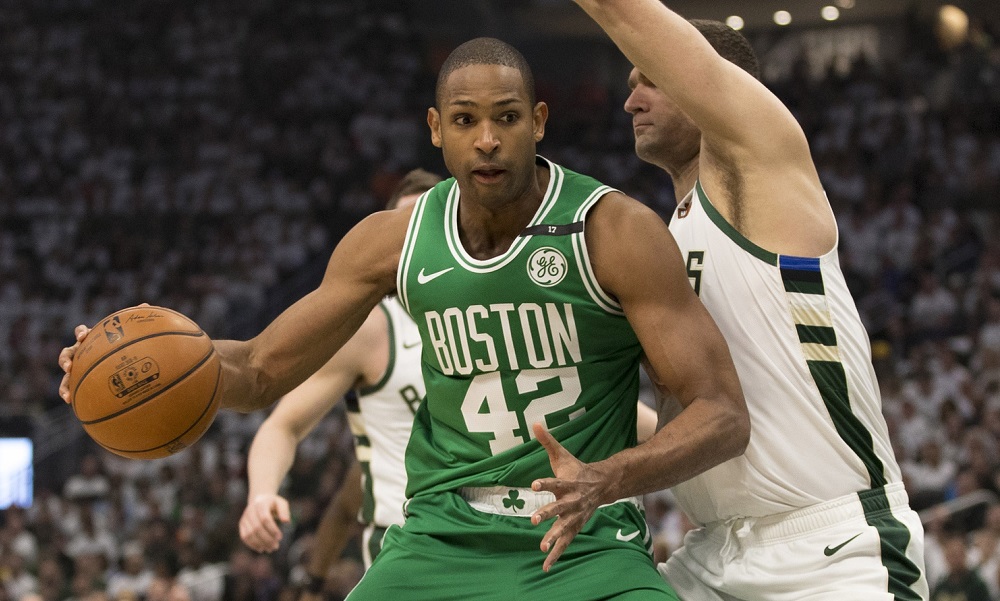 Your Morning Dump… Where Al Horford wouldn’t leave the Celtics … would he?

Horford’s future is a little murky. He must decide by June 18 if he will trigger a $30.1 million option or wade into free agency. Horford, who will turn 33 before that decision deadline, could opt out, even if simply to seek a longer-term deal (say something like a new three-year deal that pays him $70 million). It would ease Boston’s salary burden and give Horford the sort of security that might bring him closer to the finish line of his career. Opting out might also open doors for a new employer if Horford isn’t on board with the direction of the Celtics.

Opting in ensures a rich payday — only 11 players in the league made north of $30 million during the 2018-19 season — but would also leave Horford vulnerable to being moved in any big-splash move the Celtics might make over the summer. It’s a calculated risk and one that Horford might have to decide with only limited assurances about how the Celtics plan to progress.

While everyone has been focused on the question of Kyrie Irving’s future, we don’t actually know what will happen with the Team Dad. His player option allows him the choice to stay and fulfill the final year of his contract, or opt out and renegotiate, or leave entirely. And that’s scary…

While not even Horford could rescue the Celtics as the wheels came off against Milwaukee, the postseason numbers only accentuated his value. Boston’s net rating in the 122 minutes that Horford was off the court was a ghastly minus-15.2. The Celtics were essentially 19.1 points per 100 possessions better when Horford was on the floor, and the eye test confirmed as much.

Horford was asked immediately after the final game if he was planning to be back next season, and he answered in positive terms without committing. He does seem content in Boston, so there should be nothing to worry about. We can’t take it for granted, however, so if you happen to speak with Lou Merloni today, tell him to shut the hell up.

While worrying about Horford, also spare some anxiety for Aron Baynes.

All of Australia has a player option for next season at $5.5 million, and has expressed his desire to remain in Boston in order to take care of some unfinished business following the team’s disappointing early exit from the postseason.

But while he loves being green, he’s also going to consider all his options this offseason. “I haven’t really thought too much about that,” Baynes said of his future at a community event on Thursday. “I know my heart’s still here in Boston. I love Boston. It’s been great to my family. There’s no better place to play than TD Garden during the playoffs or when you’re in the middle of a comeback. So if I’m thinking of that, I know where I want to be. But at the same time I’ve got to talk with Danny, I’ve got to talk to Brad and see what their thoughts are as well. I want to be in the right situation.”

Like Horford, it appears Baynes will probably stay. That would be a good thing. His 101.4 defensive rating was second on the team among rotation players (behind only Semi Ojeleye, who’s only a semi-rotation guy). Baynes also led the Celtics with 18 charges drawn despite missing 31 games and playing only 821 minutes (10th most on the team).

The problems that the Celtics experienced last season had nothing to do with Horford and Baynes. They were two big reasons that Boston ranked sixth among all teams in defensive rating at 107.0. For the Celtics to turn it around next season, the return of Horford and Baynes will be a good start.

By reemerging as one of the NBA’s most dominant players at both ends of the court, Leonard has called into question why the market for him seemed to be relatively dry and how much other teams should regret their lukewarm pursuit. As great as Leonard has been, the return the Spurs received for him last offseason — DeMar DeRozan, Jakob Poeltl and a late 2019 first-round pick — looks even more underwhelming in retrospect. With the benefit of hindsight, Leonard’s play has caused some around the NBA to wonder how badly the Celtics screwed up by failing to load up assets for the superstar.

“Assuming what we know (about their pursuit) is true, it was questionable at the time,” said one rival executive. “Now, it looks worse.”

During recent conversations with The Athletic, one called Boston’s approach to the negotiations an “obvious backfire.” Another graded the mistake an 8 on a scale of 1 to 10.

The Athletic: A tantalizing what-if: Should the Celtics have offered more for Kawhi Leonard?

As the saying goes, hindsight is 20/20. Sure, now it’s easy for anonymous NBA execs to take shots at Danny Ainge. But at the time, no one knew if Kawhi was actually healthy, or if he could return to his past level of excellence. Trading away potential future stars for a question mark was terribly risky, especially with no guarantee Kawhi would stick around after one season.

It’s the same conflicted conversation we’re now having about Anthony Davis. And significant numbers of Celtics fans and media don’t think he’s worth it.

Toronto had nothing to lose by going after Kawhi. They hadn’t come close to winning a title with DeRozan, so why not change direction? So far, it’s worked out – but Kawhi still might walk, and then what will the Raptors do?

One can also wonder how much of this after-the-fact criticism is just sour grapes from GMs who’ve regretted making deals with Ainge. Has anyone heard from Billy King or Bryan Colangelo lately?

And, finally… Listen to Jackie Mac

Jackie Mac, one of the NBA’s best reporters, said basically the same thing on this topic as Rich Jensen did yesterday morning: Kyrie might leave, but he won’t be rejoining LeBron. Ignore all the noise from news outlets that are forever thirsty for content.

If we’re all wrong and Kyrie does land with the Lakers, one thing is certain: He would instantly become the most hated ex-Celtic of all time. Ray Allen would finally be off the hook.

Boston Sports Journal: Why a potential sign-and-trade involving Kyrie Irving is trickier than it looks

MassLive: What is the supermax extension? Why Kyrie Irving won’t get it but Damian Lillard will