After righting the ship at home, the hard work starts now for New York Mets 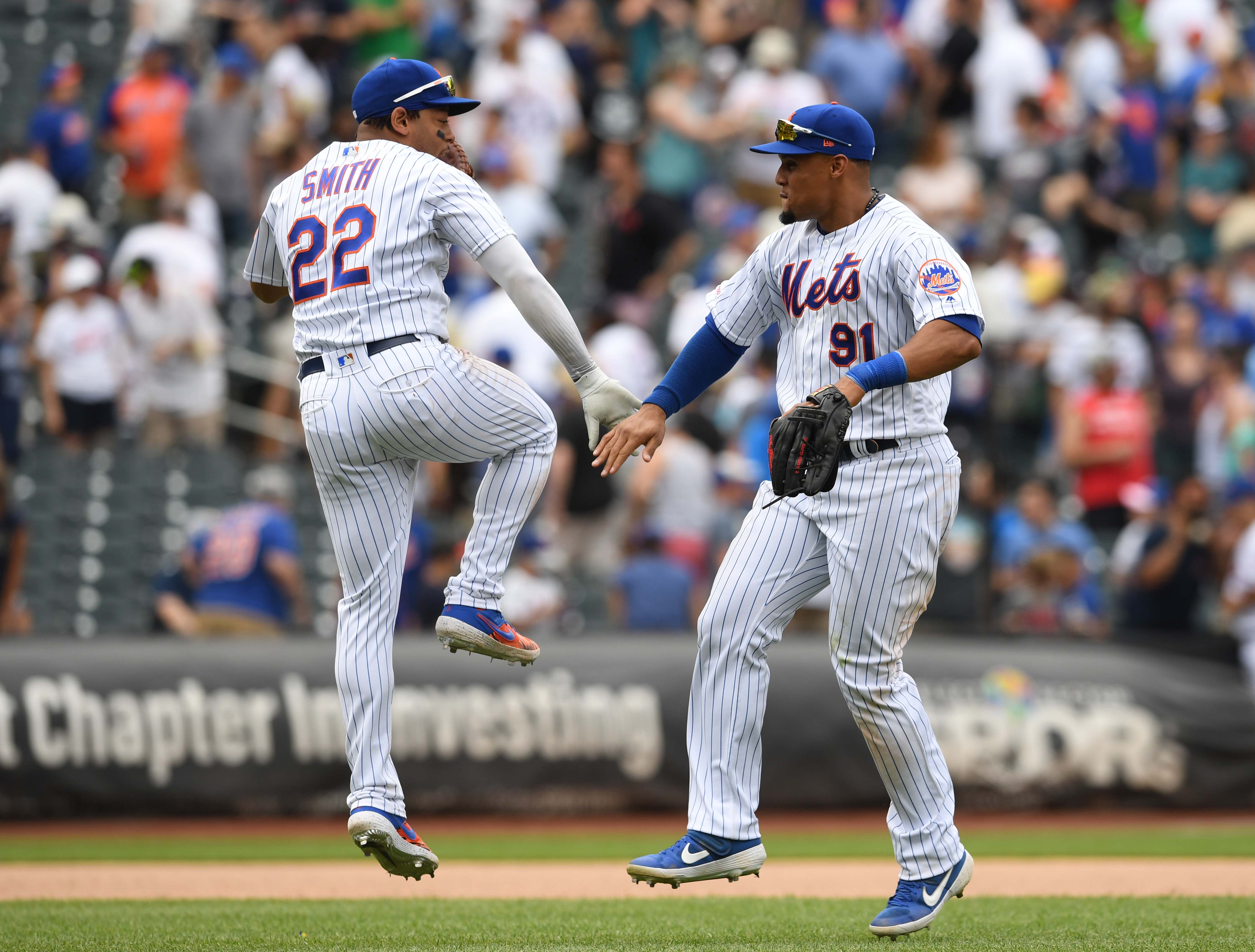 After righting the ship at home, the hard work starts now for New York Mets

It’s incredible how much things can change in baseball in a week. At this time a week ago, the New York Mets had just gotten swept by the Miami Marlins and speculation began to swirl that Mickey Callaway would be fired within the next few days. The Mets responded by taking care of business at home, going 6-1 over their next seven games to climb back to .500 at 26-26. That week of baseball could salvage the season for the Mets, but the schedule is about to get much harder going forward.

The Mets have 38 games remaining before the All Star Break, and all but six of those are against teams with winning records. The Mets don’t see the Washington Nationals or Miami Marlins again before the All Star Break, but they will have two series each against the Philadelphia Phillies and Atlanta Braves, who have been the two best teams in the National League East for most of the season. The schedule also is considerably road heavy as the Mets with 20 of these next 38 games away from Citi Field, where they have actually won nine of their last ten home games.

The good news for the Mets is that they have stabilized things, with Brodie Van Wagenen’s depth additions helping hold the fort when the offense was hit by a rash of injuries. Adeiny Hechavarria, Rajai Davis, Carlos Gomez, and Aaron Altherr have all made big plays for the Mets in the past week that have led to victories. The Mets got Michael Conforto back from the injured list today and could get back Seth Lugo, Robinson Cano, and Jeff McNeil back in the next week or two, so they could be getting healthy again at just the right time.

This stretch of games will be a big test for the Mets, who (aside from a horrendous week in Washington and Miami) have feasted on bad teams and struggled against the better ones. The Mets are at .500 now and will need to find a way to hit the break above the .500 mark, as simply treading water won’t cut it in a tight division. This could set the Mets up for a huge second half, when their schedule lightens up considerably and features more games against teams that have struggled or are beginning to fade back to earth, like the Marlins, Nationals, Kansas City Royals, Chicago White Sox, and Pittsburgh Pirates.

The fact that we can even have this conversation about the Mets is a tremendous credit to the players, who could have easily folded up the tent and let the manager get fired by continuing to play uninspired baseball. The energy the depth guys brought to the clubhouse has certainly helped, but the pitching staff has quietly righted the ship, with the Mets having the best bullpen ERA in the National League for the month of May. If the offense can build on the success they had on this home stand, the Mets could certainly keep things interesting going forward, and that would be a win for the team’s passionate fan base.