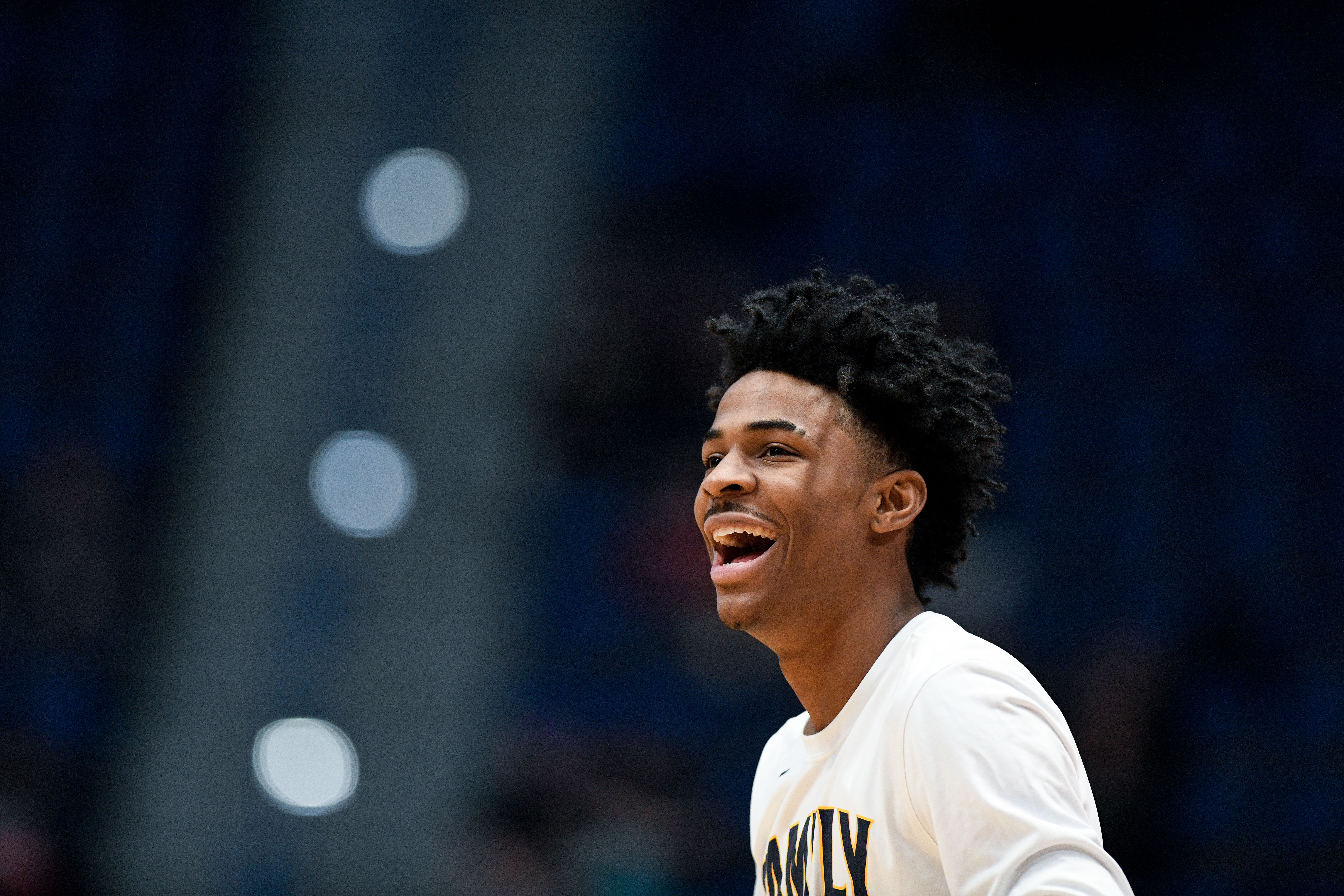 Ja Morant is one of the most intriguing prospects going into the 2019 NBA Draft. Coming off a breakout sophomore season at Murray State where Morant averaged 24.5 points, 10 assists, and 5.7 rebounds per game, Morant is seen as a guaranteed top-three pick on June 20th. What makes Morant so special is his athleticism and playmaking ability for his team. Morant has great explosion that allows him to blow past defenders and finish at the rim, or dish it off to an open teammate. We saw multiple examples of this in the NCAA Tournament this year against Marquette, which are highlighted in the videos below. As a natural left-hander growing up, Morant possesses a unique ability to fire one-handed bullets with either hand, which makes it easy to deliver on time passes to open teammates.

After his dad said his finishes to the basket were weak, @igotgame_12 had this dunk. 👀

While Morant’s athleticism and passing are impressive, his jump shot still has work to do. Morant shot 36.3% from three this season, but he needs to get more consistent from deep. As a typical trend this season, Morant was either really hot or really cold from outside the arc. He shot over 40% from three in 12 games this season but was also under 25% in 14 games. That kind of fluctuation is hard to live by in the NBA.

Along with his three-point shooting, Morant would really benefit from developing a go-to floater in the paint. Morant struggles from this area of the floor and until he puts on more size to consistently finish against NBA centers, that shot would be very beneficial. Along with his shooting, Morant’s assist-to-turnover ratio needs to improve. As an NBA point guard, the ball needs to be valued every possession down the floor. Morant averaged 5.2 turnovers per game last season, including 10 games with 7 or more turnovers. There are times when Morant gets too careless with the basketball or tries to make the flashy pass instead of just finding the open man.

Finally, I would be mistaken if I didn’t mention Morant’s defensive potential. Morant finished last season averaging just under 2 steals per game, which is very respectable. His length and basketball IQ allows him to pester ball handlers and get into passing lanes. However, Morant needs to be more aggressive on the defensive end. With his length and speed, he has the chance to be elite on that side of the ball. With Morant being the main option on Murray State with a usage percentage over 33%, it makes sense that Ja held back a bit on defense, so with obvious help coming in the NBA, Morant can take the next steps to become a proven NBA defender.

Videos you must see

In this first clip, Morant rejects a screen and collapses the defense. After drawing four guys into the paint, Morant makes an easy pass for an open corner three.

Another great read off the pick-and-roll. This time, Morant makes the big commit to him in the paint, which open up a dump off pass for the dunk. This can translate over to the NBA extremely well, especially if he develops a floater, which would make the big commit even earlier.