Pittsburgh Pirates aren't getting the Chris Archer they hoped for 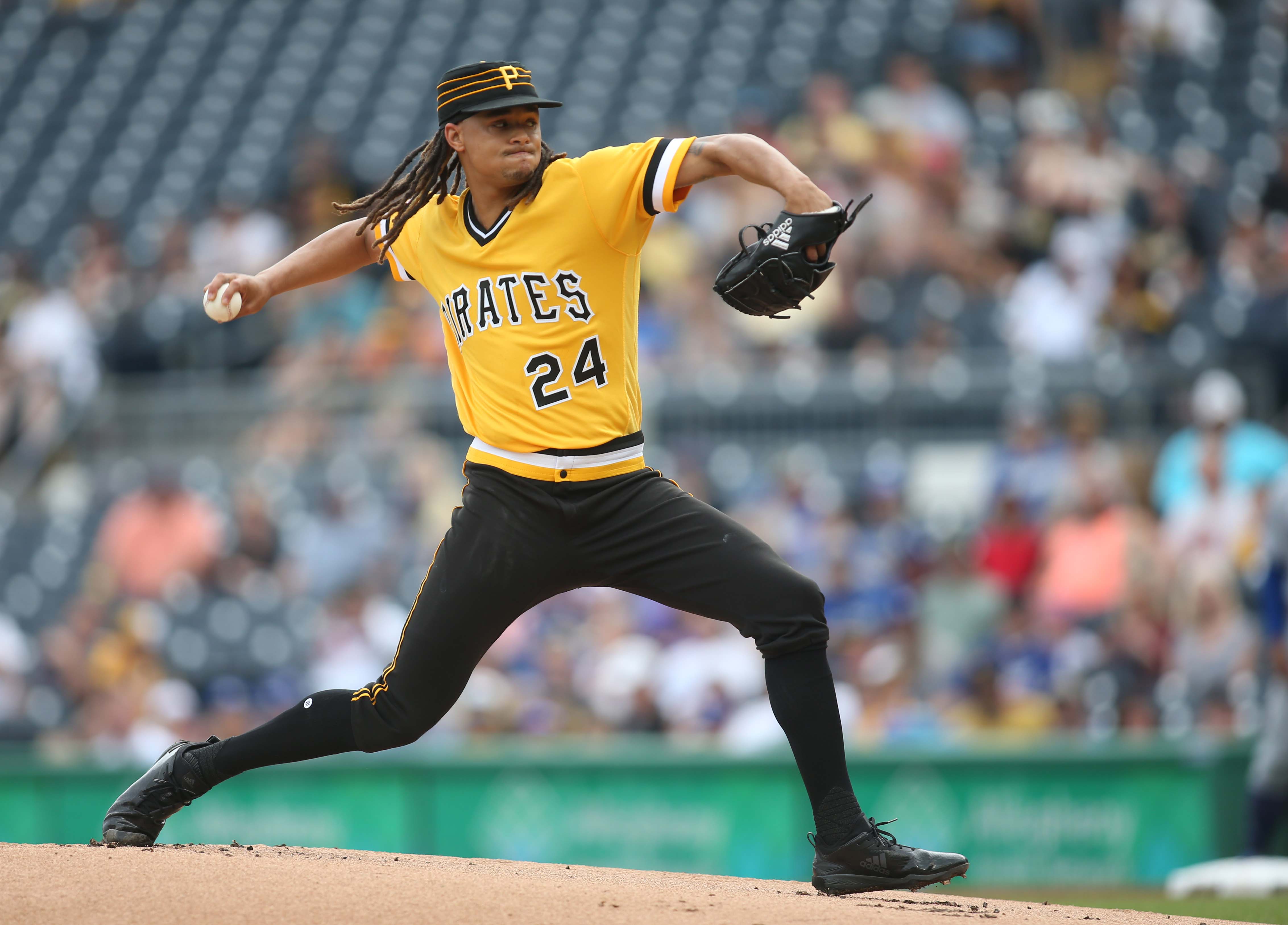 Pittsburgh Pirates aren't getting the Chris Archer they hoped for

Chris Archer took the mound for the Pittsburgh Pirates to face the Los Angeles Dodgers on Sunday. LA is one of baseball’s best offenses, and unfortunately for the 30-year-old, they once again looked the part.

The right-hander lasted just five innings, allowing four runs on six hits (one home run), six walks and three strikeouts. This is just a continuation of a rough start to 2019 for Archer, who now owns a 5.75 ERA, 1.55 WHIP, 21.7% strikeout rate, and 13.0% walk rate through 40.2 innings. His issues have been going on longer than just this season, though.

Archer has struggled at times to look like the ace he was in his younger days with the Tampa Bay Rays. Since getting traded to Pittsburgh in exchange for Austin Meadows and Tyler Glasnow, though, it’s hasn’t exactly been fun.

This is not the kind of pitcher Pittsburgh was hoping to get under a team-friendly deal. Especially since Glasnow looked like an American League Cy Young candidate prior to his recent injury, while Meadows owns a 185 wRC+ with 10 homers and 27 RBI through his first 143 plate appearances.

Tampa is happy with this trade, but what exactly is going on with Archer?

Way Too Many Walks

His current 13.0% walk rate would easily be a career-worst mark, which just so happens to coincide with a 66.4% strand rate. That’d also be the worst number he’s produced in a full season if sustained throughout 2019. Overall contact rate allowed hasn’t changed much (72.8% in ’18, 73.3% in ’19), but the route in which opposing hitters are getting there sure has.

The opposition is chasing just 27.8% of Archer’s pitches out of the strike zone (33.5% last year), and one would have to imagine it’s because he’s not getting ahead early in counts. His current first-pitch strike rate of 57.3% would also be a career-worst mark. This has led to the right-hander allowing hard contact at a 41.6% clip. And if you’re seeing the trend here, that number is also on pace to be the worst in his big-league career.

And Way Too Many Homers

After allowing a then-career-worst 1.34 homers per nine innings with the Rays in 2016, Archer had been steadily improving that number. It started with a 1.21 mark in ’17 before getting down even lower to 1.15 in ’18.

That number through eight starts is 1.77. What’s most concerning is what his batted-ball profile looks like at this point in the season.

Archer has typically been the kind of pitcher that generates a lot of ground balls. Entering 2019, he had finished a full season with a ground-ball rate lower than 44.0% just once (42.0% in ’17). At the moment, Archer’s ground-ball rate is 35.4%. The significant drop in this category has gone straight to his fly-ball rate, which is all the way up at 46.0%. Entering this season, it had never been higher than 36.0% in a full year’s worth of innings.

Those two factors, included with a hard-hit rate that’s continued to stay elevated when compared to the last couple seasons, is a recipe for disaster. And based on how his season-long stats look, that’s exactly what’s happened.

When the Pirates swung this deal with Tampa Bay last July, the front office likely viewed it as a unique way to make a win-now move. Plus, it made sense financially, as Archer is under team control through 2021 via club options worth less than $10 million per year

There’s still a ways to go before officially proclaiming a winner for this transaction, but it’s certainly tipping in the Rays’ favor right now. Pittsburgh will continue leaning on past track record while waiting for a turnaround.

After all, he’s a two-time All-Star (and as recently as 2017) and has one top-five Cy Young finish under his belt. He had all of his success in the American League East, which isn’t an easy division to pitch in, either. There are some clear problems going on, though, and the 30-year-old needs to figure them out quickly.

It’s possible he’s trying to learn how to live life without an overpowering fastball. After posting an average velocity of 95.5 mph in ’17 (a career high), it’s gone down each season and is currently 93.2 mph, the lowest it’s ever been. Learning how to pitch differently can take a while to grasp — just ask CC Sabathia and Clayton Kershaw, who have both gone through those kinds of pains.

In a hyper-competitive National League Central, Pittsburgh has no margin for error, so they need Archer to get on track in short order.