Wild Hire Mike Modano, and Swing and Miss on a Phil Kessel Trade 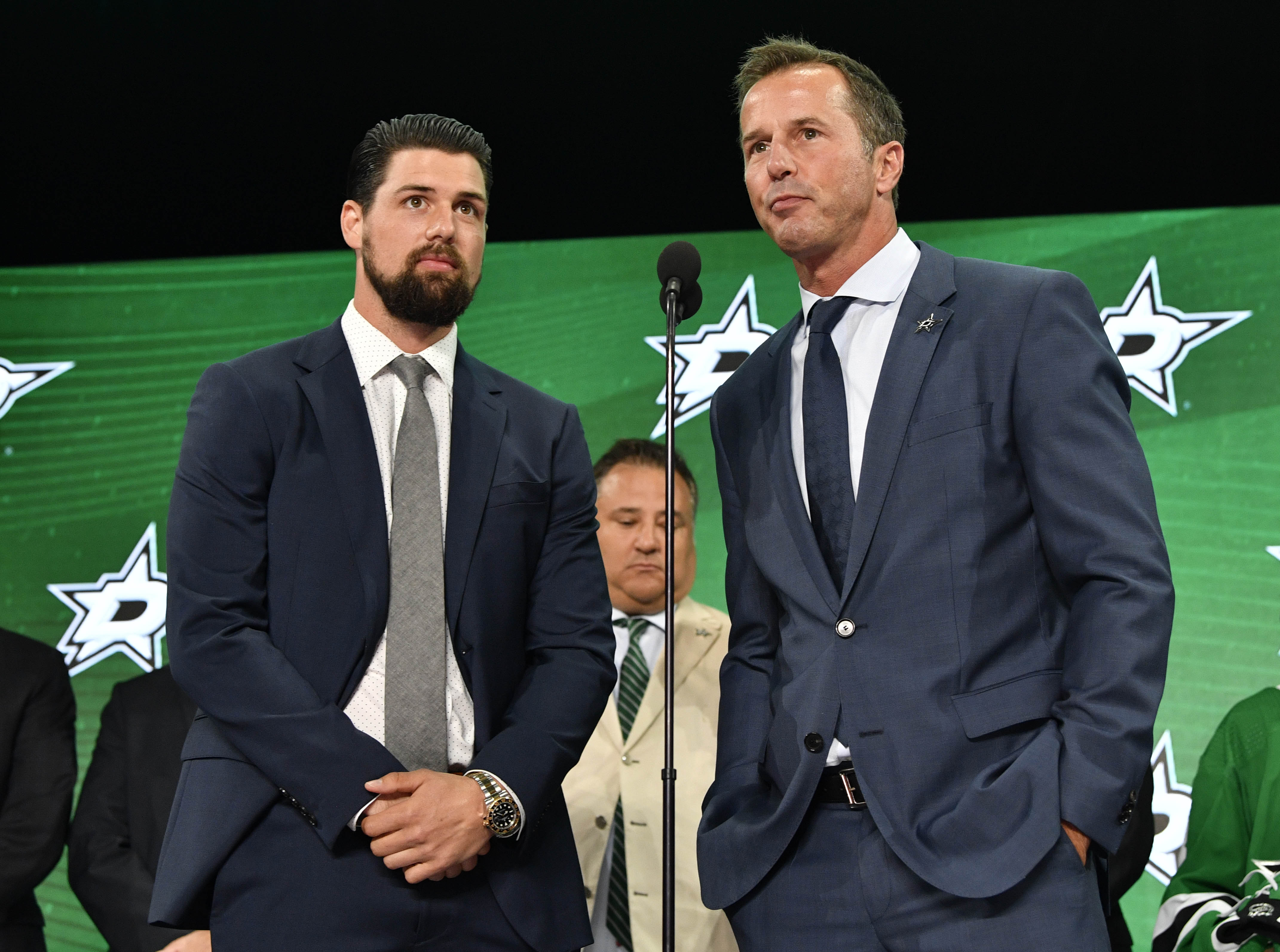 Wild Hire Mike Modano, and Swing and Miss on a Phil Kessel Trade

So there I am last Thursday, minding my own business. In fact, I’m barely even looking at my phone, as I’m sitting in an intense training session (I’m transferring to a new department at my employer). During a break, I finally check out the missed notifications on my phone. Now you have to realize, I pay little attention to the NHL notifications these days, since there’s little to be said about the Minnesota Wild. So I’m scrolling through, and there it is. The news that tells Wild and hockey fans everywhere, that former Minnesota North Stars and Dallas Stars player, Mike Modano has been hired as Executive Advisor for the Minnesota Wild. If I didn’t really need my phone, I probably would have pitched my phone at the nearest brick wall. But since I need said device and I can’t really afford a new one until this fall, I put it back in my pocket and resorted to a face palm.

Now the first question, is what exactly Modano will be doing?  In this particular role, he will be working directly with Wild owner, Craig Leipold and president Matt Majka in several endeavors. It appears that it will primarily deal with business and marketing of the team. What exactly does that mean? His job is going to be centered around team sales, corporate partnerships, and community relations. Now while there are business and marketing aspects to this job, I feel a need to point out that Modano has no university degree in business or marketing, so he’s not bringing any of that kind of knowledge to the plate. But when you dig a little further, it’s the community relations part of the job that really tells you what he’s going to be doing.

If you’ve followed the Wild for a significant amount of time, you know there’s a vocal segment of fans, who are sometimes called the “one of us” contingent. These are the kinds of fans who consider where a player is from (especially when they’re from Minnesota or played in Minnesota) far more important than their hockey playing abilities. When that player doesn’t pan out and you dare criticize that player, they will let you know how wrong you are. To me, this is nothing more than a fluff hiring. You bring in Modano to get the older fans back on the same page, because let’s face it, fans are a bit ticked with how this season unfolded. Bringing in a “one of us” guy to the front office, is nothing more than a ploy to get the fans thinking happy thoughts. Unhappy fans mean fewer ticket sales. Unhappy fans mean less in merchandise sales.  So in essence they’re hoping a few photo opportunities and maybe meet-and-greets with Modano will entice them to renew their season tickets.

You know what would make the fans happy? Fixing roster issues that should have never happened in the first place (like continually re-signing Mikko Koivu). Or not making ridiculous trades like Nino Niederreiter for Victor Rask or Mikael Granlund for Kevin Fiala. Or not drafting players like Filip Johansson. Since hockey is a business, let’s actually treat it like a business and stop with blowing smoke up the fans’ behinds. Instead we get this gem from Leipold to justify his decision:

“He is well known, he’s well recognized. He’s still one of ‘our guys.’ He still has it. Whatever the ‘it’ is in this market, he has it. He’s going to be great for us.” ~ Wild Owner Craig Leipold on the hiring of Mike Modano.

The “one of us” shenanigans don’t end with the Modano hiring either. Just when you thought we’d seen enough, you would be wrong. Adding to the utter nonsense, the Minnesota Wild have been attempting to get Pittsburgh Penguins (and former University of Minnesota Golden Gopher) forward Phil Kessel. The trade to get Kessel would have sent Jason Zucker to the Penguins along with an even trade of (possibly) Victor Rask for Jack Johnson (another Minnesota connection since he once played at Shattuck-St. Mary’s, which Pierre McGuire will point out at any opportunity).

We should be counting our lucky stars that Kessel isn’t willing to waive his no-trade clause to come to Minnesota. Yet strangely enough, when you get players who are in this point in their career (especially those with a Stanley Cup or two to their name), they might want to come “home” before they retire. One also has to wonder if Kessel has been listening to some of the league-wide scuttlebutt, that Minnesota is a bit of a toxic situation right now. Should we also point out that Ryan Suter is a good friend of his, and even that wasn’t enough to get him to waive that no-trade clause? He’s played hockey long enough, that looking at any film on the Wild, he has to wonder just who is going to feed him the puck.

Reading about this trade in an article by Adam Gretz on NBC Sports Network‘s website really points out a lot of flaws in this additional attempt at a “one of us” deal. If Wild General Manager Paul Fenton had somehow managed to pull off this collective dumpster fire, the team would have gotten even older but only saved the team about $500,000. Definitely not worth it. Both Suter and Zach Parise were “one of us” acquisitions. Tomas Vanek was a “one of us” acquisition. And one could even argue that Dany Heatley was a “one of us” acquisition. Oh, and there was also the bringing in of J.T. Brown, Matt Hendrick, and Matt Cullen that added to this trend. At least of the three Cullen actually did something. It is time for this team to not look for the blockbuster deal. We’ve “been there, done that” with the Suter-Parise signings in 2012. It is also not time to add players with some sort of Minnesota connection, just because it’s a great marketing ploy. What it is time to do, is for this team to be serious in building through the draft. Let’s not throw away early draft picks on left field picks. Let’s not trade away draft picks for little return. No, it’s time to make real, grown-up draft picks. It’s also time for this team to be bad for a few seasons in order to get those top draft picks. Chicago made themselves into Stanley Cup Champions by being bad for many years. Pittsburgh made themselves into Stanley Cup Champions by being bad for many years as well. This bit from Gretz’s article states this point quite well:

“Trying to re-tool around mediocrity or aging and declining talent only extends the mediocrity and leaves you stuck somewhere in the middle of the NHL.” ~ NBC Sports’ Adam Gretz on the Minnesota Wild

Oh, and we haven’t even addressed the rumor that the Wild have also looked at bringing in Plover, Wisconsin-native, Joe Pavelski. If you’re not sick of the “one of us” nonsense, I don’t know what to say about you.