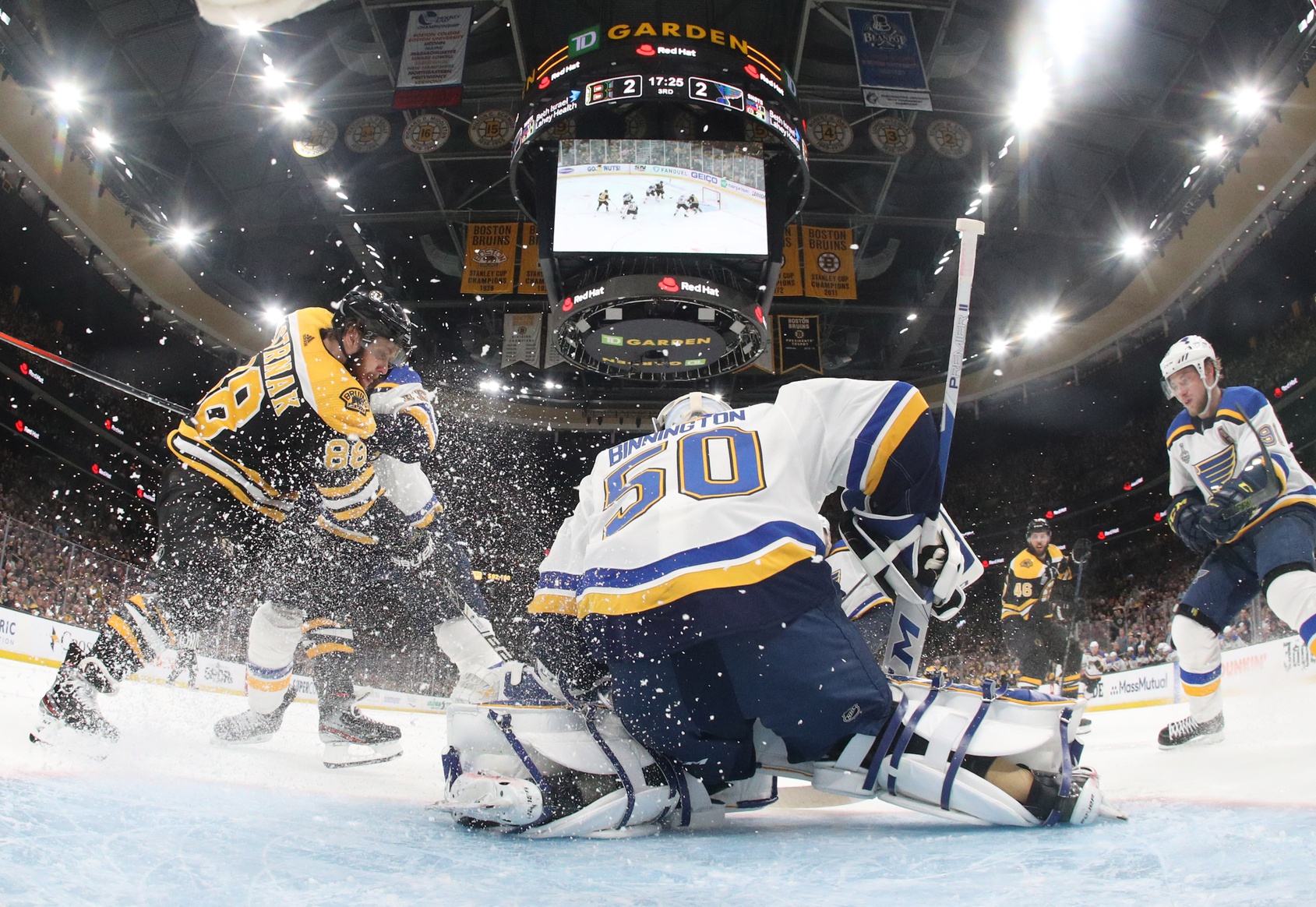 Let’s get the most polarizing topic from Game 1 of the Stanley Cup Final out of the way. The officiating was garbage. That’s not much of a surprise if you’ve watched the NHL playoffs this year. Several calls against the St. Louis Blues could be considered a bit light while other plays that deserved a penalty (Chara’s slash that broke a stick, Krug’s charge) went uncalled.

That’s all that needs to be said about the officiating. It’s easy to let it become the narrative that defines Game 1, but it shouldn’t be used by the Blues to ignore the glaring problems that emerged as the game developed. Everyone knows the NHL’s officiating is broken. It’s foolish to expect it to change now.

After putting together a mostly strong first period, the Blues couldn’t match the tempo the Bruins rolled out in the second and third periods. While part of that is due to the penalty time they had to kill, a significant portion was due to the errant passes, bad puck control and predictable approaches on offense.

The ice looked completely tilted in the final 40 minutes. It might have been a small miracle that Jordan Binnington was able to keep the Blues in a position to tie the game late in the third. It’s difficult to win when the Bruins put up 27 scoring chances to the Blues’ 14. If you’re eager to blame the officiating, the Blues were outshot 27 to 16 at even strength. They just didn’t play very good hockey for a large amount of the game. That’s tough to watch following a 2-0 lead.

What changes do the Blues need to make for Game 2? The stereotypical “Play for a full 60” mantra would be a decent blanket statement. A better one would be that the Blues need to do a better job of assessing situations. Avoid trying to jam the perfect pass through two Bruins’ sticks. Make the safe play to exit the zone instead of trying the stretch pass to a player who is covered. On offense, don’t be so deliberate. The Bruins had an easy time intercepting and breaking up the play when the Blues were telegraphing what was coming well in advance.

The Blues have to adapt to their opponent. They also have to find a way to cool things down and get back on track before the Bruins can take the game over.

It’s easy to feel pretty down after this loss. The Blues’ hype machine has been running unchecked ever since they closed out the series against San Jose. The Bruins’ comeback win in Game 1 should (and needs to) serve as a quick reality check. Just in case anyone forgot, this is going to be really, really hard.

My prediction is that this series will go six games. That being said, it feels foolish to look any further than Game 2. Pick up a win on Wednesday, tie the series at one and erase that ugly statistic about the Blues being winless in all Stanley Cup Final games.