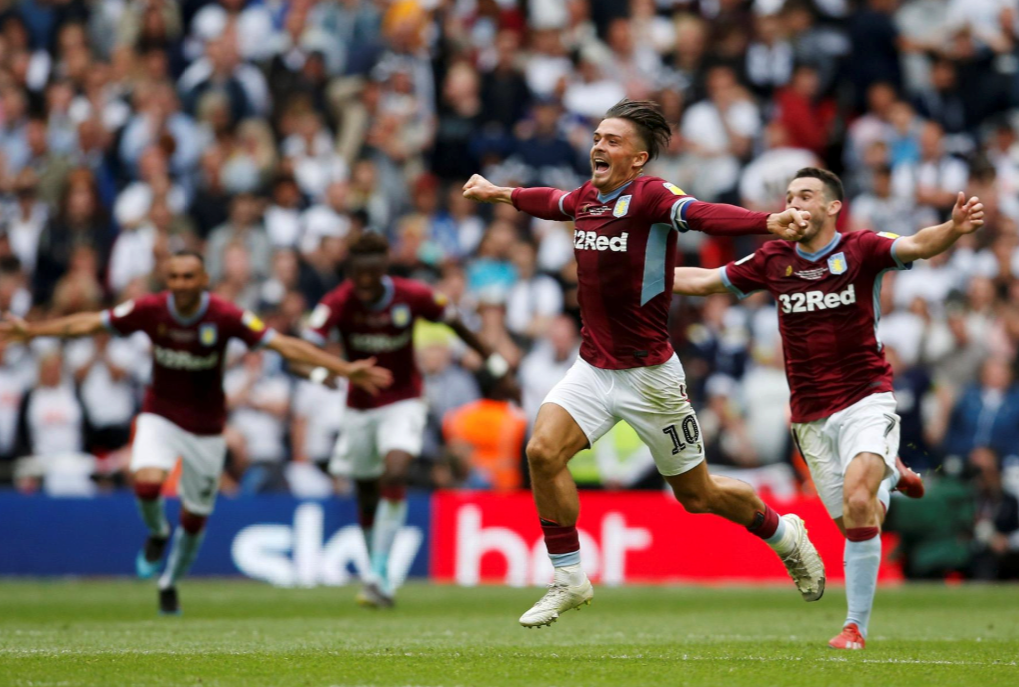 With over 85,000 fans in attendance at Wembley Stadium, Aston Villa became the third (and final) team to win promotion to the EPL for the 2019-2020 season, beating Derby County 2-1.  While manager Frank Lampard’s Derby squad put up a spirited late comeback attempt, it was not enough to avoid his team’s return to the Championship League when next season begins in August.

In what was billed as the battle between two ex-Chelsea teammates (Lampard and Aston Villa assistant John Terry), it was the players themselves who would ultimately decide which team would be promoted at the onset of the upcoming season.  After a error by Dutch goalkeeper Kelle Roos put Aston Villa up 2-0 just before the hour mark, Derby County countered with a strike in the 81st by Martyn Waghorn.  That was as close as the game would be, as the Rams and Frank Lampard return to second-division English football next season.

For Aston Villa, it marks a return to top-flight English football since their relegation in 2016.  The club was sold in June, 2016 for $85 million as a second-tier team. Three years and three managers later, their promotion will earn the club a spot in the EPL as well as approximately $215 million.

For the Villa Park fans, the promotion erases the disappointment from failing to advance in a similar scenario last year.  For the Aston Villa owners, their 2016 investment has paid off handsomely as their club returns to the EPL next season.