Can Oscar Gonzalez Keep This up? 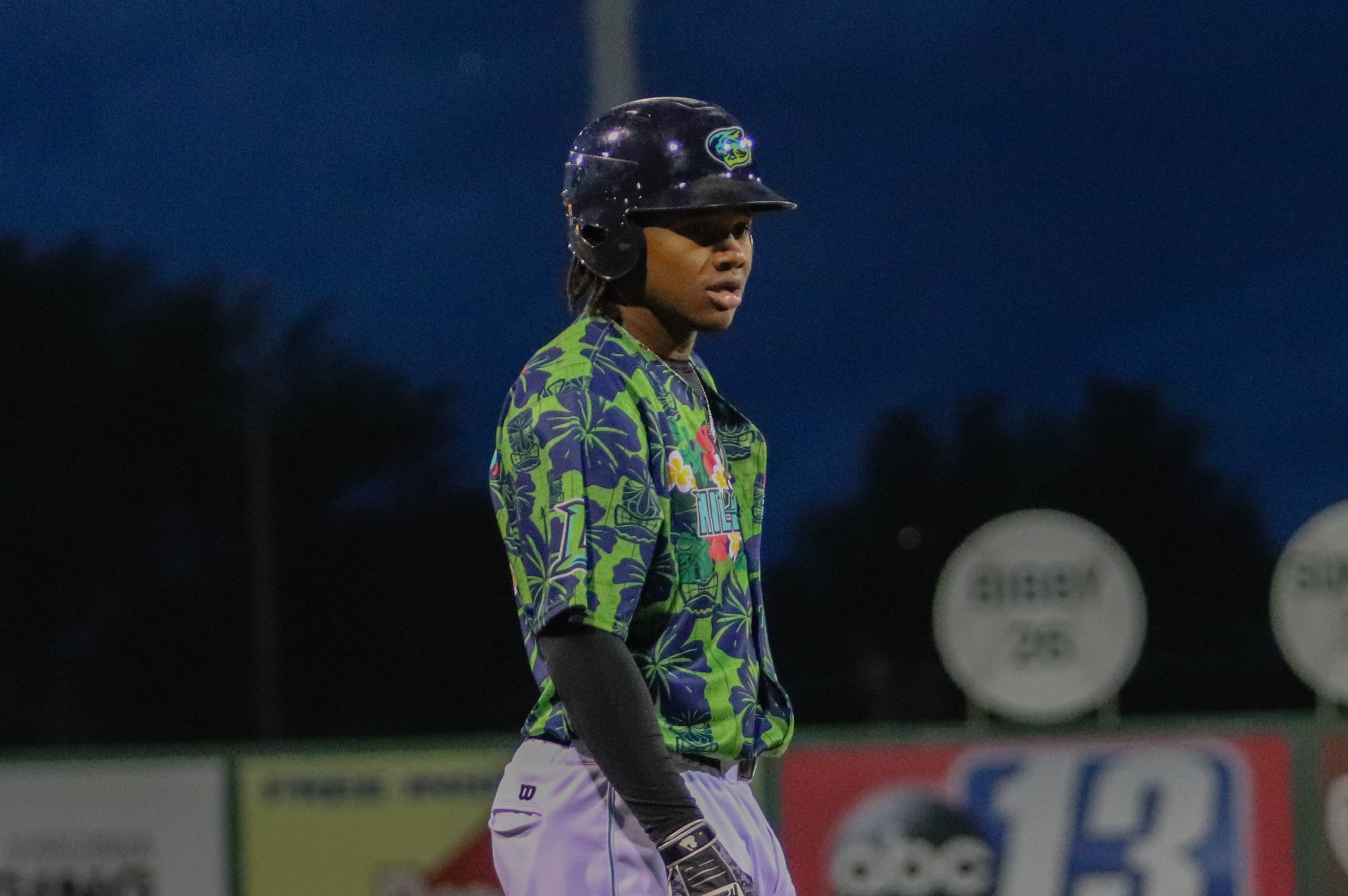 Can Oscar Gonzalez Keep This up?

Gonzalez has major issues discerning the strike zone and pitchers in the AZL are often just trying to get a ball over the plate, not necessarily worrying about pitch quality. Even so, he struck out 58 times to just nine walks last year. In short season A ball, he faced more college pitchers as well as high school and international picks that were a year older and that ratio got even worse at 61 K’s to 5 walks in 55 games.

The report in 2018 focused on Gonzalez’s improvement at the plate (drop in K rate, increase in OBP), but still looked to temper expectations due to poor defense and poor plate discipline when compared to others rather to his former self. Now that we’re in 2019, we may or may not need to throw all these reports in the garbage.

Gonzalez has always had a high batting average on balls in play including a .353 mark last season in Lake County in a fairly significant 480 plate appearances. While some of this is potentially luck based, he had a .444 BABIP in Arizona in 155 PA in 2016 and a .366 mark in 246 PA in Mahoning Valley in 2017. That is an incredibly consistent performance above the .350 mark of an extended period of time to simply call him lucky. Gonzalez is also far from fast, so there is one real reason that the balls he hits fair land more often than those hit by the average minor leaguer: Oscar hits the ball extremely hard.

While we don’t have exit velocity from the minor leagues, we have the statistical record and my own personal observations. In the Dominican Summer League, where home runs are incredibly rare, he hit four with 17 doubles. In the MLB sized Goodyear Ballpark and at other Arizona spring training facilities he added a team record of eight with ten more doubles in 2016 despite playing in 30 fewer games. Last year he hit another 13 homers with a new record of 25 doubles for Lake County. We’ve always known he could crush it when he made contact, so why is he hitting so much better this year?

One answer is almost certainly luck. We can finagle enough excuses to explain a .350 BABIP for Gonzalez, but not a number 100 points higher than that. His batting average will drop significantly before the season ends and his OBP will fall with it if he doesn’t show more patience. I’m aware that this isn’t an outlandish prediction, but it still should be understood before elevating Gonzalez too far.

There is, however, reason to believe he has actually made a real change to his approach. In addition to swinging and missing less often, Gonzalez has dropped his infield fly ball rate from nearly 36% in Mahoning Valley and 25% last year to under 20% this season. His ground ball rate has also dropped by more than a percent since last year while both his fly ball and line drive rate have increased slightly to make up the difference.

At the same time, he is pulling fewer balls than ever in his career, but this doesn’t mean he is turning into Derek Jeter and poking balls into right. Instead, he has learned to go with a pitch and drive it to the opposite field. The charts above from Baseball Savant show all of Gonzalez’s contact over the last three years and it is easy to note the extreme pull action in 2018 where he was smashing the ball over and against the left field wall at Classic Park. This year, while we don’t have as much data, there are a lot more (percent, not total) singles and doubles down the right field line and a lot fewer pink dots in the infield. Specifically, he seems less likely to ground out to the first baseman, so it is possible that he is simply getting more lift under his solid contact.

When you put this together with Gonzalez’s increased plate discipline, it appears that he may have actually made the changes that everyone has been asking for over the past few years. While two walks may not seem like an improvement in plate discipline, we can get a little deeper than just walks. First, after averaging 1.7 pitches per plate appearance in the DSL and 2.1 in Arizona, Gonzalez has steadily averaged between 3.1 and 3.2 pitches per plate appearance since. While he always had success hitting the ball, he used to swing at the first pitch and now he waits for the first pitch that he can drive.

In addition, the percent of pitches that have been strikes while he was at the plate has greatly diminished since he was in Arizona. In his first season in the US, 83% of the pitches thrown to Gonzalez were strikes, a number that far exceeds the average for the AZL. In 2019, that number has fallen to 73% and it almost certainly has to do with a drop in swings and misses.

While we often say any player who takes a lot of walks is patient and those who don’t aren’t, there was a real issue with patience with Gonzalez during his early years. I watched him closely, and while he would avoid swinging at balls inside, he would attack anything middle or out including breaking pitches in the dirt and fast balls in the other batters’ box. He has killed off those practices and become more patient. No, he still doesn’t walk unless he’s forced to, but he isn’t making stupid decisions at the plate anymore. The reduction in both strike outs and infield flies support that argument.

The biggest jump in minor league baseball is the one between high A and AA and Gonzalez seems ready for it. While many players have a large adjustment period each time they advance a level, Gonzalez has improved at each stop. He has made all the adjustments asked of him and hasn’t lost a step, in fact, he is now hitting for more power than ever despite the drop in strike outs. While none of this guarantees anything in his future, he has certainly transitioned from an extremely low floor, high ceiling prospect to a much more likely future Major Leaguer.