Minor League Mondays: David Peterson is heating up at Binghamton 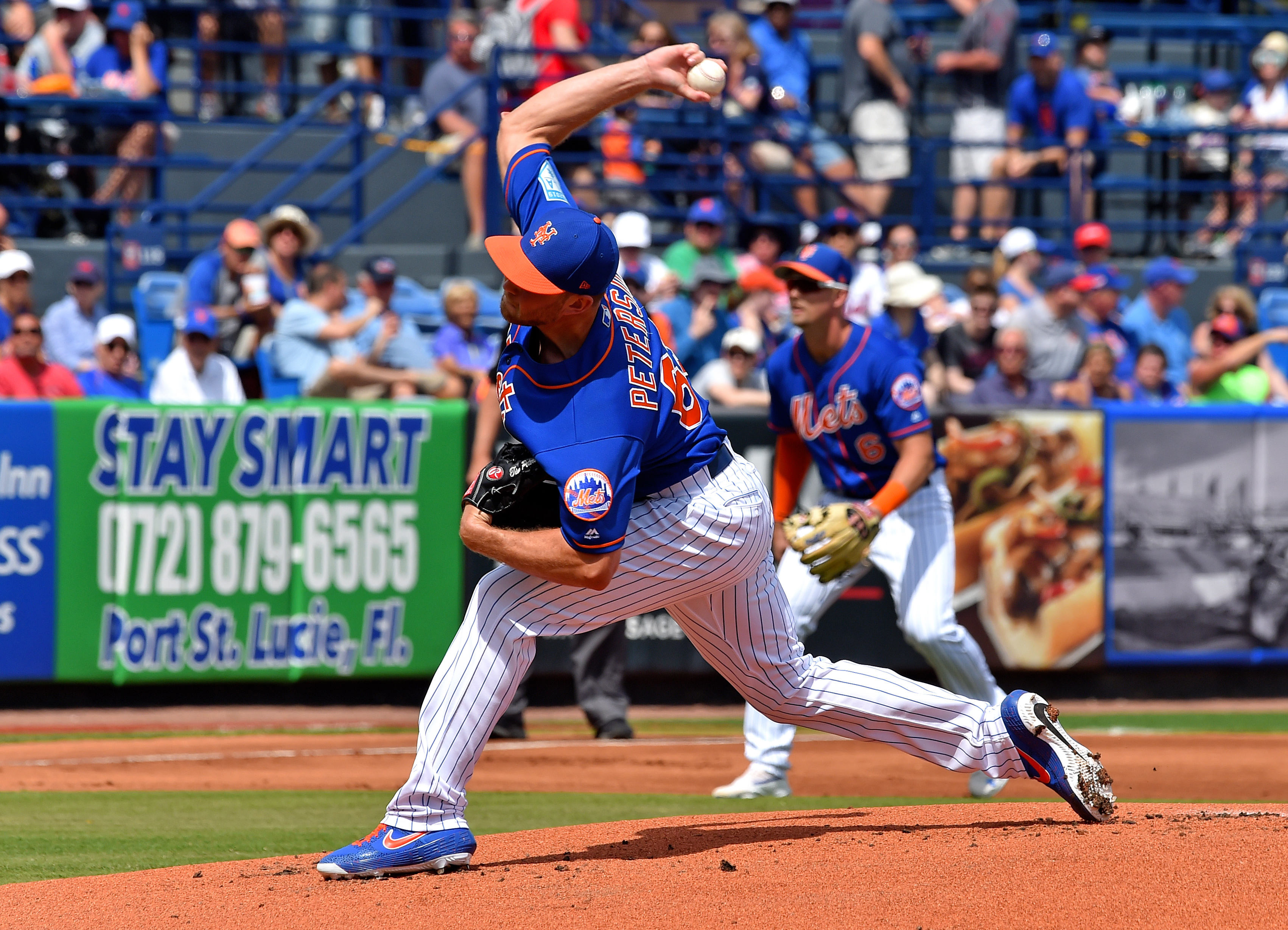 Minor League Mondays: David Peterson is heating up at Binghamton

The most hyped pitching prospect in the New York Mets’ organization currently plays for the AA Binghamton Rumble Ponies. Anthony Kay has stolen the headlines by dominating the Eastern League, with the Mets admitting the former first round pick is on their radar now. The Rumble Ponies also have another former first round pick in their starting rotation, and he is starting to get into a nice groove as well. That man is lefty David Peterson, and he is the focus of this Memorial Day edition of Minor League Mondays.

The Mets have been high on Peterson since they drafted him out of Oregon back in 2017, having him debut with Brooklyn late that year. Peterson spent 2018 split between Columbia and St. Lucie, going 7-10 with a 3.16 ERA in 22 A-ball starts. The Mets clearly liked what they saw out of Peterson, who pitched to a 1.17 WHIP and struck out 115 batters in 128 innings pitched, and aggressively assigned him to AA Binghamton to start this year despite some shaky results down the stretch of 2018 with St. Lucie.

The Eastern League wasn’t kind to Peterson early, who got hit hard in his first four starts, but he has settled into a nice groove over the past four. In those outings, Peterson has allowed just three earned runs in 20.2 innings pitched while striking out 27 and walking just six, lowering his ERA from 7.31 all the way to 3.93. It is clear that Peterson has adjusted to pitching in the Eastern League, and his continued development is an excellent sign for the Mets, who don’t have a ton of upper level pitching depth beyond Kay at the moment.

If Peterson can reach his potential, the Mets could have another talented lefty ready to join their big league rotation at some point next season. Kay, who is 5-2 with a 1.07 ERA for the Rumble Ponies over nine starts, is ahead of Peterson at this point and will likely be promoted to AAA Syracuse soon. The Mets probably need to see more from Peterson before he moves up to Syracuse, but that could happen as soon as mid-season if he continues trending in the right direction.

While Kay could be a factor for the Mets down the stretch, Peterson is a guy who could factor in with the big club next season. Jason Vargas and Zack Wheeler are both free agents after the season, and if the Mets let both leave they will need to fill holes in the rotation. Kay would likely get one spot while Peterson could compete with a veteran free agent for the other. Considering that the Mets have gotten pretty much nothing out of their current upper level pitching depth like Corey Oswalt and Chris Flexen, Peterson’s development this season is a huge positive for the Mets going forward.