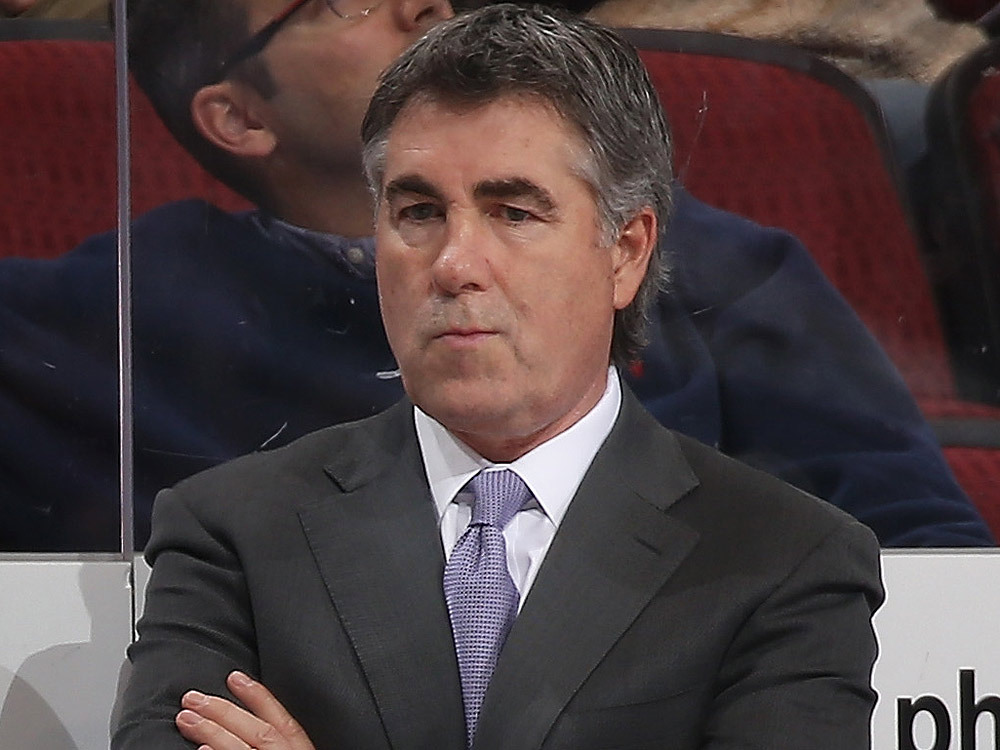 The first major hiring of the Ken Holland era is set to be made official tomorrow as Dave Tippett will be named the next head coach of the Edmonton Oilers. The former Dallas Stars and Arizona Coyotes bench boss has been out of the league since the conclusion of the 2016-17 season, when he was let go by the Coyotes.

Hearing Oilers will announce their new head coach in the next few days. Dave Tippett still the only name we’re hearing.

Tippett hasn’t stayed too far away from the game, however, as he has been working as an advisor for the expansion group in Seattle. That group was awarded an NHL franchise back in December, and Tippett was playing a role in building that organization. He’s stepped aside to return to coaching, refreshed and ready to redeem himself after two tough final years in the desert.

News of Tippett’s candidacy started before Holland was even hired, with Sportsnet’s Elliotte Friedman linking the two back on May 4th. Tippett’s name hasn’t gone away, and reports late last week called him not only the leading candidate, but the only candidate at that point in time.

Just following up on this, my sense is that Dave Tippett is not only the leading candidate in EDM but, for the moment, the only candidate. Now, that could change quickly if Holland and Tippett aren’t on the same page in terms of contract etc. So we’ll know better in next 48 hrs. https://t.co/79BR5jYqjO

After a list of six rumored candidates, Holland landed on a veteran coach that gets a bit of a bad rep in Northern Alberta. His Arizona teams were routinely defense-oriented and, for the most part, boring to watch. When they had the required talent, however, they won a lot of games and usually found their way to the postseason.

The end of his time in Arizona obscures some good work, mostly because the Coyotes tore things down and left Tippett with some truly awful rosters. He’s not perfect, he’ll need to adapt his style to a game that has sped up since he was let go, but Tippett is a strong veteran coach who is a smart guy.

Another thing fans aren’t exactly considering? Tippett never had a skilled player like Connor McDavid to work with when he was in Dallas or Arizona. I’d argue that as good as Mike Modano was, his skill-set is different than McDavid’s and Leon Draisaitl’s. These are unique talents to Tippett and I expect him to do some solid work with them.

Tippett was the focus of my ‘Off-Season Targets’ series two weeks ago, which you can read by clicking the link above. That profile should give you a better idea about Edmonton’s new bench boss.

Canucksarmy.com also had a strong piece on Tippett from 2013 that outlines his early work with the Coyotes very well and gives us a good look into his mindset.

How It Came Together:

Last Thursday, word began to spread that Holland had jetted off to British Columbia to meet with Tippett to hammer out the details of a contract. Although this was the first confirmed meeting between the two, I’m led to believe that Tippett went through at least one formal interview prior to that rumored meeting.

This was not a situation where Holland didn’t do his due diligence. I’m led to believe that there was a process here and that Holland elected to go with Tippett.

Darren Dreger dropped the tidbit about Holland and Tippett meeting on TSN1260, then the report was followed up by TSN’s Ryan Rishaug last Thursday.

As @DarrenDreger mentioned on the radio waves earlier, sounds like Holland and Tippett* are meeting today. Will be interesting to see if the much speculated hiring gets finalized.

Holland’s full attention will be on Buffalo this week when the NHL’s annual scouting combine takes place. I’d be willing to assume that Tippett joins him for the event and that the veteran coach will begin to work on his staff. In addition, I think this paves the way for further additions and subtractions in Edmonton.

I don’t think the Oil are done tinkering with their pro scouting department, and I wouldn’t be shocked if we saw Sean Burke join the organization as an assistant GM. He interviewed well with the team for the GM gig and has a history with Tippett from their time together in Arizona.

In terms of assistant coaches, I wouldn’t be shocked if we saw an entirely new staff come training camp. Team insider Bob Stauffer speculated on two names on Thursday evening.

Another name to watch? Bob Boughner.

The Oilers have their new bench boss, and he’s an established veteran of the league that will bring credibility to the franchise. Like Holland, Tippett can be classified as a ‘safe’ hire that likely won’t backfire on the club in a major way.

The biggest positive here? He’s a player’s coach who has always gotten more than expected out of his teams. I expect his two years away from the bench will help him adapt to the modern game, and I think he’s a smarter coach than people are giving him credit for.

I look forward to seeing what Tippett can accomplish in Edmonton. This is another hire the Oilers absolutely cannot afford to get wrong. They’ve hitched their wagon to a veteran. Now? Now we wait and see the results.