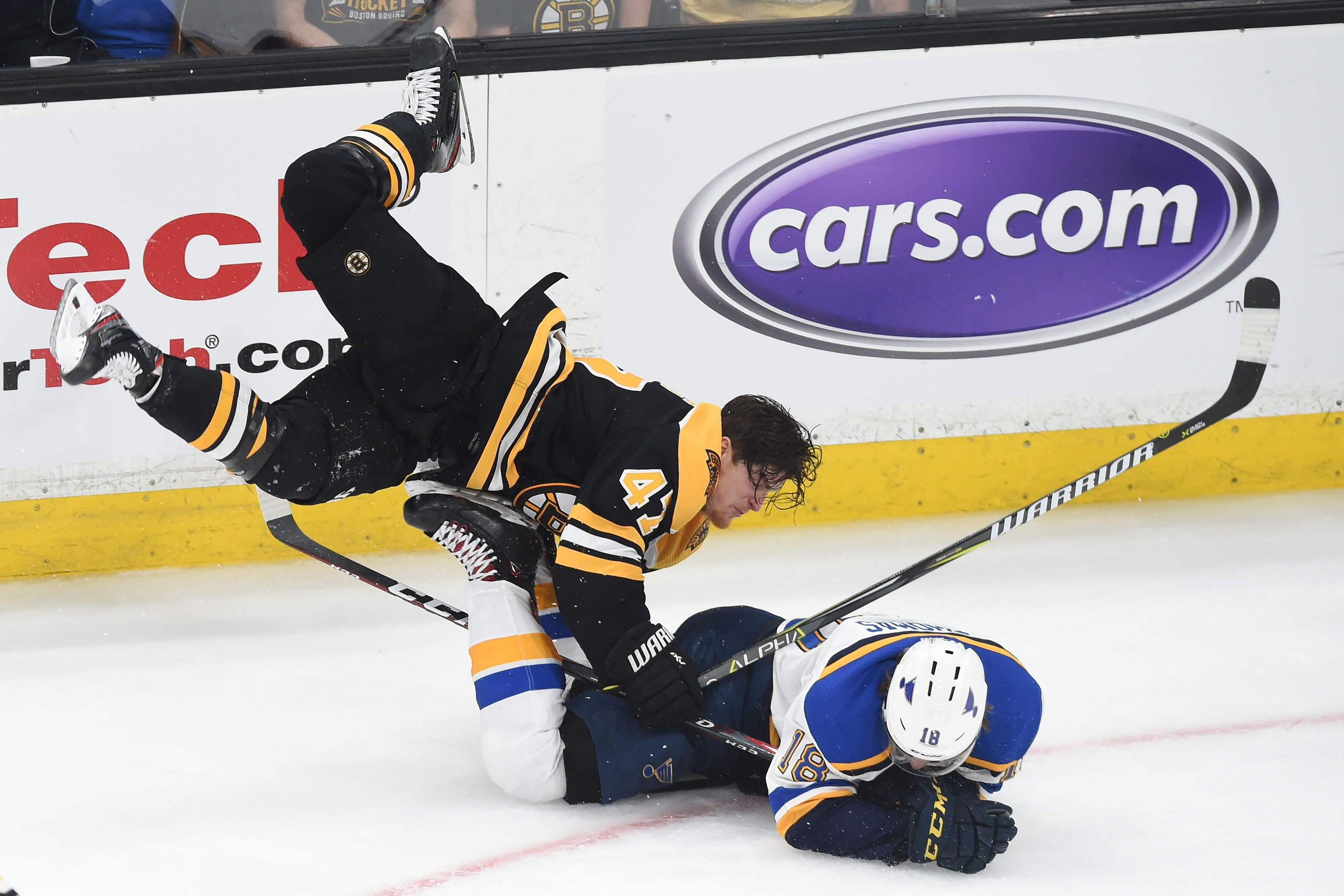 The Bruins scored four straight goals to defeat the Blues 4-2 in Game 1 of the Stanley Cup Final. Sean Kuraly scored the go-ahead goal 5:21 into the third period. Brayden Schenn had a goal and an assist for St. Louis.

The Boston Bruins needed a period-plus to shed the rust from a 10-day layoff. Once they did, they dominated in coming back to defeat the St. Louis Blues 4-2 in Game 1 of the Stanley Cup Final at TD Garden on Monday.

Sean Kuraly scored the game-winner at 5:21 of the third period and Connor Clifton, Charlie McAvoy and Brad Marchand scored for the Bruins, who fell behind 2-0 on Vladimir Tarasenko‘s goal at 1:00 of the second period. Tuukka Rask made 18 saves.

Brayden Schenn had a goal and an assist, and Jordan Binnington made 34 saves for St. Louis.

“We weren’t too happy with the way the game was going,” Bruins coach Bruce Cassidy said. “We weren’t playing our game, and I think after the [Blues’] second goal, our guys, that kind of woke us up. We needed something good to happen, and it did.”

Clifton kept his stick on the ice and redirected Kuraly’s cross-slot pass to make it 2-1 at 2:16 of the second. The goal came 1:16 after Tarasenko extended his point streak to seven games (nine points; four goals, five assists) with a goal off a Boston turnover.

“It was a good changing point,” Clifton said.

The Bruins tied it 2-2 on McAvoy’s power-play goal at 12:41. His shot deflected off Blues defenseman Alex Pietrangelo‘s stick and got past Binnington on the glove side.