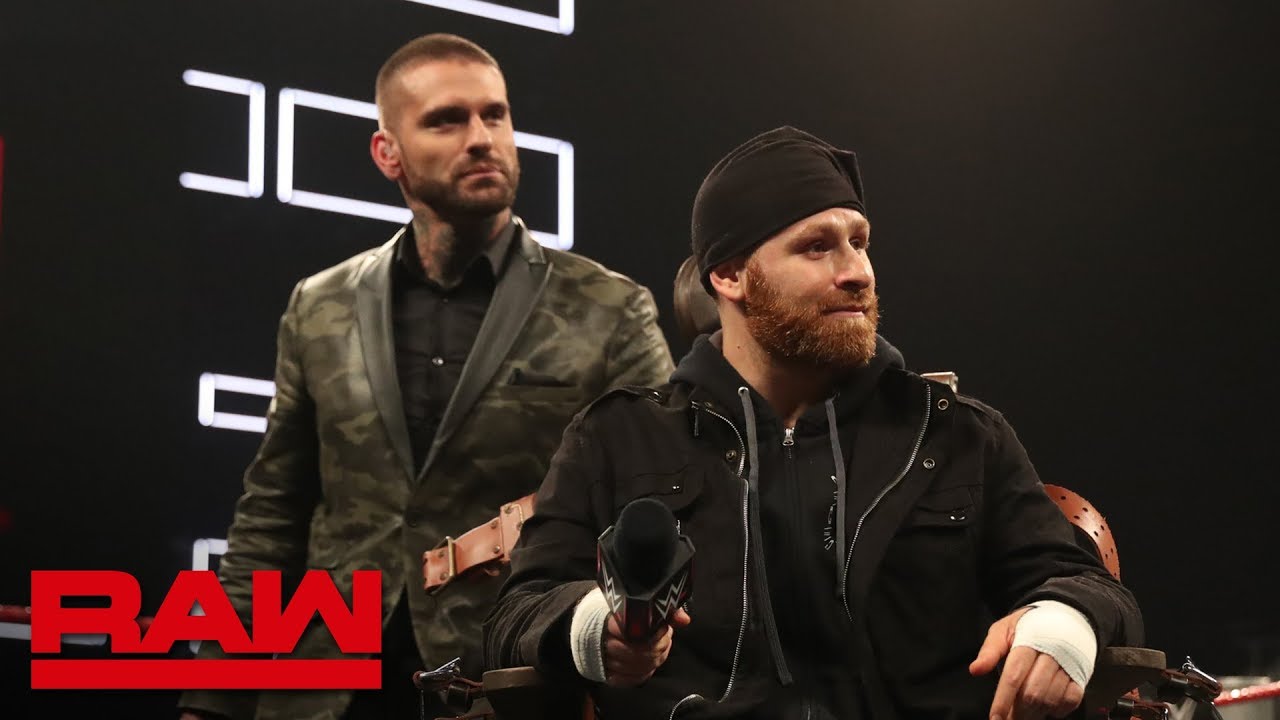 Sami Zayn has had a career resurgence ever since he has returned from his injury the night after WrestleMania 35. Zayn’s new gimmick has been insulting the WWE Universe and calling it a “toxic environment.”

Last night on Monday Night Raw, Zayn was involved in a “Electric Chair” segment where he would encourage members of the WWE Universe to ask him any questions and no topic would be off limits. After a few questions were asked by fans in the audience, Zayn went on to insult the fans for the questions they asked him and said, “You could ask me about AEW.”

This caught everyone by surprise and led fans to believe that Sami name dropped the company’s name without WWE’s permission. Furthering the fans theory about Sami’s comments being unscripted, WWE cut that part out of their YouTube clip of the segment. Conflicting reports on whether the segment was scripted or not has surfaced online since the segment was aired.

Dave Meltzer of The Wrestling Observer was on The Wrestling Observer Radio with to report on the segment. Meltzer would go on to say that the line was scripted by saying, “So the AEW line was scripted, then they pulled it from the [YouTube] video afterwards, and I actually asked someone like, ‘What’s going on?’ All I heard of was, ‘It was so f**king stupid. If you go against the script on live TV and say ‘AEW’ they’re going to suspend you for sure. They’re not going to fire you because they won’t fire anybody, but they’ll suspend you guys.”

Bryan Alvarez had a different view and says that his sources claim that the segment was unscripted. He also speculated that the “boys” are being worked by saying, “I’m saying it is possible that there are things that people are being told that aren’t legitimate or are legitimate…f**king with ‘the boys.'”

PWInsider have also reported on this segment and claimed the line was not in the Raw script and was most likely was improvised.

However whether or not the line was scripted, it has a lot of people buzzing about it.