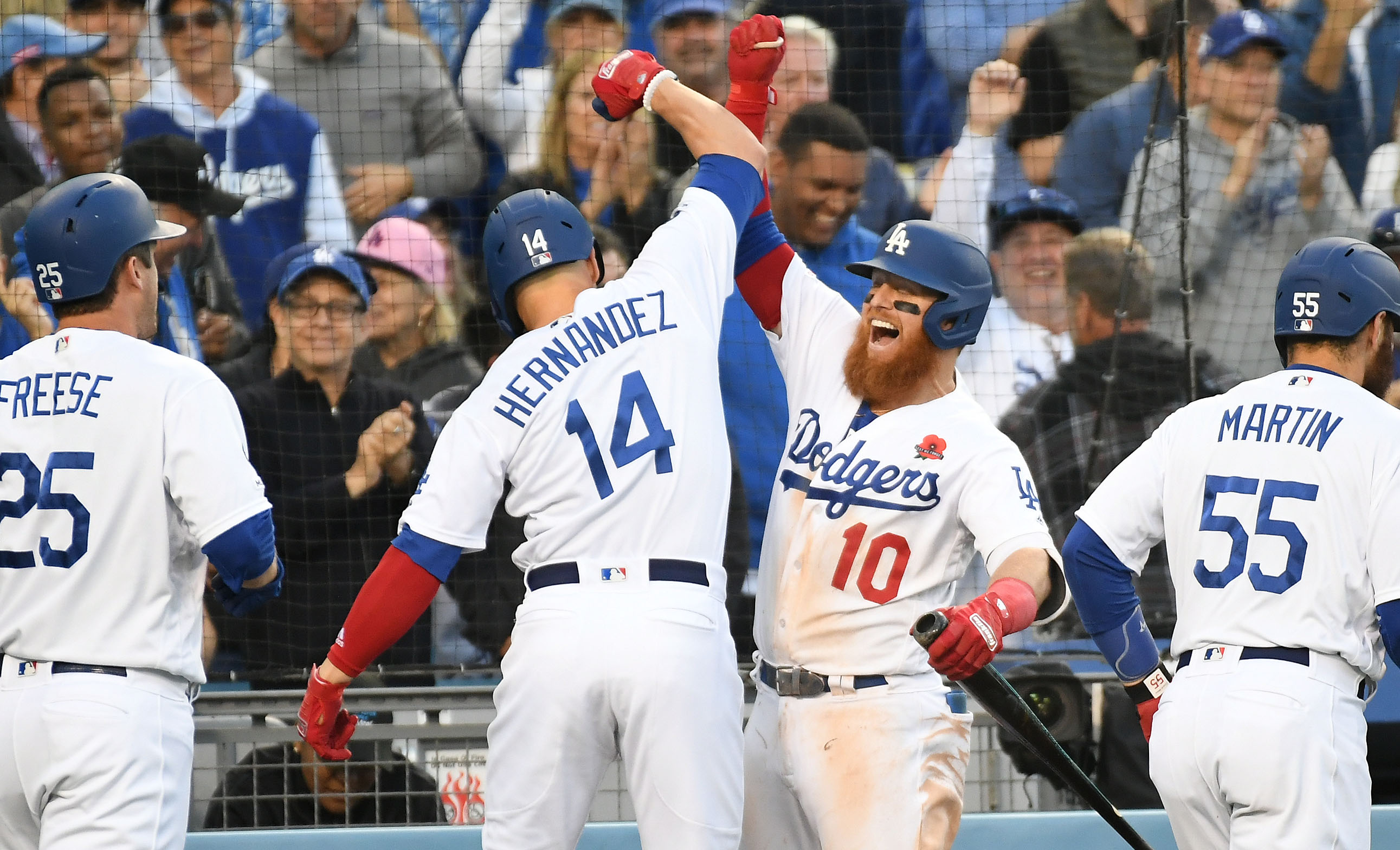 So here’s the first thing I want to complain about … the first batter of the game:

BS that this two strike pitch to Pederson was not strike 3 pic.twitter.com/Dg6tn82Iif

So is it not a reasonable expectation anymore that a knee high pitch on the outside corner would be called strike three for the f***ing reigning Cy Young award winner? Is that how we’re umpiring now? Because by my count, that stupidity caused 11 more pitches in the first inning then was necessary. And deGrom isn’t blameless here, because he ran a lot of deep counts and had to be pulled after five innings. But credit the Dodgers for a lot of that too. And if that pitch count was 93 instead of 104 going into the sixth inning, I guarantee you that deGrom doesn’t give up six runs in the 6th inning as Tyler Bashlor and Daniel Zamora did to basically hand the game to the Dodgers. All that after J.D. Davis had given the Mets the lead with a home run off Clayton Kershaw in the sixth. So thanks a whole lot, Stu Schuerwater.

(That name doesn’t even sound real, but okay.)

Then there was the matter of three runners getting chucked at home/third base in the game, all plays which would have resulted in runs scoring. First, Michael Conforto in the first inning after he hesitated ever so slightly on a base hit to right field by Todd Frazier. Conforto has to know that anything hit to the right on the ground was an automatic base hit and there was no reason to hesitate. But okay, Cody Bellinger made a great throw to get him, no worries.

Second … and here’s the play that killed me the most: In the 6th right before Davis’ home run, Tomas Nido got thrown out at the play by a relay from Corey Seager. Why, in the world, is Gary Disarcina sending a catcher home from first on a double? I don’t want to hear about “oh, he’s gotta make a perfect throw to get him.” You can’t run into outs when you’re going against Clayton Kershaw, especially when you pretty much know that deGrom is out of the game. You don’t have Rey Ordonez coming up next, you have Davis. And it’s not Carlos Gomez running, it’s Tomas Nido. Catchers should not be forcing outfielders to make perfect throws. Just an awful, awful decision.

Then the play of the game. After Adeiny Hechavarria cut the Los Angeles lead to 8-5, the Mets loaded the bases to bring up Davis with one out. Kenley Jansen is in for a five out save. Nido on third, Carlos Gomez on second. Fly ball to right, Nido and Gomez tag up. Instead of throwing home, he throws it to third to get the speedier Gomez by a hair before Nido could cross the plate, which ended the inning.

Now … I get Gomez’s explanation for wanting to go to third. If Bellinger throws the ball away, it’s an 8-7 game. Gomez should be aggressive and forcing outfielders to make perfect throws. Not Tomas Nido. Bellinger made an insane throw. But then there’s this:

Who said it was a game of inches? (MLB)

It’s such a miniscule thing. But if Gomez is sliding to the inside, he’s safe. If he somehow leads with his other hand, he’s safe. I don’t even mind that he took off to try to take third. But man … that lead hand. Ugh.

The Dodgers scored in the bottom of the eighth to squash any momentum that was left for the Mets, and the Flushing Nine got flushed down the toilet 9-5. The Mets stepped up in weight class and got stomped. But to lose a game on three outfield assists including a really dopey decision in the sixth, and a Jacob deGrom start which wasn’t helped by the umpire, that’s a gut punch.

oh my god this is epic trolling by the Dodgers lmao pic.twitter.com/7rwDKmlrsR

Oh and by the way, it was one of these bats that hit the three run home run that gave the Dodgers a 6-3 lead in the sixth and basically took the momentum for good. And remember that Hernandez was the one that whined about Mets fans booing Chase Utley as if he couldn’t for the life of him understand why they would do such a horrible thing. The both of them can go on the vaudeville circuit for all I care.