Your Morning Dump... Where Chris Broussard's got Kyrie and AD speculation 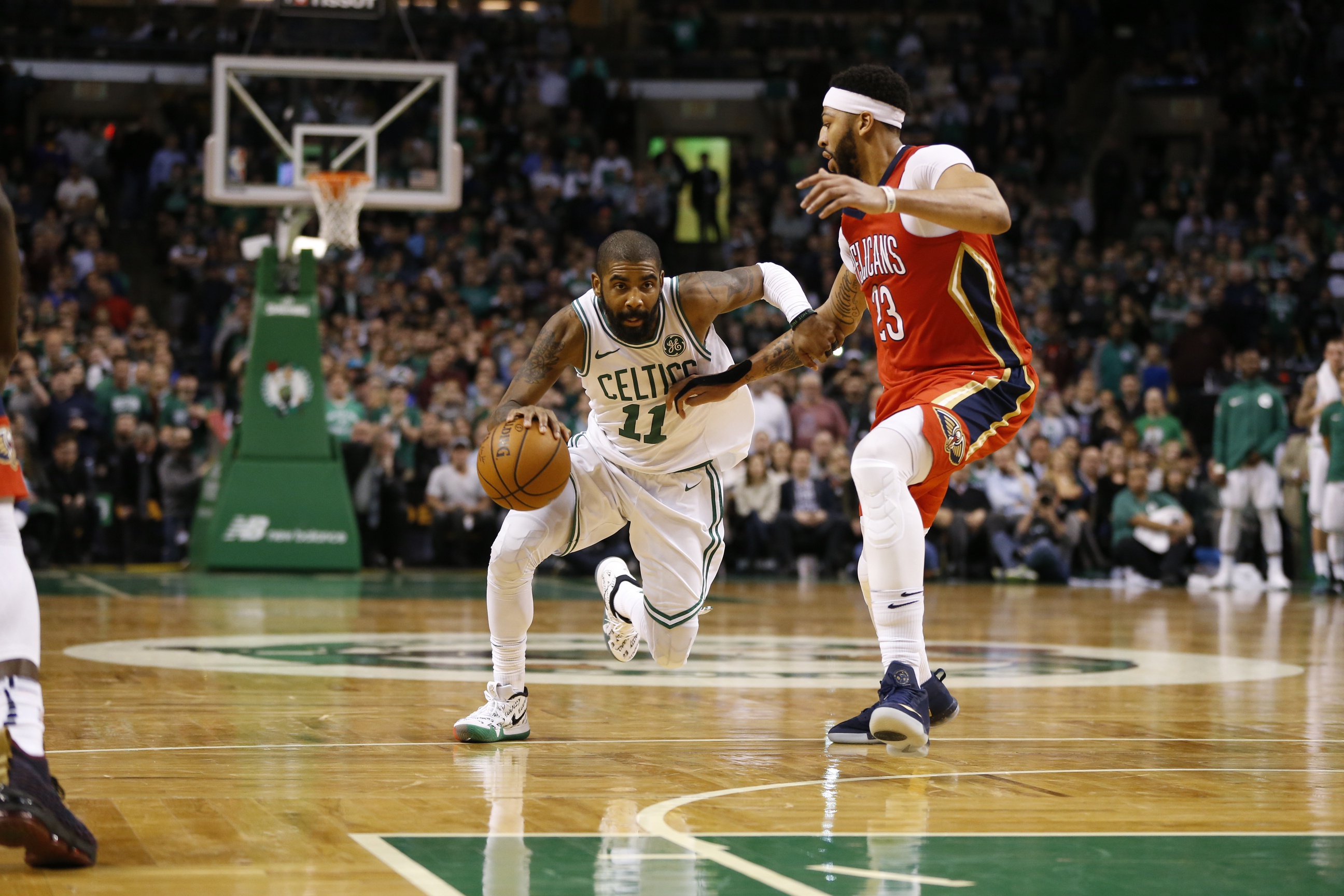 Your Morning Dump... Where Chris Broussard's got Kyrie and AD speculation

“Brooklyn is going as hard after Anthony Davis as anybody,” [Broussard] said. “A package of like D’Angelo Russell, Jarrett Allen, who’s a nice piece, shot-blocker, athletic at the rim, nice for this day and age in basketball. They’ve got the 17th and 27th pick. Now, Brooklyn, their dream is to pair AD with Kyrie. They really only want to try to get AD if they got Kyrie, because that will help them keep AD. If they can get Kyrie to agree ‘I’ll go to Brooklyn if you get AD,’ then Brooklyn makes that kind of offer for Anthony Davis.”

So let me get this straight. According to Chris Broussard, the Nets’ strategy for signing Kyrie Irving is to contact him on July 1 and say, “Hey, dude, can you just not sign any contracts with anybody until we find out if we can get AD? Because, if we can’t get Davis, we really don’t want you.”

If this is indeed the Nets’ strategy, then they are not the well-run team that they have given evidence of being over the past year or so.

And given that Irving bristled at having his name brought up in the aftermath of AD’s trade request, it’s hard to imagine a scenario where he would put his future on hold while a team dickers with David Griffin and the Pelicans. I mean, it would be hard to imagine Kyrie going for that kind of treatment regardless, but it certainly is unlikely given Kyrie’s evident frustration at having his future discussed in the context of a player somewhere else entirely.

I have no strong feelings on where Davis will end up. Personally, I hope he ends up with the Lakers. Because the Lakers will have to pay an extremely high price for him, and once he gets there, he’s going to get Kevin Love’d by LeBron.

Page 2: Where Forsberg’s got thoughts on Rozier

Instead of simply embracing the backup role and recognizing that his biggest summer payday would have come by simply being a key cog in a title-contending team, Rozier contributed to Boston’s frustrations, even as the team gave him every opportunity to work through his struggles.

And while other young players like Jaylen Brown fought through early adversity to emerge as impact talent, Rozier never quite seemed willing to figure it out.

The Celtics owned a negative net rating whenever Rozier was on the court, regardless of his role. Even when he struggled most, the Celtics stuck with him. Only once did he play less than 15 minutes, and he logged at least 20 minutes on 53 occasions.

Rozier rewarded Boston’s faith by going on First Take and throwing his coach under the bus while suggesting that what the team did in practice didn’t always happen in games, and suggesting the team catered to Irving and Gordon Hayward.

One of the lessons that I think Stevens and Co. learned this season is that there are some players who, once they’ve allowed their attitude to sour, will not change their tune no matter how many opportunities you give them to act like an adult.

Undoubtedly, the coaching staff were aware of Rozier’s frustrations. And they gave him ample opportunity to work through them. That Rozier didn’t, and, in fact, became more and more bitter as the season wore on says much more about him than it does about the Celtics.

The crazy thing is that, after talking up the Knicks–one guesses that Rozier’s agent has already had preliminary talks with them–Rozier might be disappointed to discover that he is, once again, backing up Kyrie. I doubt that Rozier is the Knicks’ first choice, but when they strike out on Kyrie, they seem just the team likely to throw a pile of money at Rozier in order to seem to be doing something.