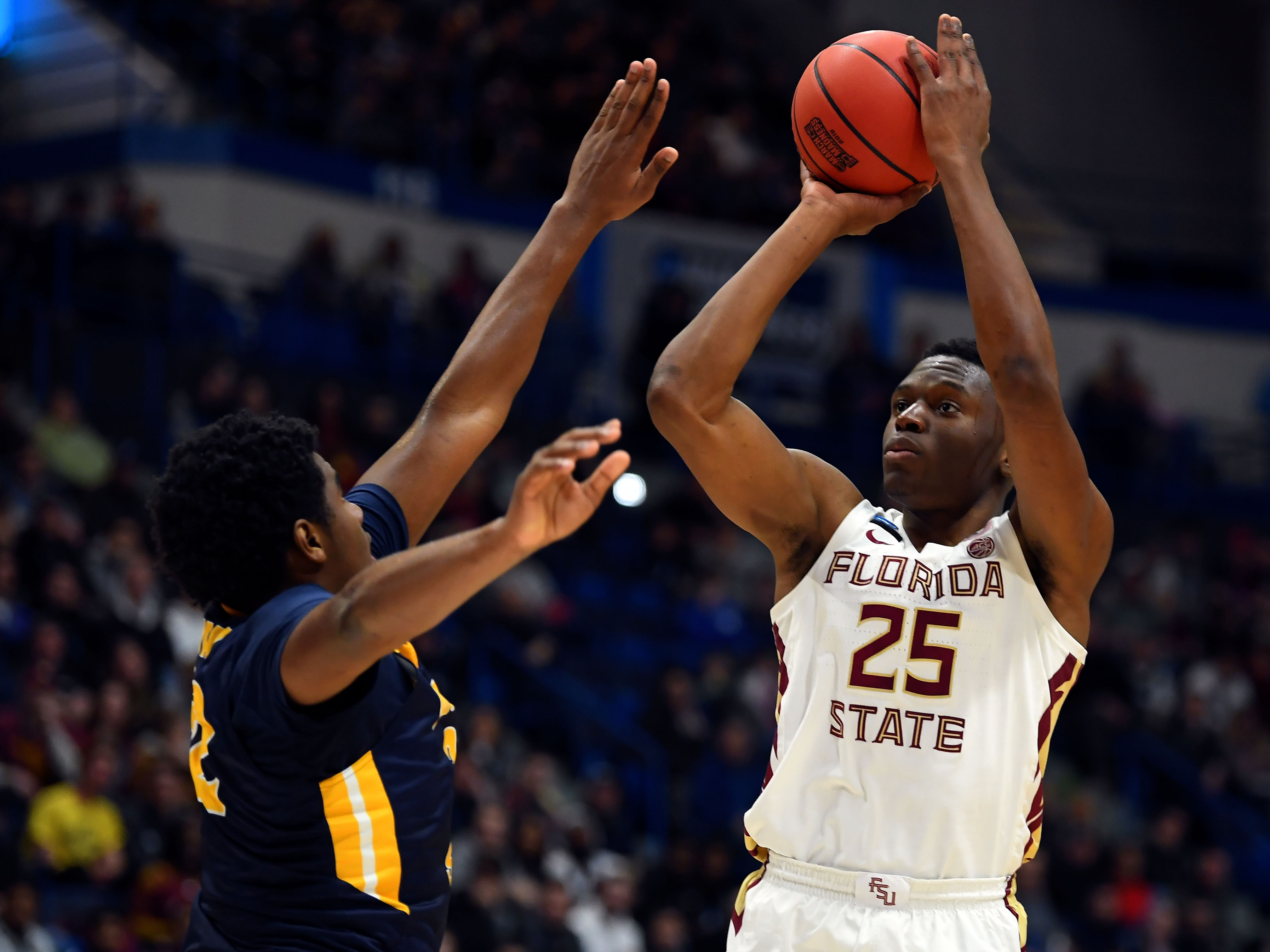 When it comes to this offseason for the Philadelphia 76ers, one position of need that they must address either in next month’s NBA draft or free agency is finding backup frontcourt help for two-time All-star center Joel Embiid.

Embiid, who had an impressive first half of the regular season, missed numerous games in the second half due to left knee tendinitis.

With that being known, the Sixers acquired Boban Marjanovic in the blockbuster trade with the Los Angeles Clippers for Tobias Harris, added journeyman center Greg Monroe to the 15-man roster, and used Jonah Bolden and Amir Johnson sparingly.

Sadly, this rag-tag bunch of frontcourt options did not give the Sixers a noticeable boost this season.

Marjanovic and Monroe both had their moments in the NBA playoffs but were quickly exposed for their defensive liabilities, while Bolden and Johnson only saw action in blowouts.

If the Sixers want to make a deeper run in the playoffs and limit Embiid’s minutes in the regular season, they need to give him some help.

Luckily for Philadelphia, this year’s draft class has a good amount of frontcourt prospects that can do a little bit of everything.

One of those frontcourt prospects, who fits this mold and should be on the Sixers’ radar is Mfiondu Kabengele out of Florida State.

This past season, the outstanding redshirt sophomore season averaged 13.2 points, 5.9 rebounds, and 1.5 blocks in 21.6 minutes per game (37 games) off the bench.

Did I also mention that he is the nephew of Hall of Fame center and former Sixer Dikembe Mutombo? While the 21-year-old Kabengele does a great job protecting the rim just like his uncle did in the NBA.

One could make the case that he has a better offensive game than Mutombo.

Last season for the Seminoles, the Burlington, Canada native was instant energy and offense off the bench for head coach Leonard Hamilton. He shot a ridiculous 36.9 percent from three-point range on 1.8 attempts per game and 50.2 percent from the field on 8.8 attempts game.

The 21-year-old’s three-point shooting is the first thing that stands out when you go back and watch a Florida State game from this past season.

Even though he is only 6-foot-8 3/4 (without shoes), Kabengele showed on many occasions that he can knock down the three-point shot comfortably, regardless of where he is at on the floor.

He also has a smooth jump shot form, which reminds me of Draymond Green’s but with a quicker release. With his 9-foot-1 standing reach and 7-foot-3 wingspan, Kabengele can rise up with ease over defenders.

That being said, the Sixers could use a forward of Kabengele’s caliber, who is confident in his perimeter shooting. He would complement Embiid very well in the frontcourt and help Philadelphia with their floor spacing.

In addition to his perimeter shooting, another strength of Kabengele’s offensive game is his ability to run the pick and roll effectively.

At Florida State, the 21-year-old did a great job of setting the pick and quickly rolling to the basket. When this action took place, it allowed his teammates to find him for an easy basket or for them to get their own shot.

On the defensive side of the floor, the young Canadian is a solid rebounder but could be better in that department.

Last season, he had 15.9 total rebounds per 100 possessions and a total rebounding percentage of 15.8, which isn’t bad.

When you compare these numbers to Jaren Jackson Jr.’s freshman year at Michigan State, who was a top-five selection in last year’s draft, you will see that they aren’t far off.

Kabengele, however, had a defensive rebounding percentage of 20.1 to go along with a block percentage of 8.3. Therefore, with his size, motor, and wingspan, there’s no reason why he cannot be an effective rim protector in the NBA.

Maybe Kabengele can fill that void and become a Serge Ibaka or Jaren Jackson Jr. type of player. The tools are there, it just depends on what the Sixers are ultimately looking for in the first round.