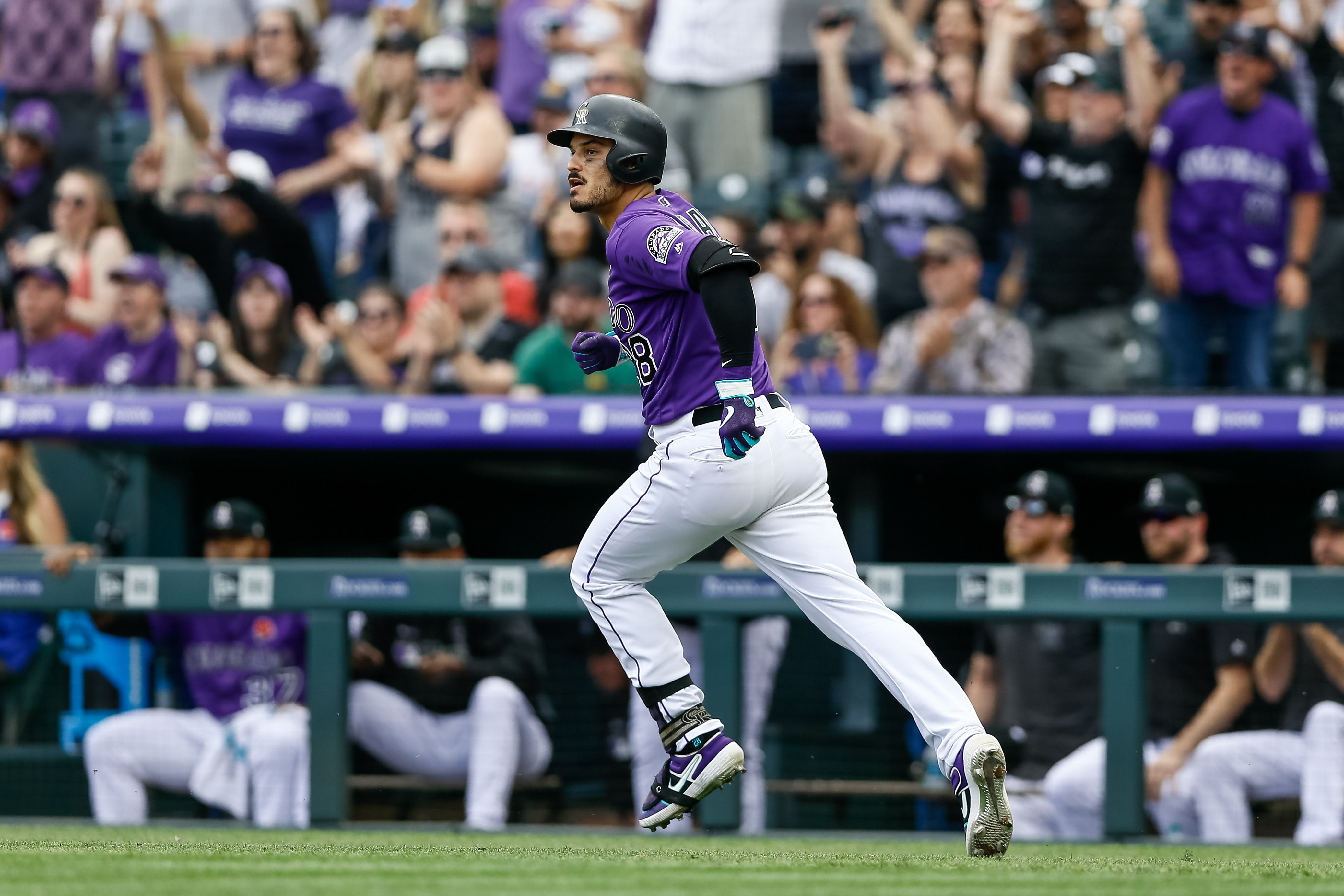 Death, taxes, and Nolan Arenado mashing baseballs on a nightly basis…those are the only three guarantees in life. Except for the first month of the 2019 MLB regular season.

The Colorado Rockies’ latest franchise cornerstone and newest $260 million man got off to an uncharacteristically slow start to his age-28 campaign. But when we say “slow”, we mean it was slow for him and not too shabby for anyone else.

The perennial Gold Glover made up for lost time during the past month in an effort to make that slow start (for him, at least) a distant memory as the calendar prepares to flip to June.

When someone goes off as much as Arenado has this month (he’s one of baseball’s best hitters in May heading into Wednesday’s action when looking at wRC+) it’s always worth peeking at the side-by-side comparison. Just look at how much he outperformed his March/April numbers in fewer plate appearances.

And he still has three games left this month (Wednesday, Thursday, and Friday) to distance himself from the March/April production even more. This incredible performance has boosted his season-long statistics to levels we’ve become accustomed to seeing from Arenado, too.

After a disappointing 13-17 start as a squad, it’s not surprising that Colorado has enjoyed a winning month of May and is on the brink of getting back to .500 with the veteran third baseman leading the way.

The Peripherals to Prove It

With such a drastic change in offensive production, you better believe that some of Arenado’s peripheral stats look ridiculous when compared to one another. His BABIP has gone from .252 in March/April all the way up to .405 in May heading into Wednesday’s games. That’s obviously unsustainable for the long term, but his batted-ball profile has proved he’s earned it more than you’d originally think.

This complete about-face at the plate has basically brought each of these numbers to the same neighborhood as they were last year on a season-long level. Something that has made a noticeable change throughout each month is an improved strikeout rate.

As with any Rockies hitter, Coors Field has to be brought into the conversation. And like most Colorado hitters, Arenado has been much better at home (130 wRC+) than on the road (110 wRC+) throughout his career, but he’s still an above-average offensive producer.

While the third baseman’s home OPS (1.103) is significantly higher than his road OPS (.931), they’re still both incredibly good. Plus, there’s not a huge difference in wRC+ when looking at this specific split (150 at home, 139 on the road). He actually has a slightly higher ISO away from Coors at the moment, with nine of his 15 homers coming on the road.

The Rockies have struggled on offense as a team over the last couple years, so it’s important for guys like Arenado, Trevor Story, and Charlie Blackmon to carry the load. The organization’s third baseman didn’t dominate like usual in April, and they likely struggled part because of it.

He’s back now, though, and Colorado is reaping the benefits as they attempt to stay in the playoff hunt and reach October for the third consecutive season.